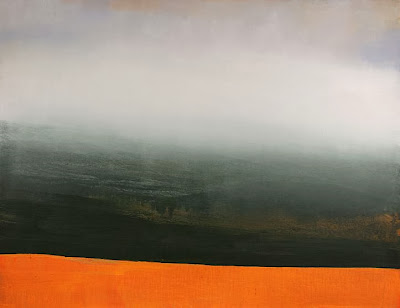 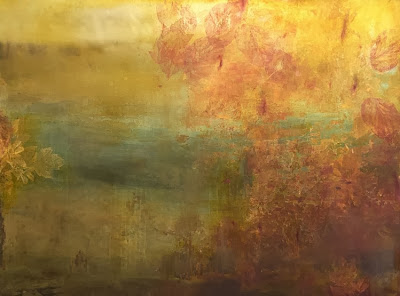 Golden Lake, 2009. According to the propaganda from his gallery,


Murado’s canvases are feats of technical virtuosity, demonstrating his facility with paint and ability to create paintings that are at once both abstract and representational. From a distance, this new body of work appears to approach photographic realism, but when viewed more closely the rural landscape imagery dissolves entirely. Murado is interested in the idea that our eye seeks recognizable forms, finding a visual narrative where there are only brushstrokes. Several of the new paintings include a solid block of bright color that stands in contrast to the subtlety and depth of the rest of the canvas—a continuation of Murado’s interest in juxtaposing movement with stillness and transparency with solidity. These bold vivid bands interrupt the suggestion of the nineteenth-century landscape painting, blending tradition and innovation to surprise and captivate.

Which, for gallery prose, almost makes sense. But still. 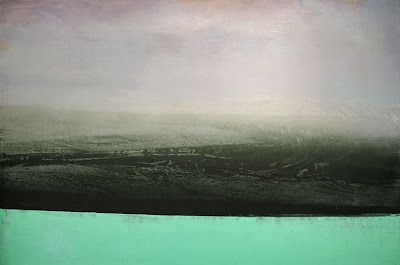 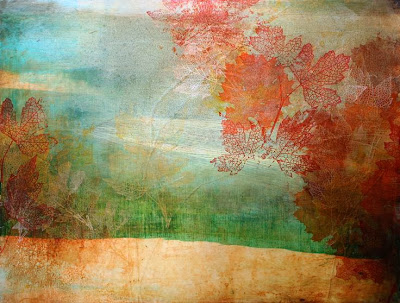 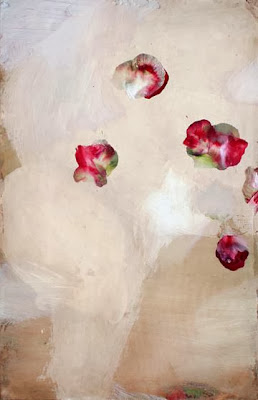 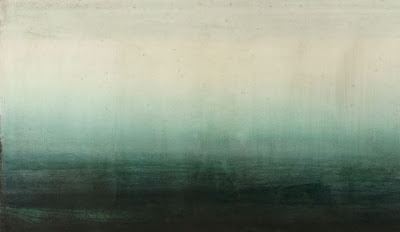