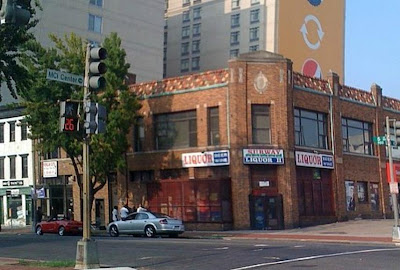 The developers trying to build an "arts center" along 5th Street Between I and K streets in northwest Washington keep hitting more roadblocks, including the high prices demanded by some property owners and the rules of the local historic district. The area might not strike a passer-by as particularly historic and it includes several derelict buildings and vacant lots. But, according to the city, that is part of what makes it historic. From the city's brochure describing the district:

The Mount Vernon Triangle Historic District is a physical remnant of this unique 19th and early 20th century mercantile neighborhood in Washington, DC. The district—a tight collection of 24 historic buildings amid vacant lots and recently constructed high-rises—provides a microcosm of the formerly lower-scale, but densely developed area east of Mount Vernon Square.

In northwest Washington, it seems, a neighborhood with any remaining signs that poor people ever lived there is a rare resource in need of preservation.
Posted by John at 1:27 PM