The Japanese and their Past 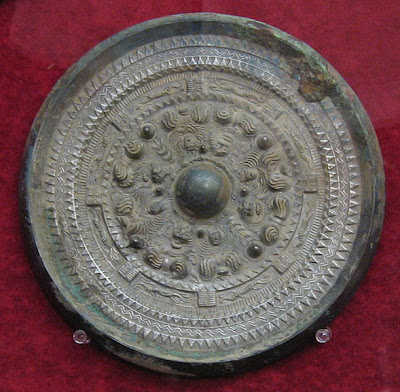 The Japanese have long celebrated their uniqueness and their deep relationship with the islands where they live. Their feelings about this relationship are so strong that most Japanese, even many Japanese archaeologists, have trouble accepting what archaeology tells us about the Japanese past:

Archaeologists have found evidence for two waves of migrants, a hunter-gatherer people who created the Jōmon culture and rice farmers who left remains known as the Yayoi culture.

The hunter-gatherers arrived in Japan before the end of the last ice age around 20,000 years ago, via land bridges that joined Japan to Asia’s mainland. They remained isolated until about 2,400 years ago when wet rice agriculture developed in southern China and was adapted to Korea’s colder climate. 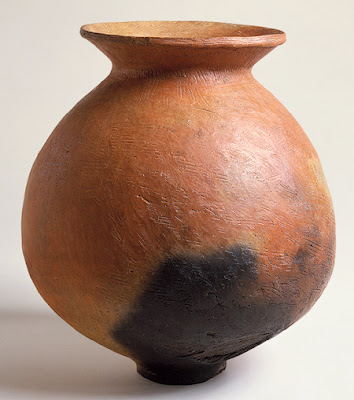 “There has been a gap in thinking,” said Hisao Baba, curator of anthropology at the National Science Museum in Tokyo. “Archaeology has made a lot of progress, but politics has made it difficult for the general public to take a critical look at their own past.”

The question of origin cuts to the core of Japan’s identity as they have long celebrated themselves as ethnically unique.

As such, archaeology in Japan until the 1950s had to conform to accepted belief and all archaeological deposits in Japan, no matter how old, were left by ancestors of the modern Japanese. Japanese archaeologists said Japan’s gene pool had remained isolated since the end of the last ice age, over 20,000 years ago.

Confronted with evidence that a sudden change had swept Japan in about 400 BCE — replacing the millennia-old Jōmon hunter-gatherer culture with a society that could grow rice and forge both iron weapons and tools — archaeologists attributed it to technological borrowing from the mainland rather than influx of a people. Even although recent analysis of skull shapes has shown the rice farmers who appeared 2,400 years ago were quite different from the hunters whom they replaced, it is still difficult for the Japanese to take this on board.

Not only did the ancestors of most modern Japanese arrive on the islands around 2400 years ago, already farming rice and making iron, they almost certainly came from Korea. It is almost too much for a Japanese nationalist to bear. One problem with the Korean origins theory is that the Japanese and Korean languages are not at all related. This is in the news again because of a new statistical study suggests that the Japanese language came to the islands around 2200 years ago, an excellent fit with the date of Iron Age migration. There must have been several languages in use in Korea at the time, one of which evolved into Korean and other of which went extinct after some of its speakers went to Japan.

The feelings some people work themselves into about things that happened 2000 years ago are a constant surprise to me. Surely 2400 years is enough time for the Japanese to have become "native" in their islands.
Posted by John at 7:01 AM