The Archaeology of Getting Drunk 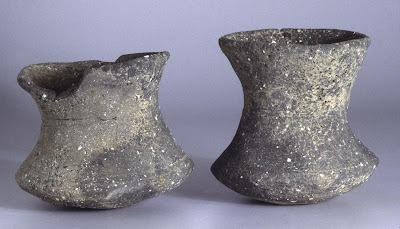 Smithsonian has a long feature on Patrick McGovern, the world's leading expert on the recreation of ancient alcoholic beverages. Among other accomplishments he helped the Dogfish Brewery recreate a drink from the 700 BC tomb of King Midas of Phrygia, which they sell as Midas Touch. The piece is fairly interesting, but I think this sort of talk is not quite right:

I keep telling people that beer is more important than armies when it comes to understanding people.

I agree with this in a limited sense. I have often remarked on the human obsession with drugging ourselves to change how it feels to be alive, and this is a very important fact about our species. As soon as people discovered how to make fermented drinks, this became a major part of their economies and their lives. McGovern likes to point out how prominently beer featured in many ancient labor contracts and the like:

For the pyramids, each worker got a daily ration of four to five liters. It was a source of nutrition, refreshment and reward for all the hard work. It was beer for pay. You would have had a rebellion on your hands if they’d run out. The pyramids might not have been built if there hadn’t been enough beer.

So, yes, what people drank is an important fact about them, as important as what they ate. You certainly cannot understand Middle Ages without noting how much people drank.
But I think the actual recreation of ancient beverages is a sideshow, more of a hobby than a way to further understand the past. I know that for some people being able to taste an ancient beer takes them back in time in a way that reading never will, so if that's your thing, go for it. I find, though, that all notions about how food and drink somehow express or define a civilization are wildly exaggerated. I don't believe that you can predict much about a civilization from knowing what they ate. I think the relationship between cuisine and anything else about a culture is pretty much random. Of course a culture must have reached a certain level of sophistication before it will have chefs experimenting on complex recipes, but what foods they choose to experiment on reflect geography and chance, not some essence of the culture. Is there some relationship between Italians' love of the good life, disdain for centralized government, and pasta eating? I doubt it. So when McGovern and other ancient beer enthusiasts discovery how the Phrygians or the Egyptians spiced their beer, I think that tells us quite specifically what sort of spices they liked in the beer.
Posted by John at 7:53 AM