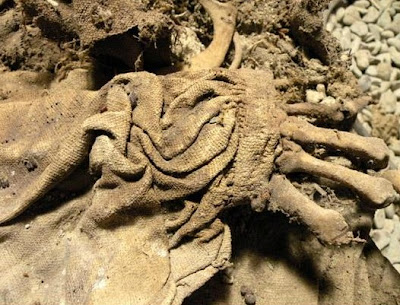 Italian authorities have announced the discovery of a cache of mummified bodies in a crypt at the church of Conversione di San Paolo Apostolo in Roccapelago, a remote village in the Apennines. The bodies were probably buried in the ground for a while before being dug up and then dumped through a trap door into the underground crypt. A total of 281 bodies were identified, of which 100 included mummified flesh. The clothes mark them as ordinary peasants and working people. They date to the mid 16th to 18th centuries AD. 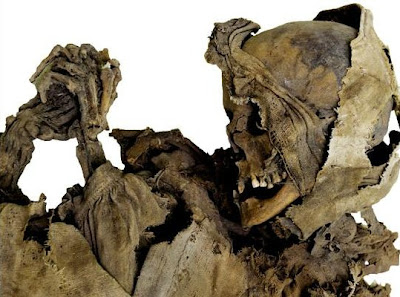 Some non-western people complain that western archaeologists don't treat their ancestors with respect and they view scientific analysis of bodies as a sort of imperialism, but consider how these Italian archaeologists are treating their own ancestors (with the full support of the church):

Study of the mummies, which has already started, reveals that several individuals were hard workers. Further investigations will try to shed light on the community’s lifestyle, the diet, diseases and hygiene. Research will include analysis of pathological conditions, osteological and histological examinations, investigations of teeth, DNA analysis, as well as the creation of 3D facial reconstruction of some of the most interesting mummies. 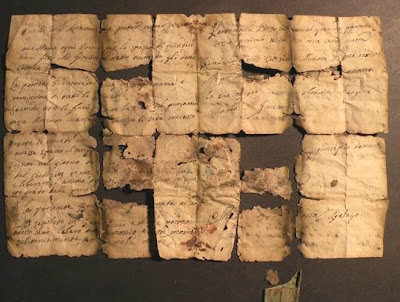 This was an interesting find:

The archaeologists also unearthed a well preserved letter. Known as "lettera componenda," it was supposed to serve as a sort of an agreement between God and the deceased. In the letter, the dead person asks for five pardons in exchange of prayers. The letter was found buried within the crypt and had probably been placed over one of the bodies.