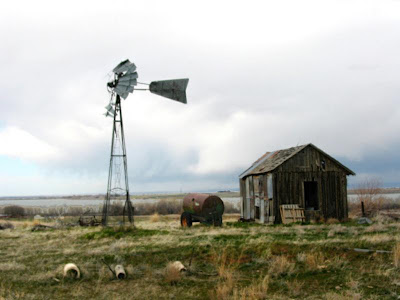 Dramatically cutting or eliminating direct crop subsidies, which totaled about $5 billion last year, has emerged as one of the few areas of agreement in the budget talks underway between the White House and congressional leaders of both parties.

In their recent budget proposals, House Republicans and House Democrats targeted farm subsidies, a program long protected by members of both parties. The GOP plan includes a $30 billion cut to direct payments over 10 years, which would slash them by more than half. Those terms are being considered in the debt-reduction talks led by Vice President Biden, according to people familiar with the discussions.

Reducing farm subsidies has long been one of the main goals of budget cutters. In this they are supported by advocates of hi-tech economic policy, who wonder why we shift money from new, dynamic sectors of the economy to the oldest; by healthy eating advocates, who complain that most of the money goes to corn and soybeans rather than fruits and vegetables; and urban populists who note that we hand out big checks to wealthy and corporate farmers. Cuts have always been opposed by farm state legislators, by conservatives who think farming embodies traditional values, and by rural populists who want to defend family farmers and other fading rural occupations. Now the conservative party has been taken over by anti-tax fanatics looking to cut all spending, and the rural populists have mostly gone extinct. So I expect we really will see some serious cuts in farm aid. Whether that will extend to the most bizarre and destructive parts of the system -- the sugar and cotton program -- remains to be seen.

I support these cuts, but I think everybody should understand what is going to happen if they are really made. Farm aid has been for 75 years a far-reaching program of social engineering designed to slow the emptying out of rural areas. When those payments fall, rural America will lose even more people, more small towns will vanish, more marginal farmland will return to scrub or -- near cities -- be built over with houses. The biggest farmers will take over yet more land, where they will use labor-saving, chemical intensive methods. The whole culture of farming, from 4-H and state fairs to tractor pulls, will disappear from yet more of the country.

Maybe I am wrong; maybe instead the land no longer producing soybeans will be taken over by organic farmers to raise fancy vegetables or heirloom goats. I doubt it, though.