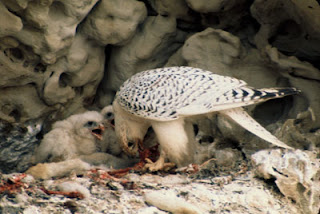 A 2,500-year-old bird's nest has been discovered on a cliff in Greenland.

The nesting site is still continually used by gyrfalcons, the world's largest species of falcon, and is the oldest raptor nest ever recorded. Three other nests, each over 1,000 years old, have also been found, one of which contains feathers from a bird that lived more than 600 years ago.

The falcons nest on cliffs, which helps to explain why they can use the same spots for so long. 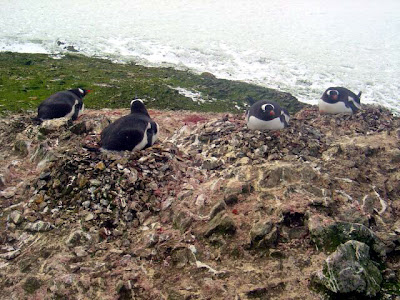 In the annals of bird conservatism, though, falcon nests turn out to be small change:

By carbon dating solidified stomach contents, peat moss deposits and bone and feather samples from various moulting sites, researchers have in the past shown that colonies of snow petrel have returned to the same sites for 34,000 years and adelie penguins for 44,000 years.