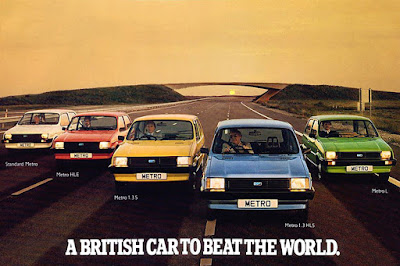 These days many Americans and Brits equate nationalism with conservatism and progressivism with openness to the world. But there is no necessary connection between these things, and the alliances have often been different. Consider socialist Britain in the 1945 to 1973 period, as seen by historian David Edgerton:


Clement Attlee, the Labour Prime Minister of 1945–51, is usually awarded a starred first by progressive historians. Edgerton thinks him overrated and misunderstood. Attlee’s government, he shows, fostered nationalism. It introduced peacetime conscription, under the euphemism of National Service, strove to make the nation more self-sufficient in agricultural production, protected manufacturers with tariffs, controlled the use of capital overseas, and introduced the British Nationality Act of 1948. The expensive process whereby the Attlee government took companies owned by private shareholders into public ownership was called “nationalization” rather than “socialization”. The controlling body of the state-owned coalmines was called the National Coal Board so as to sound patriotic rather than syndicalist. Labour’s vaunted welfare programme, which extended previous Tory provisions for the housing and health care of the working class so as to benefit the entire nation regardless of financial need, was named the National Health Service to chime with the contemporary mood. The old Poor Law system was replaced in 1948 by National Assistance. New versions of nationhood were strenuously promulgated by the Labour government of this period.

For at least two decades after 1945 the “United Kingdom” had proportionately the world’s largest and perhaps most uniform urban working class. Yet neither Labour nor Tory governments projected a proletarian “United Kingdom” image either in the colonies or overseas generally. Labour, Edgerton shows, consistently presented itself as a national rather than socialist party. Its manifesto for the general election of 1945 promised to “put the nation above any sectional interest”. “Socialism” was mentioned once, “socialist” twice, “Britain” fourteen times, “British” twelve times, and “nation” or “national” nearly fifty times. Similarly, Labour presented itself in its general election manifesto of 1950 as “the true party of the nation”.

What forced Britain to open itself to the world was, first, that it was steadily falling behind the US and Germany in standard of living, and, second, joining the European Common Market:


During the 1930s the Labour Party had opposed tariff protection as a device to prop up failing capitalism. After 1945, without explicit declarations, it relinquished free trade for economic nationalism with deleterious consequences, which Edgerton analyses with painstaking authority. For nearly thirty years, until British admission into the European Economic Community in 1973, the London government regulated the national economy by tariffs, quotas, import surcharges, Bank of England controls on capital exports, and draconian curbs on the cash that business travellers and holidaymakers could spend abroad. Consumers were badgered to “Buy British” even when products were of poor quality. As Prime Minister Harold Wilson and one of his backbenchers, Robert Maxwell, promoted the ludicrous “I’m Backing Britain” campaign of 1968. As Brexiteers and Corbynite protectionists prefer to forget, controls over imports before Britain joined the European Economic Community in 1973 were complex, chaotic, liable to sudden change and never reduced import bills by large margins. It was a system that brought the UK close to insolvency and necessitated the International Monetary Fund rescue of 1976.


Seven years after British entry into the EEC, the launch of the Austin Metro motor car in 1980 was disfigured by a xenophobic television advertising campaign with the slogan “A British Car To Beat the World”. The advert described Britain being “invaded by the Italians, the Germans, the Japanese and the French. Now we have the means to fight back!” Metros landed on a beach from Second World War landing craft, were driven through villages with bemedalled old soldiers saluting and Union flag bunting, while the foreign cars retreated over the Channel to the resounding tune of “Rule Britannia”.

The "neoliberalism" of Bill Clinton, Tony Blair, and Barack Obama was novel partly because it was both liberal and international. Neoliberal leaders thought the experience of explosive technological and social change in the open era of 1980 to 2008 showed that economic nationalism could never keep up, so it was necessary to keep nations open to trade and somehow keep the working class employed by other means

What has happened since 2008 is that workers in Europe and the US have said, to hell with openness. We want barriers to trade and migration back, and the factory jobs they protected.

But how can this be achieved in a world where left-wing leaders hate nationalism and think immigration restrictions are just racism, and where conservative parties are in thrall to business interests that have wax fat on free trade and openness? Most likely it can't, but the only people who seem likely to even try are cranky nationalists like Donald Trump and the Brexiteers.
Posted by John at 6:47 PM

It strikes me that this might have all simply been a ploy to get people to more readily accept policies and decisions that they would have rejected under a different label.

Consider that in 1951, Upton Sinclair wrote:

"The American People will take Socialism, but they won't take the label. I certainly proved it in the case of EPIC. Running on the Socialist ticket I got 60,000 votes, and running on the slogan to "End Poverty in California" I got 879,000. I think we simply have to recognize the fact that our enemies have succeeded in spreading the Big Lie. There is no use attacking it by a front attack, it is much better to out-flank them."

Obviously he was commenting on America and not Britain, but the general sentiment surely still applies. It's no secret that "Socialism" has been a dirty word for over a century, with people having been conditioned to reflexively reject anything bearing the label, without stopping to consider the actual content of anything.

If post-war Liberals wanted to get their chosen agenda accepted in a country where full blown Fascists still had a shocking degree of influence (see Oswald Mosley et al.), then how better to do that than to dress it in the trappings of Nationalism?

@G - I'm sure you're at least partly right about the rhetoric, but there were actual measures involved, too, like high tariffs on imported cars, motorcycles, and appliances, strict limits on the export of capital, and a refusal to join the European Common Market for its first 20 years.

True, but isn't that easily attributeable to compromise deals and the cost of doing business? They want to institute sweeping healthcare reform, so to help get the opposition to play ball they agree to allow this, that, or the other thing in exchange? Things like that?

PLEASE READ PLEASE READ PLEASE READ
Hello everyone, i would like to share my experience on this platform. i have been hearing of Blank Atm for a while and i applied through a few people but i was scammed, not until i found Mr George who saved me from scammers, i got my blank ATM card in 5 days after application and tried the encrypted card in an ATM machine and pos cash store to my greatest surprise i was able to withdraw $3000 and that was the daily rate i applied for. to be honest there is no risk involved the card is not traceable and has an infrared signal that blocks off CCTV during your withdrawals. i just payed my daughters tuition fee and cleared my mortgage debts, i am also richer and started a business that is doing fine. Mr George is really a life saver and he is very genuine. You can contact him with this email address: blankatm402@gmail.com
Best wishes