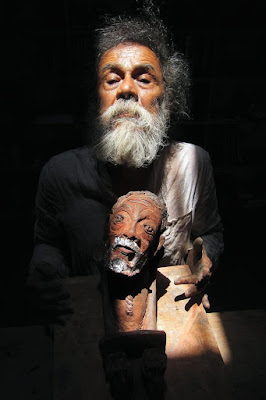 Mexican artist and activist born 1940, thought by many to be Mexico's greatest artist of recent times. 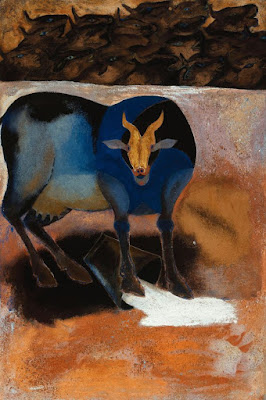 He was born in Oaxaca, a descendant of Zapotec Indians, and in his art he often returned to the scenes and animals of his childhood. He was especially attracted to those Indian folktales in which people and animals interact as equals. Critic Christopher Goodwin wrote, “Toledo’s is the art of shamanism, in which people are transformed into beasts and animals may take on human characteristics.” (Bad Cow, undated; it spilled the milk) 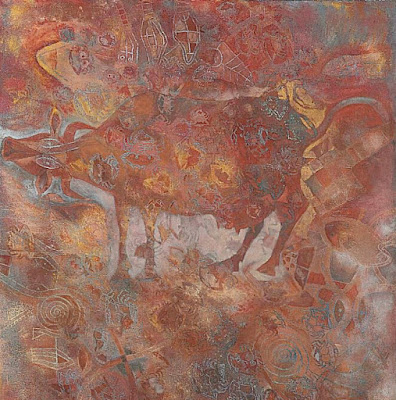 His parents recognized his talent when he was young and sent him to art school, and he eventually studied in Mexico  City and then in Paris. But in 1965 he abandoned Paris and went home to Oaxaca, where he lived for the rest of his life. Although we often involved in political causes, including historic preservation and anti-violence crusades, he never sought the limelight and gave few interviews. Eventually he stopped going to the openings of his own shows. (Red Cow, 1975, one of his most famous paintings, and the one to have sold for the most money. 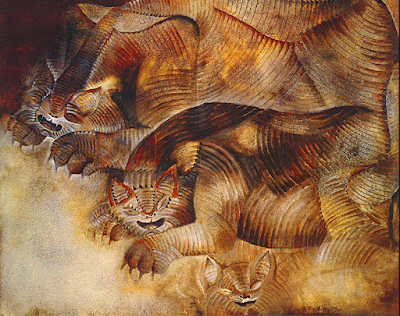 Paul Theroux wrote a long appreciation of Toledo for Smithsonian Magazine, from which I take this:


“Toledo has created a new visual grammar,” the Mexican writer Juan Villoro told me, when I asked him to assess Toledo’s uniqueness. “His colorful reality is a setting for fables where human beings are accidental witnesses of the real rulers of the world. Grasshoppers and iguanas, coyotes and deer, scorpions and frogs are the masters of that universe. But they don’t live in comfort or in the perfect boredom of paradise. Toledo’s ‘Garden of Earthly Delights’ is a world of troubles, passions, sexual attractions between different and sometimes opposed species. His nature is an enhanced version of the original model. His dreams are not a departure from reality: They are an extreme enhancement of the real.” 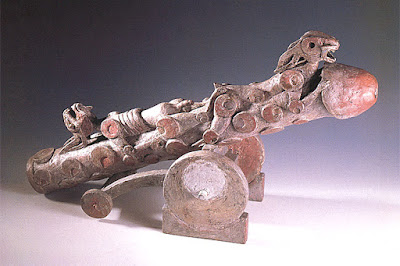 Toledo worked in many media: oils, watercolors, drawings, etchings, ceramics, plaster, and more. One of his most notable acts was painting portraits of 43 murdered school children onto kites and recruiting children to fly them with him. This is Rabbits Go to War, 1993; there is a lot of sexual imagery in Toledo's work, and apparently there is a lot of sex in Oaxacan folk tales. 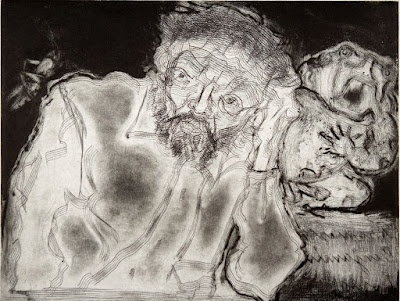 Toledo created a staggering body of work, more than 9,000 items by the incomplete official count. Self Portrait with Toad and Grasshopper, 1993. 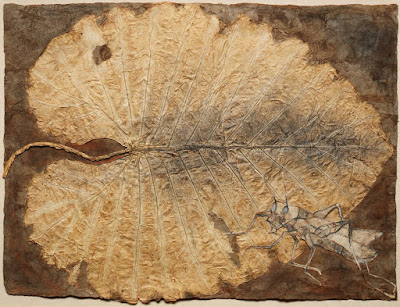 Toledo lived, it seems to me, a good life: he saw the world without losing his comfort in his home, he married and had children, he was loved and admired by many. He lived as he wished, being enough a part of the art world to get attention and earn a living, but never being sucked into its turmoil; he was involved in the politics of his home but never gave up his private life. He created many things that gave people pleasure and aroused their sense of wonder. Leaf and Grasshopper, 1992 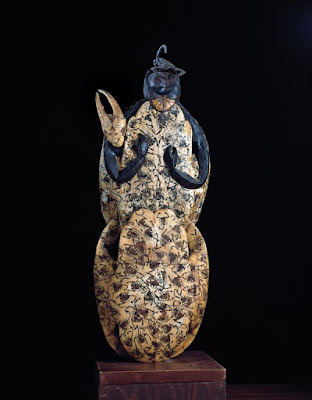 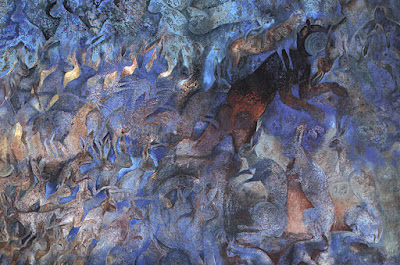