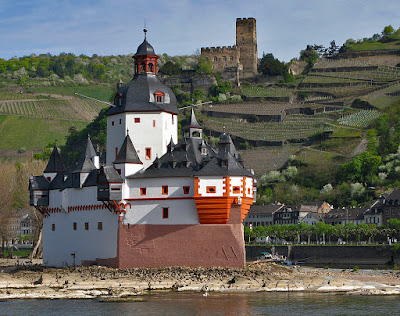 I have posted here before about fake castles; but here is one that looks fake but is an actual medieval fortress. 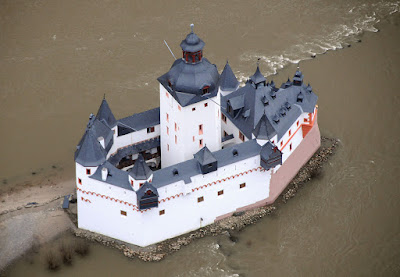 Pfalzgrafenstein Castle sits in the Rhine River near the town of Kaub, where the great river is confined between cliffs only 250 m (800 feet) apart. This creates dangerous rapids, and before nineteenth-century dredging and rock-dynamiting the river was passable only in a narrow channel near the east bank. That made Kaub the perfect place to collect tolls. 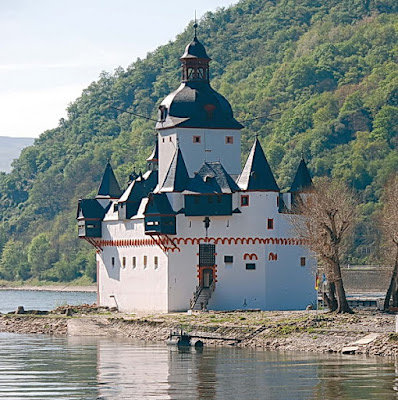 So in 1326 the Holy Roman Emperor Ludwig the Bavarian -- scion of the Bavarian ducal house, the Wittelsbachs -- built the keep of this castle and began enforcing a steep toll. People from the Pope down protested, but Ludwig thumbed his nose at them, and the toll collecting went on, ending only in 1867. 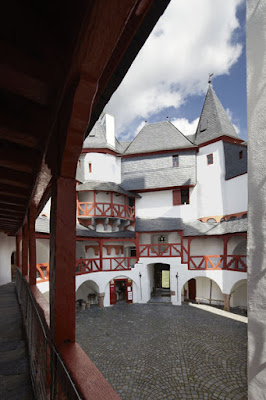 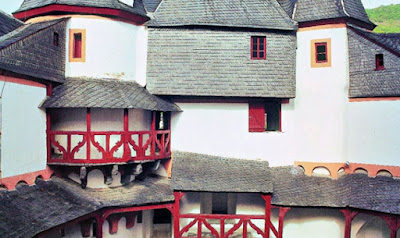 Ludwig expanded the post by building the hexagonal outer wall in 1338 to 1340. 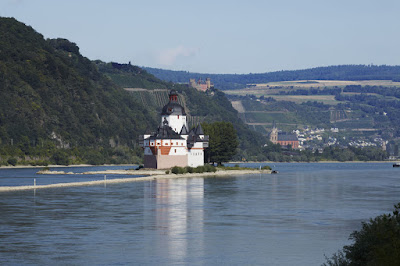 Ludwig made himself unpopular in many other ways beyond the toll collecting, so he was not able to pass his imperial crown on to his son, and the princes elected Charles IV of Luxembourg instead. 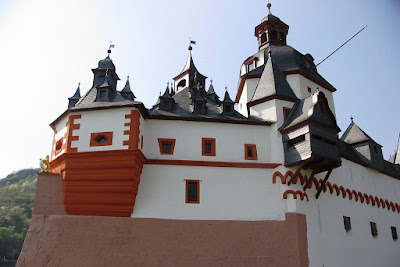 The cute tower roofs were added in the seventeenth century, but most of the stone work dates to the fourteenth century. 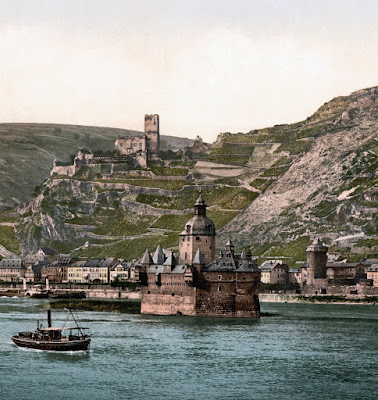 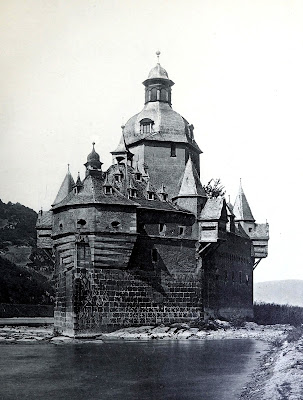 In the nineteenth century the castle looked like this and was the subject of many Romantic engravings. 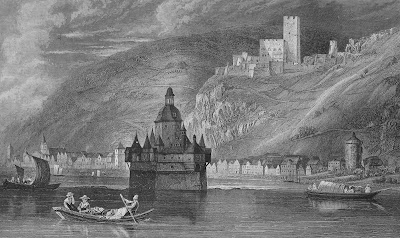 But after it became a museum in 1946 the curators decided to restore it to its 17th-century appearance, and back then it was plastered and whitewashed. 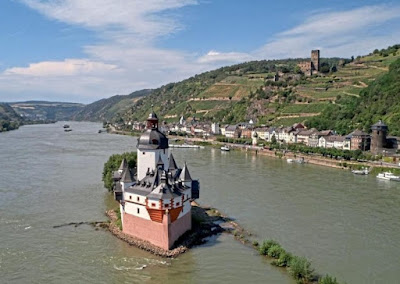 Still, what an amazing thing to see from the river.
Posted by John at 9:47 PM

Was this actually a lord's residence, and therefor a castle? Or was it just a fort? Wikipedia calls it a castle, but is unclear on if it was a residence proper.

Not a residence, just a toll station.