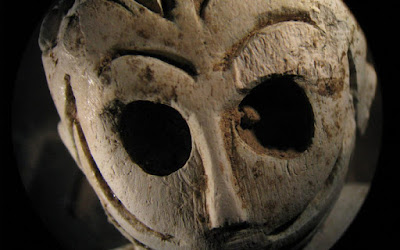 One of the most interesting ongoing digs in Europe is at the Perdigões Archaeological Complex in Portugal. This site was discovered in 1996 during the planting of a new vineyard and has been very intensely dug. 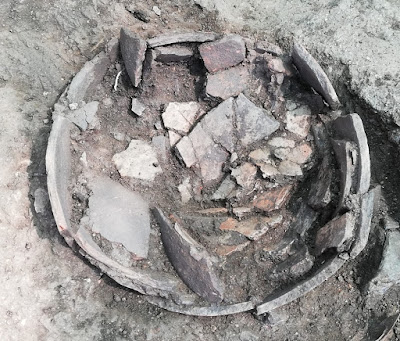 The site was occupied from around 3500 to 2000 BC, from the late Neolithic to the early Bronze Age. This spans the period of the Bell Beaker culture, which seems to have originated in Portugal. (Smashed pot.) 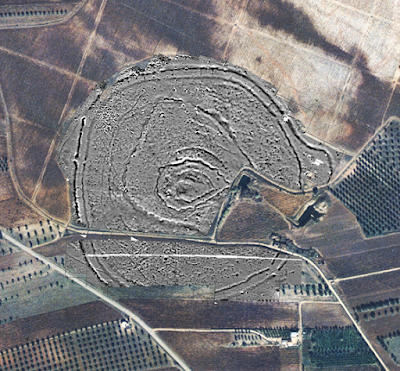 In form the site is a series of concentric circles, here shown as defined by magnetometry. The diameter of the largest circle is 450 m, or 1500 feet. It began as a ceremonial enclosure defined by a ditch and bank, along with some standing stones. The first burials were outside the ceremonial core, but over time the site expanded and the burials were included within the enclosure. 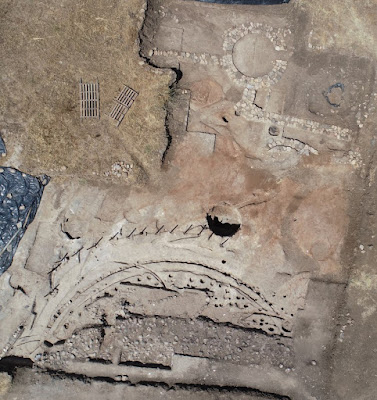 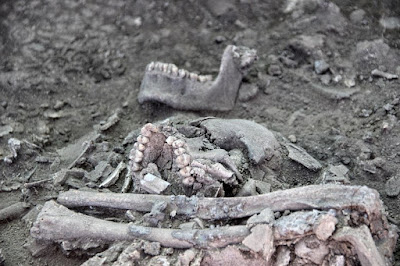 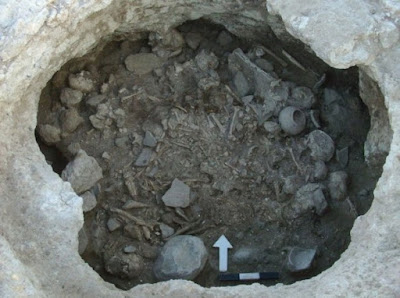 The burials are of many types: single, group, intact skeletons, and dismembered skeletons. During the Bell Beaker period in particular (2800-2300 BC) the residents liked to cut skeletons up and arrange the body parts in various ways. 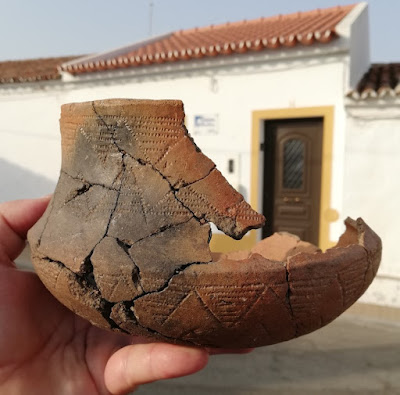 During the Beaker period the site may have been re-oriented to face the winter solstice sunrise. 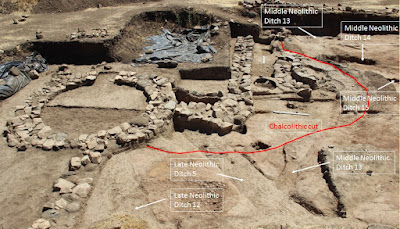 There were structures in the enclosure, but it is not known whether this was any kind of settlement; most of the animal bones recovered seem to relate to ritual feasting rather than everyday life. 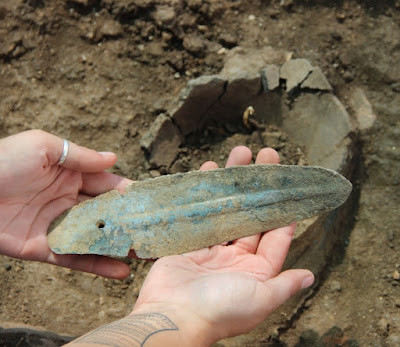 The site has produced a wonderful array of artifacts, like this copper blade that may be an axe head. 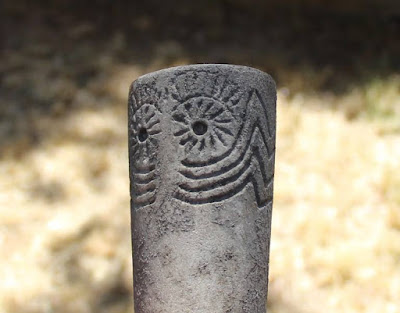 And numerous figurines, some made of elephant ivory. 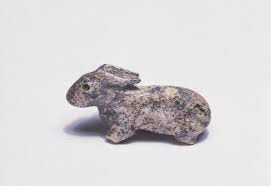 It's a truly amazing site, and ongoing analysis of the bones (DNA, chemical elements) will add even more to our knowledge of this distant time. The project has all sorts of social media presence, including a terrific blog, so you can find lots of information about the ongoing project online.
Posted by John at 1:09 PM