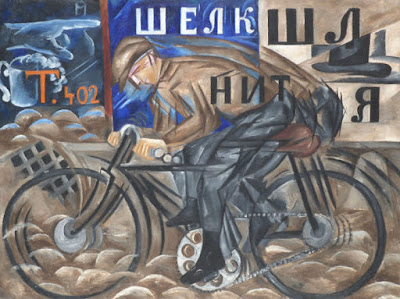 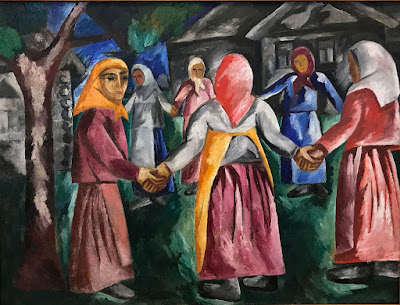 She was born into an aristocratic landowning family and she did many images of happy rural life. (Khorovod, 1910) 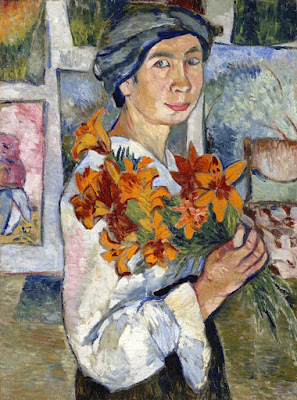 She moved to Moscow in 1892 to pursue her education in a series of boarding schools and colleges. for a while she pursued a scientific career but ended up switching to art. (Self Portrait with Lilies, 1908) 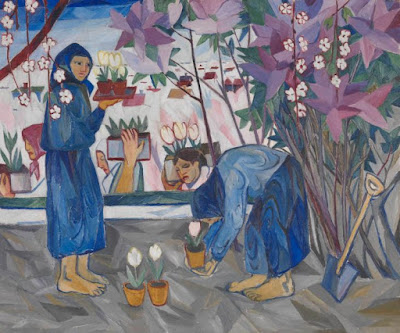 Beginning around 1906 she entered the avant garde art scene in Moscow, joining groups with names like Jack of Diamonds and Donkey's Tail and participating in what would later be called "happenings." But her interest in western art was always mixed with a love of old Russian imagery, including religious scenes. I have had trouble learning anything concrete about her personal religious beliefs, but it looks to me like she was spiritual in the Blavatsky/Steiner way, like many other artists of her time. (Gardening, 1908) 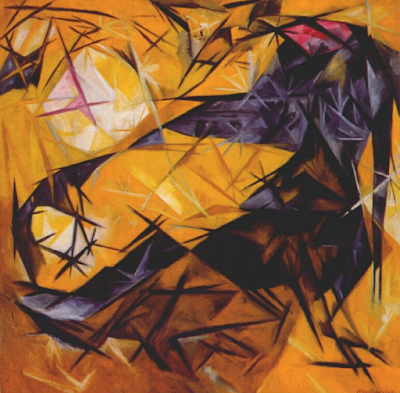 Cats, 1913, in a style Goncharova invented and called Rayonism. One of the most interesting things about Goncharova is that she simply loved making art and never showed any sign of being tortured about it. She said that everything she did expressed her joie de vivre. 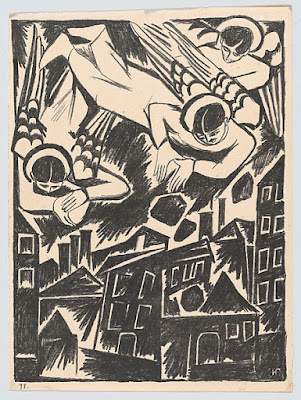 After war broke out in 1914 Goncharova produced a long series of these prints, titled Images of War. This is The Doomed City. 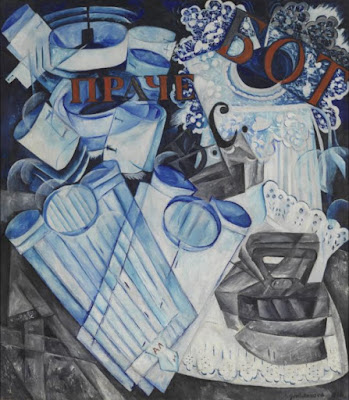 She did not flee Russia immediately after the Revolution, but stayed until her husband and several of their friends were attacked in the Bolshevik Press for copying western art. Seeing the writing on the wall, the moved to Paris. (Linen, 1913) 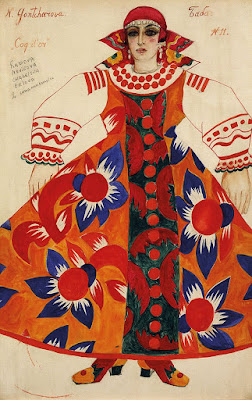 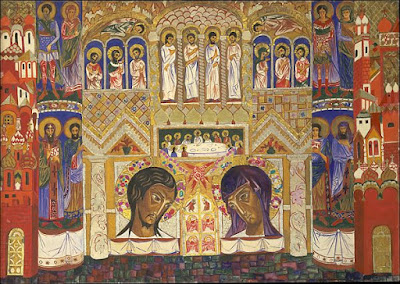 After moving to Paris she was involved with  the Ballets Russes, which impressario Sergei Diaghilev operated partly as a home in exile for Russian artists. She first caught the attention of Parisian artists and critics through her set and costume designs. 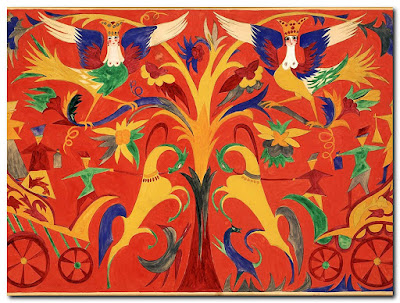 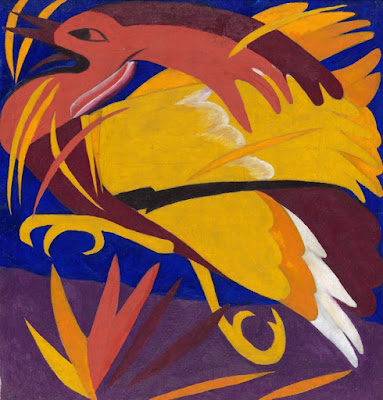 In those designs she employed many Rusian folk motifs, like these. When she was once asked how she felt while painting, she said, "free and full of courage."
Posted by John at 8:01 AM