Today's Place to Daydream about: The Orkneys 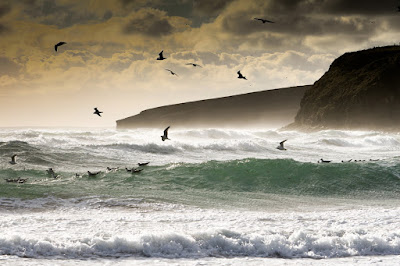 The Orkneys are a rainy, windswept, sea-lashed chain of about seventy islands, home to millions of seabirds, hundreds of dolphins and whales, myriad wildflowers, and amazing monuments that mark 5,000 years of human history. 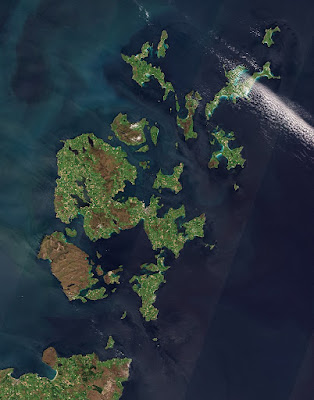 The southernmost islands about 10 miles off the north coast of Scotland. Only 20 islands are inhabited by humans, the rest being left to terns, gulls, majestic sea eagles, puffins, and feral sheep that feed on seaweed. 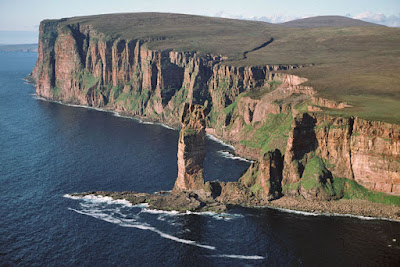 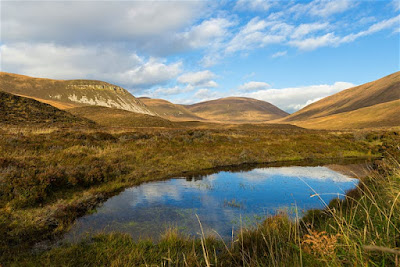 Parts of the islands are rocky, with spectacular cliffs and scenery like the west Highlands. 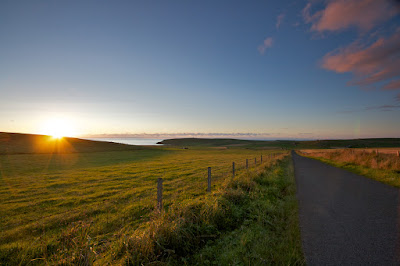 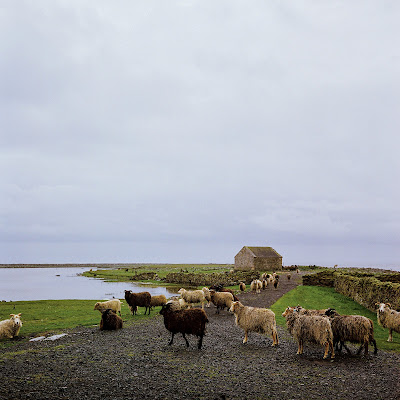 Other parts are low and sandy. 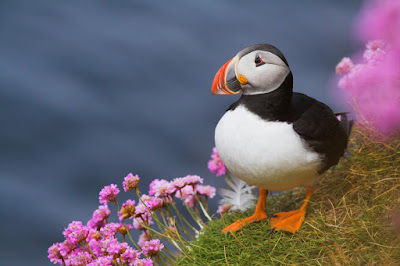 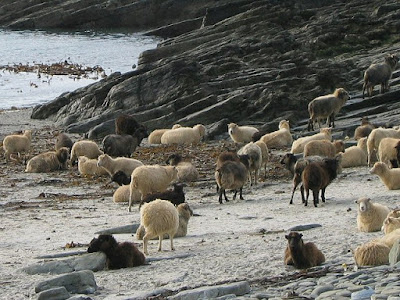 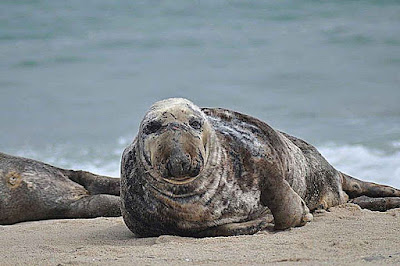 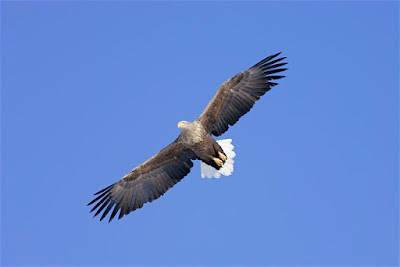 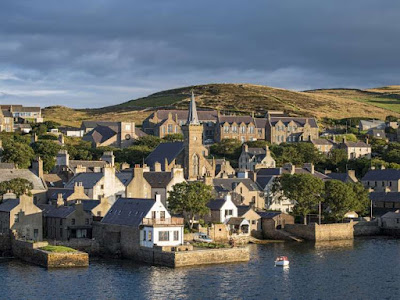 The biggest town is Kirkwall on Mainland, the biggest island; this is the old harbor. Kirkwall was founded by Vikings who took over the islands in t he ninth century, holding them until 1468, when they became part of Scotland as the dowry of a Norwegian princess. 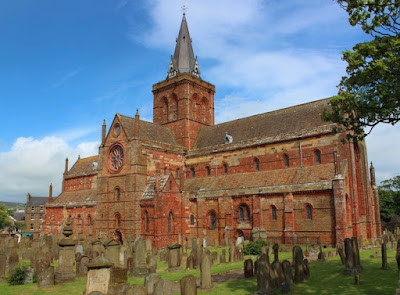 Kirkwall is home to St. Magnus Cathedral, built by the Viking Jarls. Construction began in 1137 and it was essentially complete by 1400. 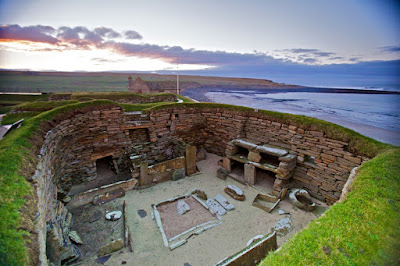 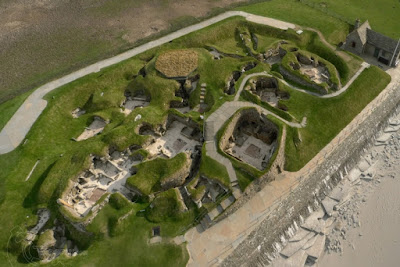 The most famous monuments of the islands are Neolithic. These include the wonderful little village of Skara Brae, c. 3200-2200 BC, buried in sand and then partially exposed by a great storm in 1850. Love the stone furniture. 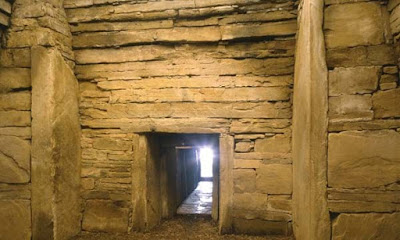 There are several great tombs, most notably Maeshowe on Mainland and the Tomb of Eagles. 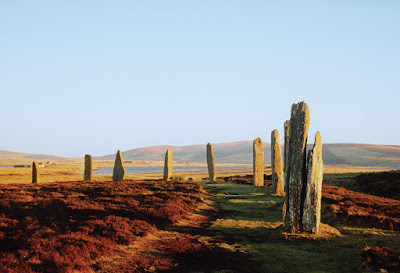 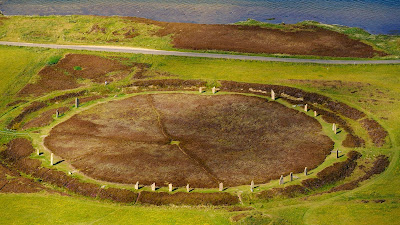 There is a famous stone circle, the Ring of Brodgar. 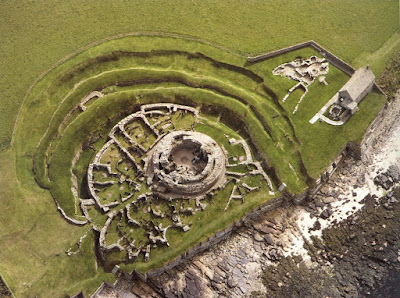 And two great Brochs built by Picts in the 1st millennium AD. 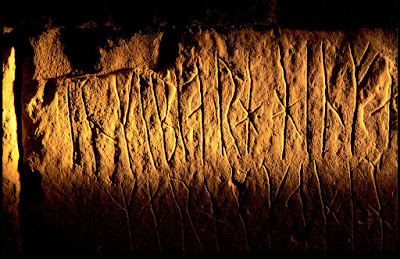 I especially like the layering of history one can find. For example, some Vikings dug their way into Maeshowe, probably in the 12th century, and left about twenty runic inscriptions. Most are just graffiti --  Haermund Hardaxe carved these runes, Ingebjork is a fair widow -- but one records that in 1153 the men of Jarl Harald broke into the mound in search of treasure to fund their Crusade to the Holy Land. 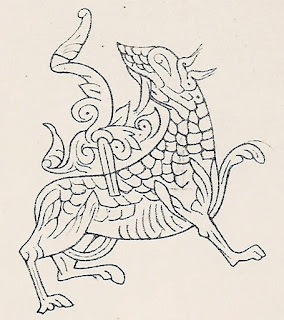 Some Viking also made the famous little carving known as the Maeshowe Dragon, the model for thousands of pieces of jewelry. 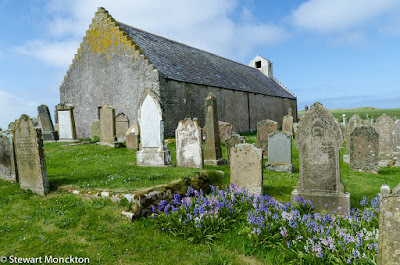 Seems like a wonderful place to be on this slow Sunday afternoon. 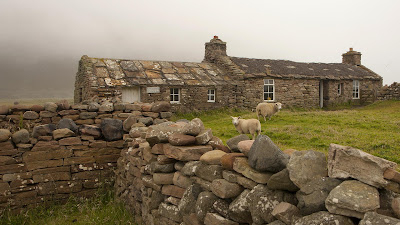