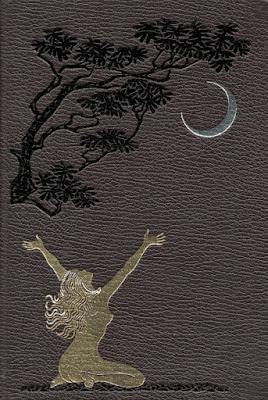 During tournaments, chess grandmasters burn calories like marathon runners. The average top player loses 10-12 pounds over the course of a 10-day tournament, and a championship match had to be cancelled in 1984 after Anatoly Karpov lost 22 pounds.

Cryptography in Renaissance Venice. They had an official Cryptographer by 1506.

"Pseudoaddiction" has become a hated word for drug companies pushing opiates and has even been denounced in the US Senate, but really it is one way of trying to understand the very complex problem of who should get pain killers and how much. Sometimes people begging for more morphine are addicts, but sometimes they are just in terrible pain, and if you think it is easy to tell the difference you should read this article.

Excellent long article by Robert Wroth on the hell that is Yemen at war, with some background on how it got that way. Trigger warning: awful photos of famine victims.

In Nairobi, concrete tenements are replacing shacks as the main housing for the poor. How you feel about this news might say something important about you.

The Free Library of Philadelphia owns a copy of Shakespeare's First Folio, printed in 1623, that was annotated in the 17th century. Jason-Scott Warren claims the annotator was John Milton, and several scholars have chimed in and said they agree.

Brazil as a green country:


It is unfair to single out Brazil for criticism. It is one of the world’s greenest countries: over 60 per cent of its territory is covered with natural vegetation, its agriculture grew based on productivity gains and technology rather than land expansion, and about 45 per cent of its energy comes from renewables, compared with a global average of 14 per cent. It also has one of the world’s most stringent land usage regulations, known as the forest code. How many farmers around the world are required to leave aside 20-80 per cent (depending on the biome) of their native forest land?

Amusing obituary of a lifelong prankster.

Remembering the time when two Viet Cong commandos sank a major US warship in Saigon harbor. The North Vietnamese put this on a postage stamp, but the US government denied it had even happened and I just learned about it today.

Following the Transumanza in Italy, the ancient journey of cattle from summer to winter pasture, very authentic except for the tourists and the two documentary film teams.

This week's web site: Orkneyjar, a wonderful collection of articles on the history, archaeology, folklore, and everything else about the Orkneys.
Posted by John at 10:25 AM

The obituary was absolutely heartwarming. An everyday hero, making the world just a little more absurd and wonderful.