The Belt Buckles of Alta-Tey 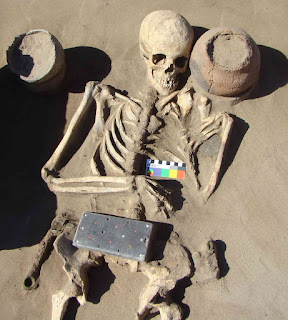 In 2016, Russian archaeologists excavated a spectacular cemetery at the site of Alta-Tey in the Russian Republic of Tuva, in southern Siberia. The site was in the process of being drowned by a reservoir behind a new dam. The results of the dig have just been published. 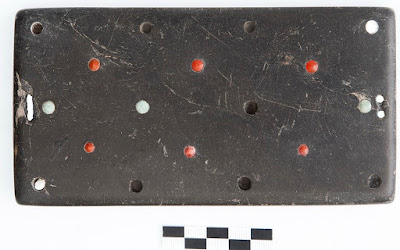 One woman was buried with this huge belt buckle made of a plate of jet inlaid with turquoise and carnelian. 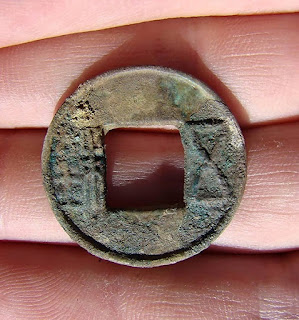 The belt was also decorated with Chinese coins, which allowed the grave to be dated to after 140 BC.

Nor was that a unique item; this burial had a similar buckle. In this cemetery all the elaborate burials were women; the men had strictly utilitarian items. 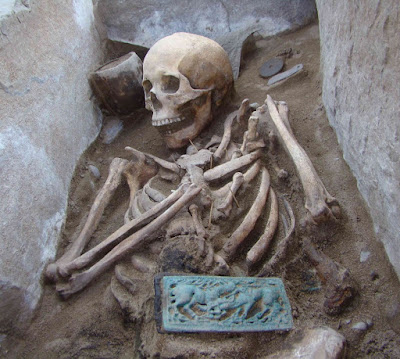 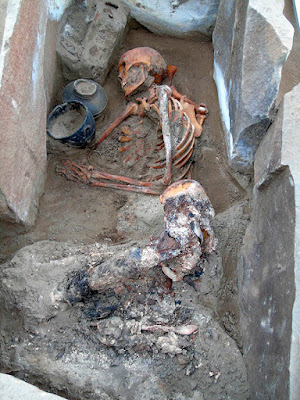 And there were more burials besides, with jewelry, pots, and tools associated with women's work, such as spindles and loom weights. Amazing.
Posted by John at 8:09 AM