The California Condor, Nature, and Us 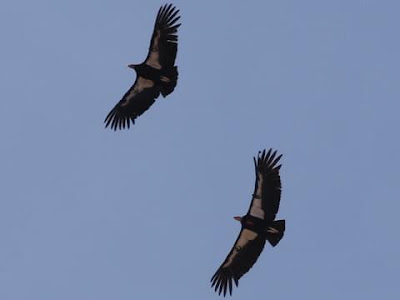 In 1982 there were only 23 California condors left, and the species seemed doomed. They are large, long-lived, slow-breeding birds who seem wedded to their particular home territories and reluctant to move on when their old ranges become untenable, so between lead poisoning, DDT, habitat loss, illegal hunting, and other human threats they were perched on the brink of oblivion.

After years of wrangling and hand wringing, environmentalists reached an agreement with the US and California governments to trap all the remaining wild birds and bring them to a captive breeding program. So as of 1987 there were no more wild condors. People protested; one environmentalist said "that it was better to allow the last remaining condors to die in the wild with dignity than be put in a zoo."

Now there are 300 wild condors, with 200 more in the breeding programs. The breeders have figured out how to multiply the birds' naturally slow reproduction; for example, condor pairs almost always raise only one egg, but if you take the first egg away and put it in an incubator for a couple of days they will lay a second, and rear both chicks.

Today there are condors in western skies again, proving that we can save a lot of species if we really want to. Yet every time we do something like this we put another stamp on the natural world. Who knows how the species we have done this to (Florida panthers, pandas) have been changed? And how we have changed the environment with our massive efforts to save animals we care about?

Whether we like it or not, we are in charge of the planet. This is why I support efforts to bring back extinct species like mammoths; I don't see much difference between that and our efforts to save the condor.
Posted by John at 8:10 AM