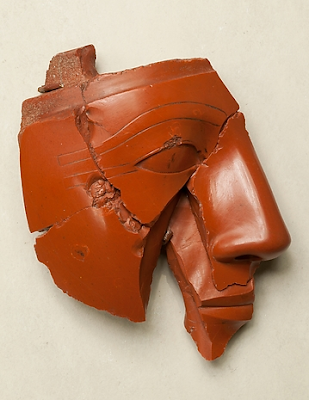 In 1620 astronomer Johannes Kepler had to spend a year of his life defending his mother against a charge of witchcraft. (And here.) There is an opera about this trial.

Great NY Times map of this year's flooding along the Missouri and lower Mississippi.

Against student evaluations of their professors. This study claims that the more work you assign, and the more you ask students to step out of their comfort zone and try new things, the worse your evaluations.

The weird negative view Americans have of their country: 90 percent think the divorce rate is increasing, when it actually hasn't gone up since 1975 and has been declining for a decade. I suppose they really just mean "too high." You see the same thing with teenage pregnancy, and nearly half the country thinks the violent crime rate is going up, when is has fallen by nearly half since it peaked in the 1980s. Some Americans are determined to think the place is going to hell, evidence to the contrary be damned.

Los Angeles signs a deal to buy power from a complex of solar plants and giant batteries at 3.3 cents per kilowatt-hour, one of the cheapest such deals ever; remember, coal-generated power costs about 6 cents per k-h. This deal has been controversial mainly because it will close three natural gas-fired plants and throw hundreds of union workers out of their jobs, but the city went ahead despite protests.

Reprise for Friday the 13th: Why the Number 13 is Unlucky.

The Trump administration emails the captains of tankers suspected of carrying Iranian oil and offers them millions of dollars to pilot the ships to a port where the oil can be impounded. So far none have accepted, possibly because the emails look too much like Nigerian Prince scams. "I'm the US Representative for Iran, and I have a million dollars for you!"

Rudy Giuliani's divorce: as operatic, over-the-top, nasty, vicious, and public as everything else about his life.

Review of The Atlas of Ancient Rome, with sample maps and illustrations; looks amazing.

Omar Aziz reflects on being a young Muslim boy in America when the towers fell.

Tanks are highly vulnerable on the modern battlefield, where even terrorists have missiles:


Iraqi M1 Abrams tanks not only failed to prevent he capture of Mosul in 2014, they were captured and turned against their owners. In Yemen, numerous Saudi M1s were knocked out by Houthi rebels. Turkey, which had lost a number of M60 Pattons and upgrade M60T Sabra tanks to Kurdish and ISIS fighters eventually deployed its fearsome German-built Leopard 2A4 tanks. ISIS destroyed eight in a matter of days.

Tanks are highly vulnerable on the modern battlefield, where even terrorists have missiles

Not a single one of the tank designs mentioned is less than 40 years old. The M60 is from 1959; the Sabra is essentially just an M60 with a better guns, some extra "Appliqué" armor layered on top, and modern electronics; the Leopard 2A4 is from 1979, and was obsolete almost as soon as it was introduced; and the M1 Abrams is from 1980.

Note also that the development process is slow, and that it takes several years for tanks to actually get into usage afte design is finished. The newest tank of the bunch, the Abrams, was designed between 1972 and 1975.

These are all Cold War era tanks, designed and built using all the theory and technology of the battlefields of the 1970s or earlier. Even the Abrams will soon be half a century out of date in terms of design.

Tanks overall are facing a crisis of obsolescence. Their inherent limitations have left them basically unchanged for decades, while the threats they face from ground and air forces have continued to grow with each new technological advancement.

Most "new" tanks across the globe are simply upgrades to old tanks, trying to give them bigger guns, more armor, and modern electronics and communications systems. But it's not really enough - missiles and bombs have long been incredibly effective answers to the problem of tanks, they've just been too expensive for anyone other than the biggest militaries to rely on. Now the cost has dropped, and the big players can no longer rely on their shield of money to spare them.