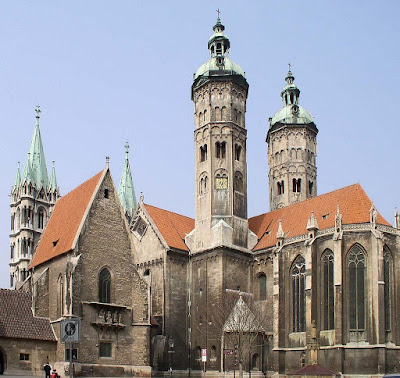 Around the year 1000, Markgraf - Count of the March, or Borderland - Ekkehard I founded a new town in eastern Germany. They called it New Town, like hundreds of other places founded in that era as Europe embarked on a 250-year growth spurt; in German, Naumburg. Ekkehard had the clout to have his new town made a bishopric, and construction of the cathedral was underway by 1030. Ekkehard had not lived to see it, since he was assassinated in 1002; it was a tough time. 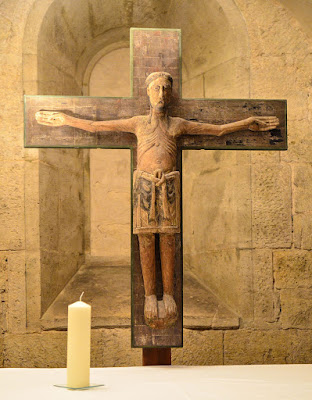 Of that first cathedral only parts of the crypt survive, along with this 12th-century crucifix. 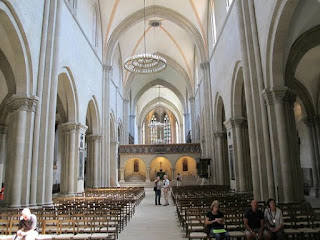 A complete rebuilding of the church began in 1210, still in the Romanesque style. 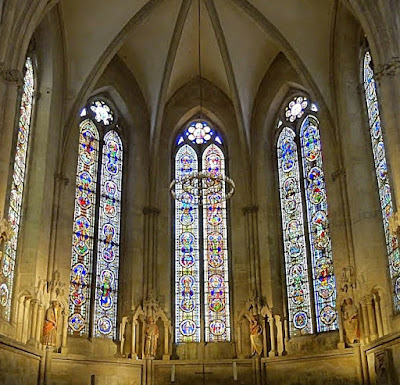 Then in 1250 construction began on a new choir, this time in the Gothic idiom. The architect is known to us as The Master of Naumburg, and his touch has been detected in other German cathedrals, including Mainz and Strasbourg. 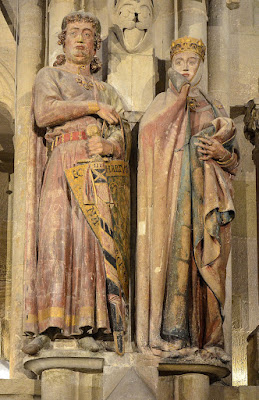 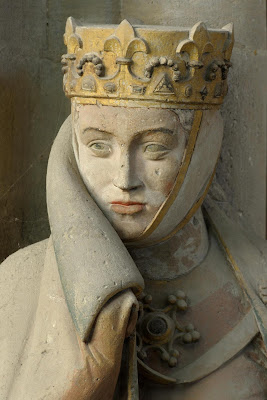 Besides the structure the Master was responsible for the remarkable early Gothic sculptures, the most famous thing about the church. These are not saints but the secular founders of the town and the cathedral: Count Ekkehard II, Margrave Hermann of Meissen, and their wives, Uta and Reglindis. (Ekkehard and Uta above) 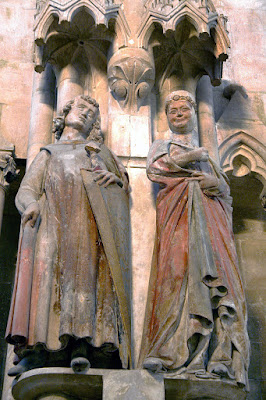 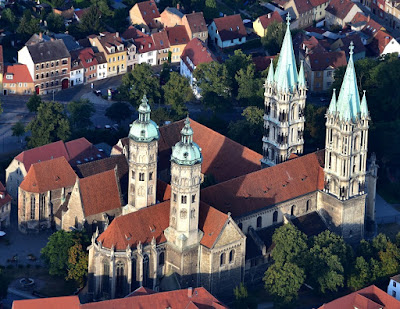 Construction continued into the sixteenth century, when the upper reaches of the towers were rebuilt. 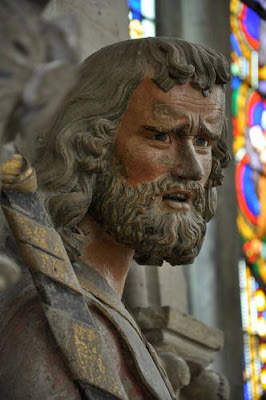 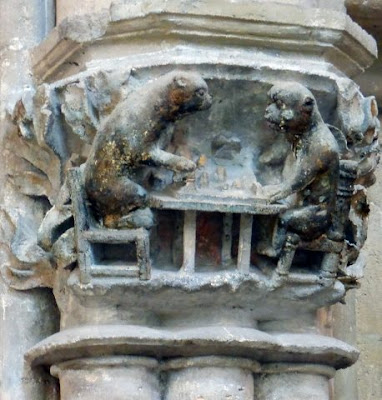 There is an amazing array of medieval sculpture. 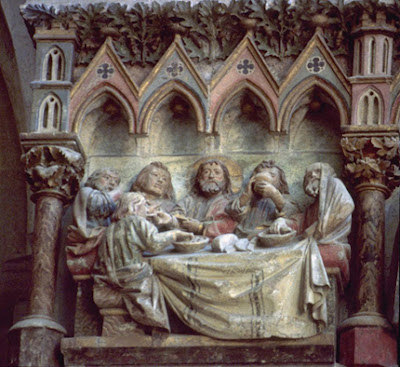 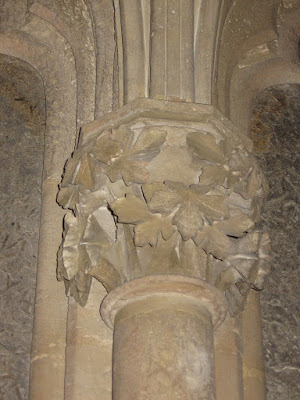 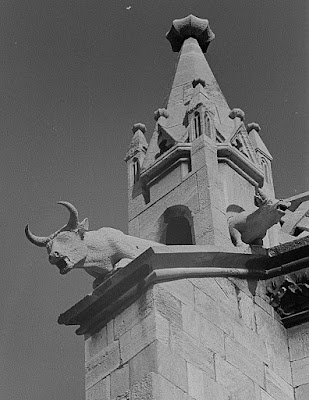 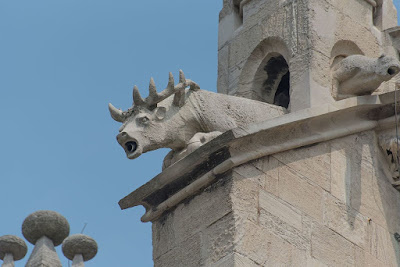 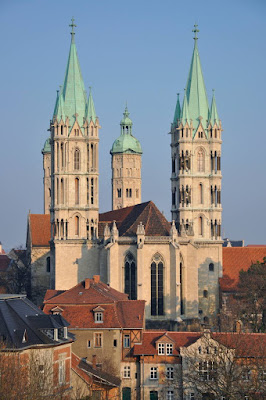 The choice of a moose / elk for a gargoyle seems curious to me.

They have lots of weird gargoyles, including regular-looking people.

The cows seem merely whimsical, but the elk in particular struck me as odd, because their modern range is far removed from Germany.

That said, it got me to do a bit of reading, and it seems that their range was far larger in Medieval times, and they would have been fairly common in Germany.

Also, it seems they're making something of a comeback in Germany as of late, showing up in places they've long been absent, startling modern Germans, trashing gardens, getting hit by motor vehicles on highways, wandering into office building lobbies at night and getting trapped, that sort of thing.