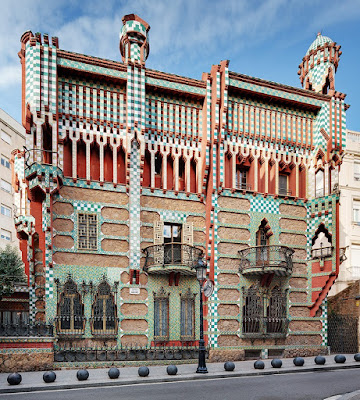 Casa Vicens in Barcelona was the first house designed by Antoni Gaudí; he created this in 1883 when he was 31 years old. It was built as a summer home for Manel Vicens i Montaner, a businessman whose interests included tile manufacture. 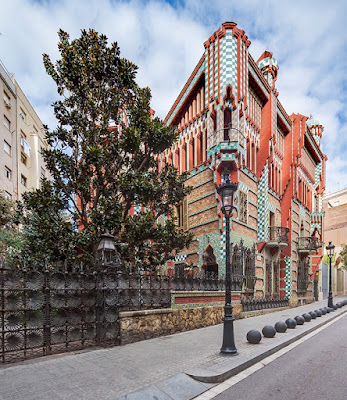 It was a private home until just a few years ago and was never open to the public; lately it had gotten quite run down. Then in 2014 it was purchased with funds provided by a Catalan bank with the aim of turning it into a cultural center. 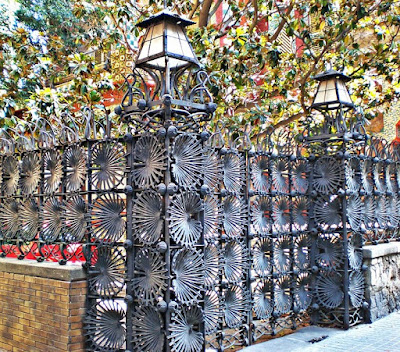 A major restoration effort has been under way since 2015, and the center is scheduled to open in Fall 2017. 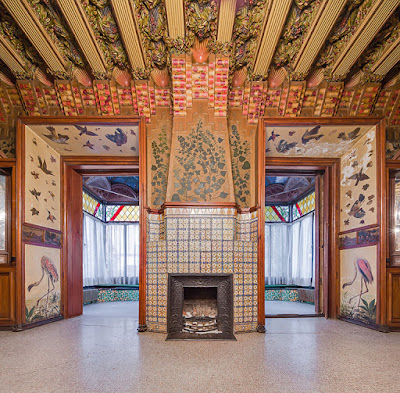 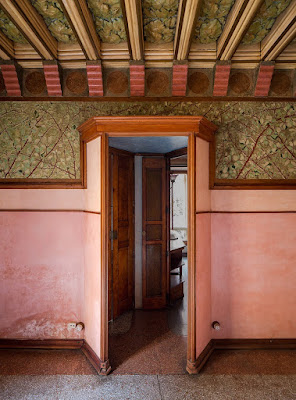 Interior details. You can see that Gaudí was not content to design just the outlines of a house but wanted to shape the whole experience of living there, down to the furniture and the lighting. 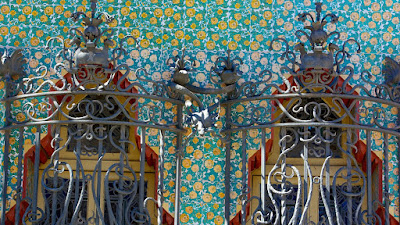 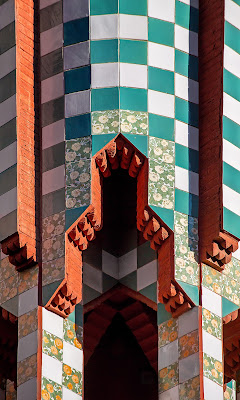 The house shows many of Gaudí's themes, especially his fascination with medieval Moorish architecture.

More on Gaudí's houses here and here; on his parks here.