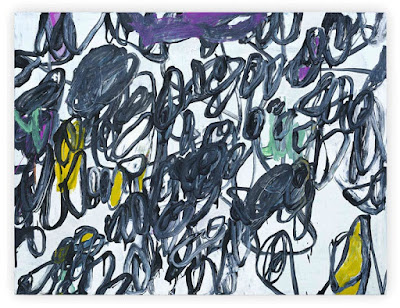 If we can believe the numbers from the world's mental health authorities, we are in the midst of an anxiety epidemic. Here's one number that can stand for many:


In 1980, 4% of Americans suffered a mental disorder associated with anxiety. Today half do.

At the Guardian they think it's fundamentally a political problem:


Critics of the 30-year rise in the belief system that holds that economic and social wellbeing originates in as much individualism and free market as possible (along with diminished social, public and state institutions) usually focus on the exterior consequences, ranging from heightened inequality to weakening rates of innovation, investment and productivity. They are right, but there is another less frequently made criticism – what this worldview is doing to our mental lives.

Happiness – when individual liberty is seen as all-important – lies in exercising choice and taking responsibility for our own lives. Get the choices right, and self-realisation, self-fulfillment and happiness will follow. Get them wrong and you risk mockery and marginalisation. Teenagers know as never before that they must get their choices right, pass their exams – and many will have 24/7 parents “helping” them in their quest. However, the act of making many choices with necessarily imperfect information perforce induces anxiety and stress – and once they are made, happiness does not automatically follow. Small wonder that teenagers in general, and teenage girls in particular, find the whole experience traumatising – as do their elders, even if they have better-developed emotional and psychological resource to deal with it.

This makes a certain amount of logical sense, and the timing seems to fit perfectly with the rise of "neo-liberalism" since Reagan and Thatcher. But on the other hand things on this front are really not that much worse now than they were in the 1970s. We have seen a stagnation in the median wage, but not much of a decline, and it's hard to argue that in some deep way our economic choices are more important now than ever. Compared to the 1970s we actually keep our jobs for longer and move less often to get new ones; some observers think our economic problems stem more from complacency than rising stress.

In that vein I should mention that some people blame belief in progress itself, since we "are told" that life ought to be getting better and are then upset when it doesn't.

But there's this left-wing take, which points not toward too much freedom and personal responsibility but toward too little:


the experience of helplessness, hopelessness, passivity, boredom, fear, isolation and dehumanization — culminating in a loss of autonomy and community-connectedness. . . .

The reality is that with enough helplessness, hopelessness, passivity, boredom, fear, isolation and dehumanization, we rebel and refuse to comply. Some of us rebel by becoming inattentive. Others become aggressive. In large numbers we eat, drink and gamble too much. Still others become addicted to drugs, illicit and prescription. Millions work slavishly at dissatisfying jobs, become depressed and passive aggressive, while no small number of us can’t cut it and become homeless and appear crazy.

Feeling misunderstood and uncared about, millions of us ultimately rebel against societal demands; however, given our wherewithal, our rebellions are often passive and disorganized, and routinely futile and self-destructive.

So it could be too much choice, or maybe it's the lack of choice. One could reconcile these by saying that the responsibility that makes us miserable is all within a bad system that stacks the odds against us, and the option we really need but lack is being able to overturn the whole system. But once you get to that point you've gone so far beyond real politics and reached something like "life is hard," and that hardly distinguishes our age from any other.

Anyone who thinks back to the land communes might be a solution should read more about the 60s.

Could it be a decline in religious belief? One of the consistent features of religion is an invocation of some vast living presence whose greatness balances human frailty:


As for man, his days are as grass . . . but the mercy of the Lord is from everlasting unto everlasting.

Or as one recent mystic described her own vision, "I was not afraid of dying, because it was obvious that the Other . . . would continue just fine without me." Is life harder without such consolation? Or the consolation of belonging to a community of believers?

Again, this makes logical sense, but on the other hand contemporary religious believers seem to suffer from anxiety at about the same rate as atheists.

Social isolation is another commonly cited explanation; some recent surveys suggest that 25 percent of Americans have no confidants in their lives. But I have not seen any research that makes a strong connection between anxiety and loneliness; anxiety seems to strike across this divide as across so many others.

There are yet more theories: chemicals that mimic brain hormones, too much time with digital devices, the rise of news organizations that basically sell fear and anger, or, a variation on the last, the contrast between our own extremely safe lives and the mayhem we see on tv. But none of them convince me.

It seems to me that our explanations for anxiety are much like anxiety itself: we know in a global way that something is wrong, but cannot put our finger on exactly what.
Posted by John at 12:03 PM