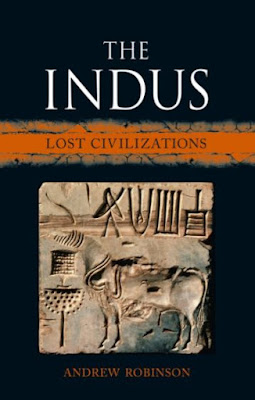 I have finally found a recent book on the ancient Indus or Harappan civilization (c 2600 to 1900 BCE) that I can recommend, Indus by British scholar-journalist Andrew Robinson (2016). It's a good length (187 normal-sized pages), easy to read, well illustrated, and packed with information from end to end. Robinson's chapter on the efforts to decipher the Indus script is the best thing I have read on the subject, covering several recent claims of decipherment and reviewing the state of actual knowledge. It covers all the recent developments: the expanding number of Indus sites, the debate over the impact of climate change on the Indus decline, and attempts by Hindu nationalists to hijack Indus studies for their own political agenda. First rate. 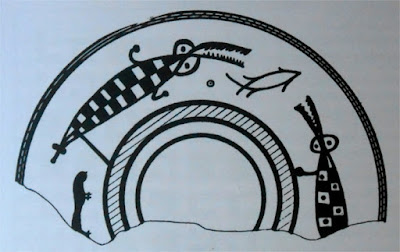 I especially liked Robinson's chapter on what Indus archaeology tells us about the origin of Hinduism, a politically charged topic these days. A brief summary would be that there is no clear connection between the ancient Indus and intellectual Hinduism either in its modern or Vedic forms, but there may have been a lot of continuity at the level of simple village cults. For example there is an Indus plate (above) depicting crocodiles connected to the central symbol with dark bars. In the 1970s anthropologists documented a cult in several villages of Gujarat in which people made offerings of meat, milk and alcohol to images of crocodiles mounted on wooden poles. It's an eerie parallel. There are also other visual analogs, such as gods standing in fig trees and women marking their foreheads with vermilion paste to indicate marriage. 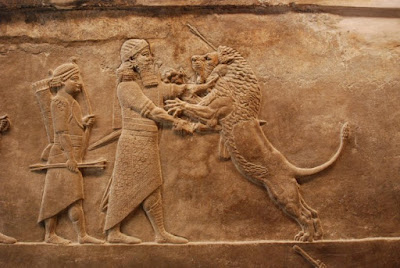 Meanwhile I have also discovered another marvelous book in the same vein, Ancient Assyria: a Very Short Introduction by Karen Radner (2015). This little book is the size of a paperback thriller has just 112 small pages but it contains all sorts of information about Assyria that I did not know. Which is not really surprising, because scholars know a lot about Assyria these days. Besides all the royal inscriptions, which add up to thousands of lines, we have hundreds of state letters and accounts describing routine matters of governance. (That's the beauty of writing on clay.) We also have hundreds of letters from Assyrian traders and ambassadors residing abroad, and a massive archive from the Assyrian trading colony at Kanesh in Turkey. More tablets are still being discovered, and new material is translated every year. Add in accounts from Egypt, Phoenicia, Persia, and so on, as well as the Bible, and it amounts to a record better than we have for most medieval states before the 13th century, or even the Roman empire in the 3rd and 4th centuries. 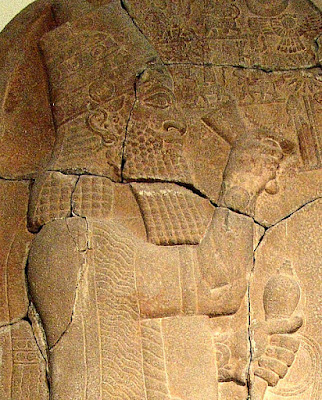 Consider for example the reign of Esarhaddon (above), which lasted from 681 to 669 BCE. Esarhaddon was a younger son and his older brother was for a long time the designated crown prince. In 683 the king, Sennacherib, disinherited the crown prince and made Esarhaddon his heir. The crown prince and his friends immediately began to scheme against Esarhaddon, who went into exile. The crown prince's men then assassinated the king, after which Esarhaddon launched an armed invasion and bested his brother for the crown. This is documented in many places, including the Bible's Book of Kings, Esarhaddon's official inscriptions, and dozens of state letters that were written as events unfolded. For example we learn from one letter than one of the brother's men tried to betray the plot to the king, but the plotters tricked him by leading him blindfolded before what they said was the king – apparently this was standard practice for low-level functionaries, who were not allowed to set eyes on the king in his private apartments – whereupon he revealed all he knew about the plot to the plotters themselves, who of course killed him immediately. Esarhaddon managed to seize the throne and do away with his brother, but he never rested easy. His letters document dozens of inquiries to every important temple and oracle demanding divine information on plots and rebellions. Teams of royal astrologers scanned the heavens for signs of danger. Esarhaddon set up a repeating, monthly inquiry to the temple of the sun god Shamash demanding to know whether any of his officials or servants ("any of the eunuchs or the bearded officials, the courtiers, the members of the royal line, senior or junior, or any other relative of the king or the military officers" and so on for a whole page of text) were conspiring against him.

Esarhaddon was also regularly sick, and he suffered great grief after the death of his first wife and eldest son. The Rite of the Substitute King was used for him repeatedly. Under this ancient, arcane ritual a condemned man was brought in to fill the role of the king for 100 days, eating his meals and sleeping in his bed, while the king went into hiding; the substitute, having taken the king's ill luck onto himself, was then executed. But not even this helped Esarhaddon escape from the shadows, and he went to his grave wrapped in physical pain and paranoid fear. 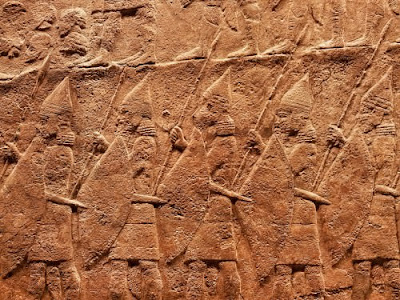 Radner's book is full of such material, immediate and real despite the vast gulf of time and cultural distance. Highly recommended.
Posted by John at 2:11 PM