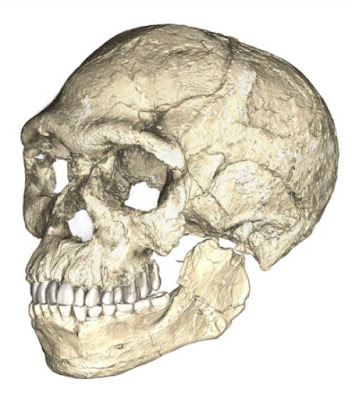 Fascinating news from Morocco, where archaeologists have found fossils of our own species that may be 300,000 years old. As you can see from this reconstructed skull, the people of Jebel Irhoud did not look quite like modern humans, and their brains had a different shape. Which is exactly what we would like to find; people couldn't have changed species in a single generation. 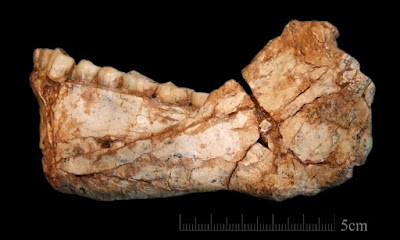 (In fact I think Hominids were changing so rapidly and generating such diversity over the past million years that species designations are arbitrary and not very helpful. But the convention of assigning every fossil to a named species did not originate with these anthropologists, so it would be cantankerous to let this issue get in the way of celebrating a great discovery.) Here is a jaw bone from the Jebel Irhoud site, which looks very like a modern human's. 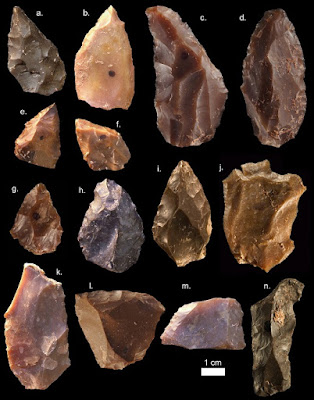 Stone tools from Jebel Irhoud. These had been burned, and the 300,000 date comes from thermoluminescence dating of tools. Which is not the most reliable or accurate method, but for that date range it's about as good as anything else.

With every passing year the story of human origins gets richer and more interesting.
Posted by John at 6:16 PM