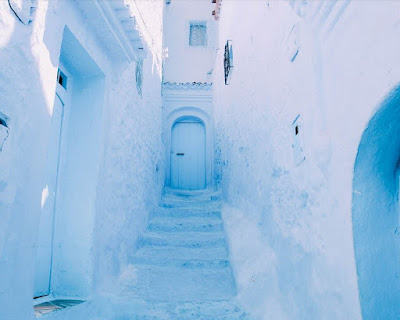 Beautiful city in Morocco's Rif mountains, founded by Jewish and Muslim refugees from Spain in 1471. These days it is mostly famous for its blue-painted houses. Glorious. 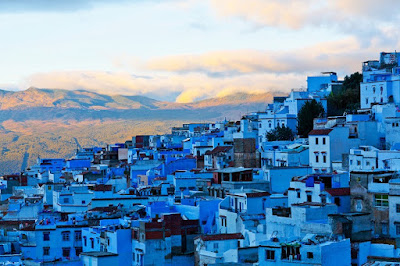 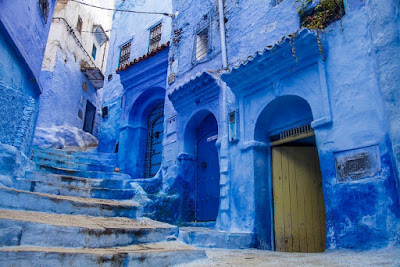 I got curious as to where this color came from, because some of the first sources I found said the tradition goes back to the city's founding. That can't be, I thought, because in medieval Europe there were only three colors cheap enough that you could use them to paint a house: white, the dull red that we think of as barn red, and bluish gray. 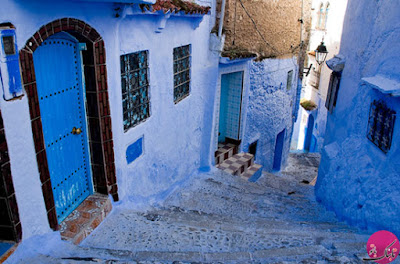 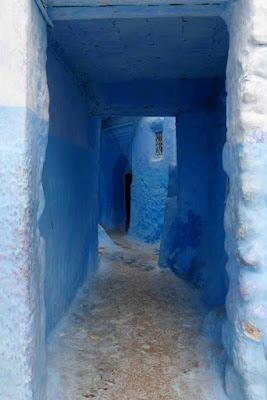 I eventually found better sources that say the city used to be whitewashed in the Andalusian tradition, and that the blue painting began with Jewish refugees who came from Europe in the 1930s. At first the color was mostly pale, but when the city got famous as the blue city residents began to experiment with more vibrant shades. 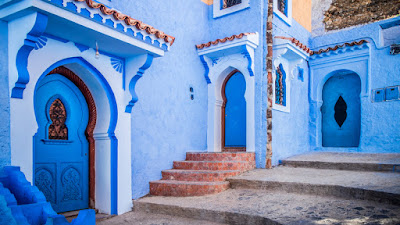 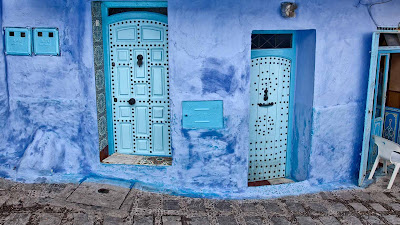 With that out of the way I can relax and just enjoy the beauty of this amazing place. 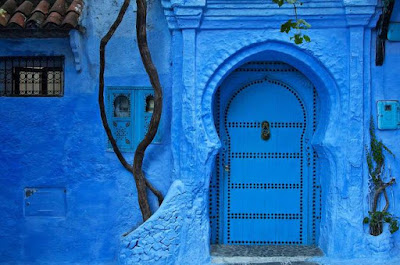 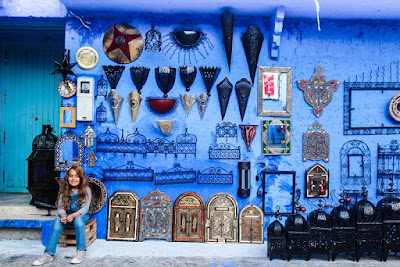