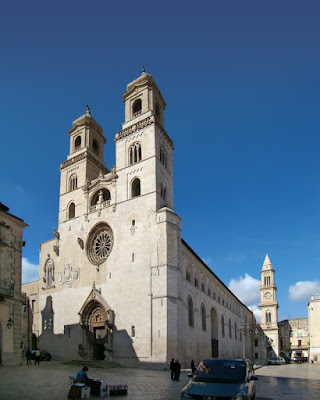 Altamura is a small city in southeastern Italy, in the district of Bari. It was refounded in 1232 by Emperor Frederick II, after being badly damaged and partially abandoned in some war or another. 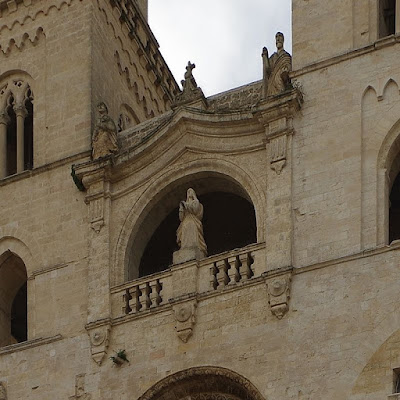 Frederick also commissioned the church, which was built between 1232 and 1254. At first it was not a cathedral but only a royal chapel – Frederick and the Pope did not get along, and while the emperor could build all the chapels he wanted only the Pope could create a bishopric. But a later treaty between popes and emperors gave it episcopal status. 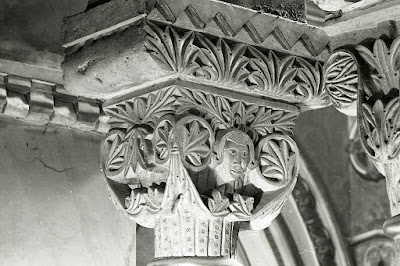 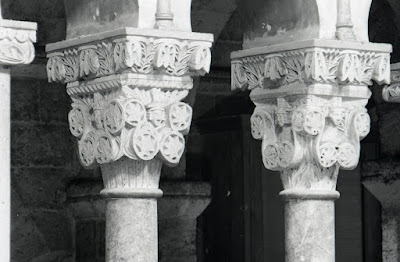 The church was restored after a fire in 1316, which we know because an inscription records that Robert of Anjou sent workers to help. 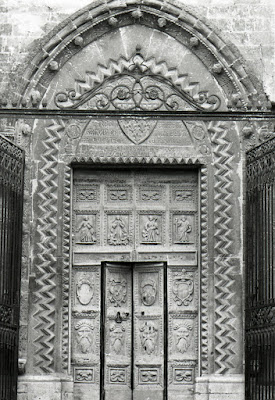 The north portal seems to date to that time. 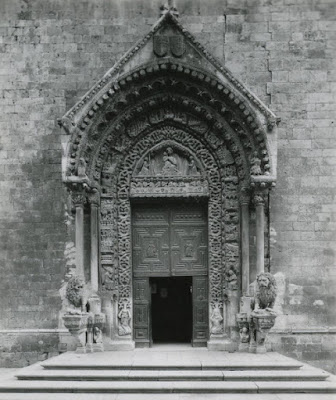 In 1485 the church was elevated and status and various accounts state that it was enlarged, restored, or rebuilt. Historians used to imagine a major reconstruction in the early 16th century, and some said that it was realigned, the altar and entrance switching ends. However work done during the most recent restoration seems to have disproved that notion. This means that the wonderful entrance is back to being an original work of Frederick's artisans, still in its original location. 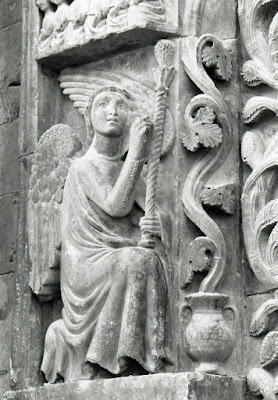 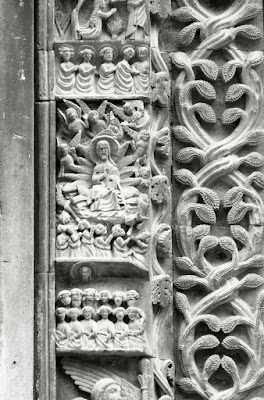 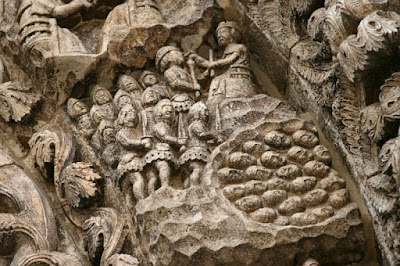 Details from the door; the bottom shows Herod ordering the Massacre of the Innocents. 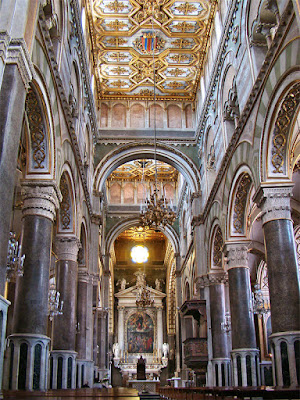 The interior has obviously been much changed; the overall look may date to the 16th century but many pieces are more recent still. But the basic structure of the columns and arches is medieval. 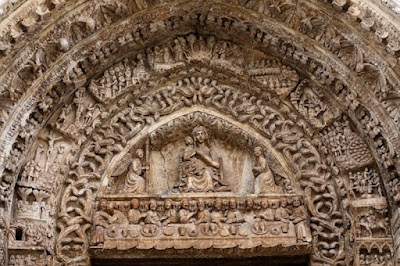 Black and white photos were taken by Paolo Monti in 1970; via wikimedia commons.
Posted by John at 8:24 AM