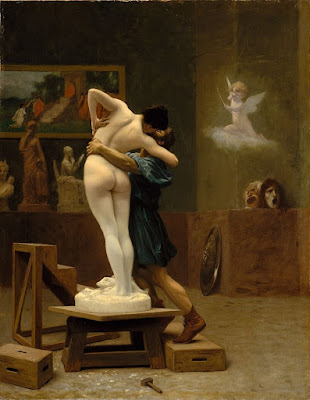 Jean-Léon Gérôme (1824 – 1904) was a French academic painter and sculptor. Like the other French academic painters I have featured he came from a bourgeois family, worked as an assistant to a notable artist (in his case Paul Delaroche), attended the Ecole des Beaux-Arts, and entered the competition for the Prix de Rome scholarship. Gérôme failed to win a scholarship because his drawing was "inadequate," so he stayed in Paris kept painting. (One of Gérôme's most famous works, Pygmalion and Galatea, 1890) 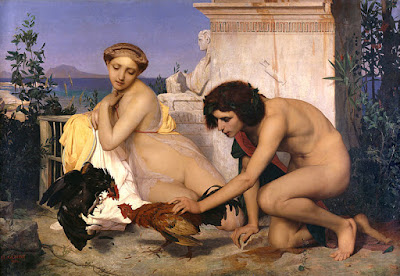 Gérôme's first success came with this painting, Young Greeks watching a Cock Fight, which he entered in the Salon of 1846. It perfectly caught the spirit of the times, with its slick finish and "Neo-Greek" theme, and Gérôme embarked immediately on a career as a professional painter. 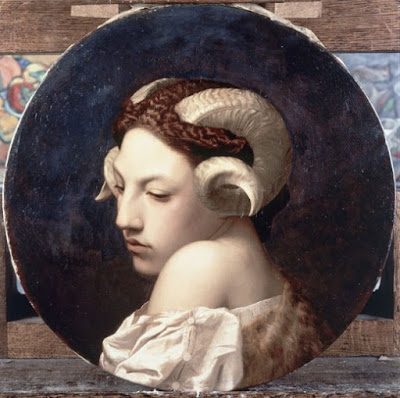 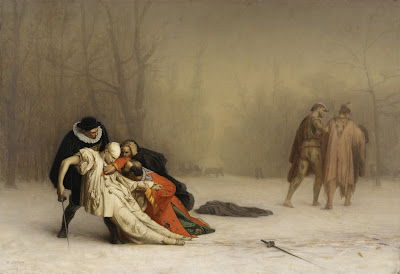 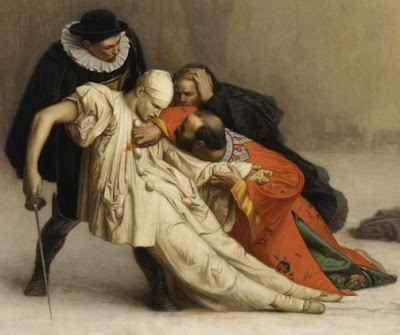 One of my favorite paintings that resides in Baltimore, Duel after the Masquerade, c 1857. I always assumed this must be a well-known story, perhaps from a famous novel, but apparently Gérôme conceived this oddity by himself. 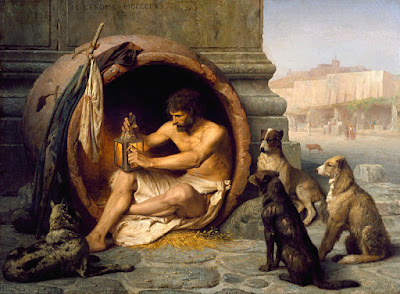 Gérôme ended up as one of the three full professors at the Ecole des Beaux-Arts, a post near the pinnacle of the academic art world. The school was limited to French citizens, but Gérôme also took on many foreigners as private students, notably the Americans Mary Cassatt and Thomas Eakins. (Diogenes, 1860) 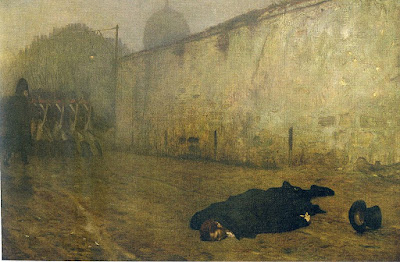 The Execution of Marshall Ney, 1868. Ney was one of Napoleon's greatest lieutenants and he was condemned by the victorious allies after Waterloo. This painting was criticized when first exhibited as being too recent and painful a subject for a history painting. 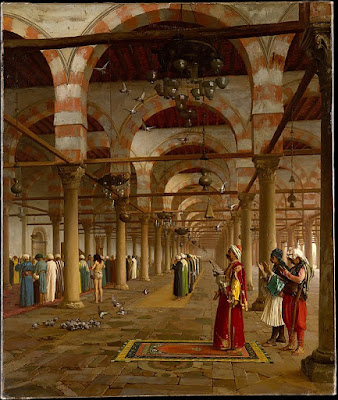 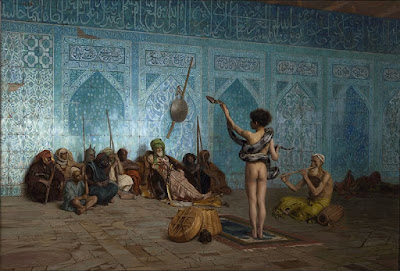 In 1853, thanks to a generous stipend from the government of Napoleon III, Gérôme traveled to Istanbul. He loved the East and returned at least thrice more, to Greece and Turkey in 1854, to Egypt in 1856, and a three month grand tour in 1868. His orientalist paintings were (and still are) hugely popular. Above, Prayer in the Mosque (1871) and The Snake Charmer (1879). Gérôme did his share of eroticized, exotic images of the East – after all, that was what sold – but I think a painting like Prayer in the Mosque shows his broader interest in Muslim culture. 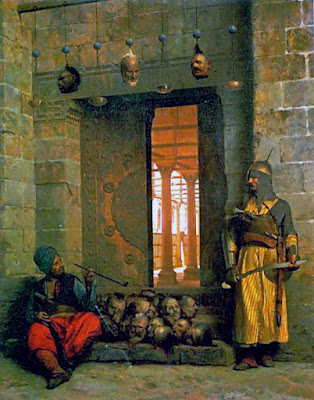 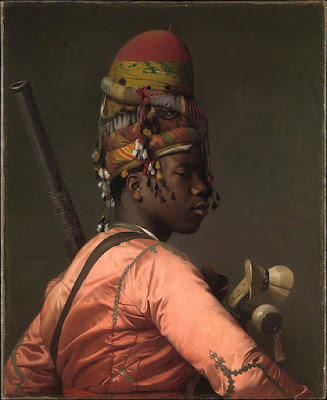 Bashi-Bazouk, 1869. The Bashi-Bazouk – "headless ones" – were unpaid irregular soldiers who fought for the Ottomans in hope of plunder. Gérôme found them fascinating and painted them many times. He did this painting in Paris by dressing a model in clothes he had bought during his most recent trip to the Middle East. 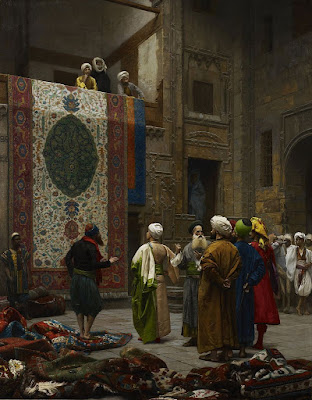 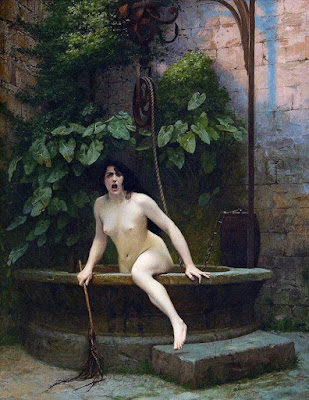 The second half of Gérôme's career coincided with the decline of academic painting, under assault from Impressionists who hated the technique, Realists who despised the subject matter, and proto-modernists who hated everything. Gérôme fought back, so he was for decades prominent in the quarrels of the European art world. Gérôme acknowledged the criticisms of academic painting mainly by trying to broaden its subject matter and craft new, distinctive images. Like the Pygmalion and Galatea at the top of the post and this one, Truth Coming out of her Well to Shame Mankind, 1896. 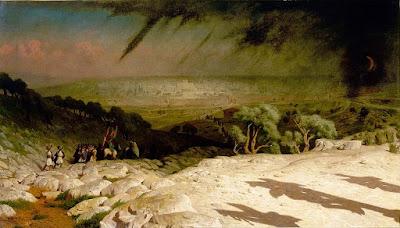 Jerusalem, or, Consummatum Est.
Posted by John at 1:51 PM