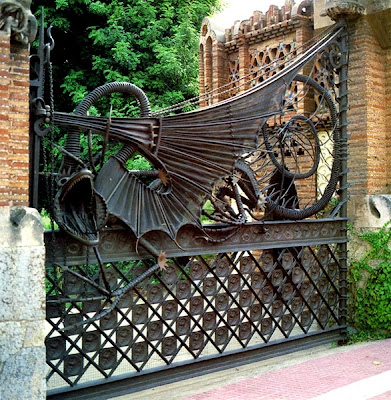 Much of Catalan architect Antoni Gaudi's most famous work is in parks, specifically the Parc Güell and the Finca Güell, both in Barcelona. Both were built for Gaudi's patron Count Eusebi Güell, the Finca Güell for his private estate and the Parc Güell for a planned housing development. The Finca Güell was Guadi's first project for Güell, carried out in 1884-1887, consisting of a series of improvements to the grounds and gardens of Güell's country estate. 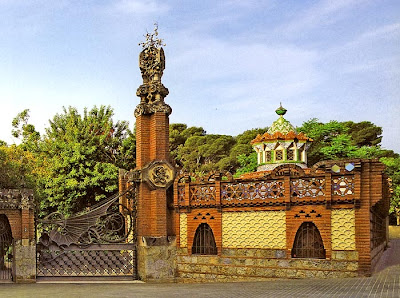 Most famous are a series of Pavilions grouped around the dragon gate. Gaudi designed the gate, which represents the monster Ladon who guards the Garden of the Hesperides in Greek myth. 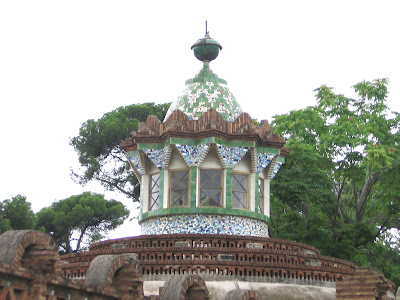 Some of the work Guadi did on the park is lost, but the pavilions survive, and they are quite wonderful. 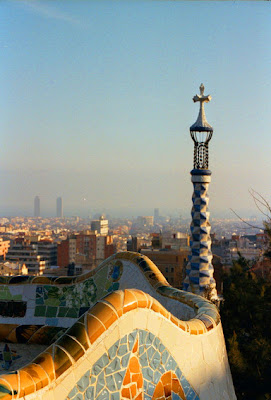 The larger Parc Güell was constructed between 1900 and 1914. Gaudi designed many elements for the garden: walls, grottoes, pavilions, benches, walks, plantings, and more.  The park covers 17 hectares (40 acres), and it remains one of Barcelona's most popular attractions. 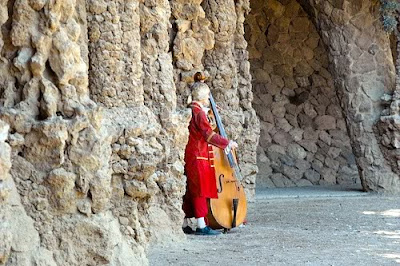 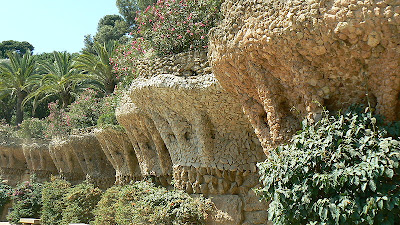 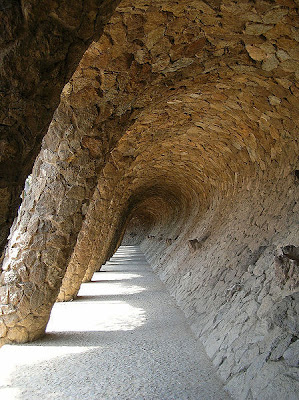 These walls and grottoes show Gaudi's interest in modeling architecture on natural forms. 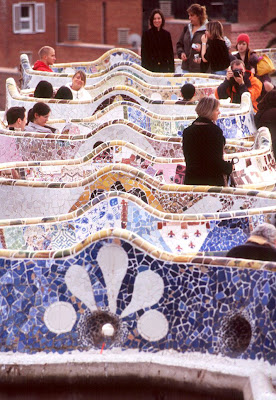 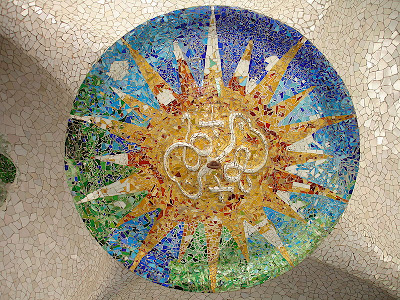 The detail of many features is exquisite, from benches to ceilings. These features were built for heavy use, too, and have on the whole held up quite well. 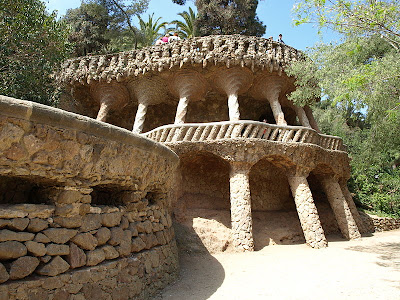 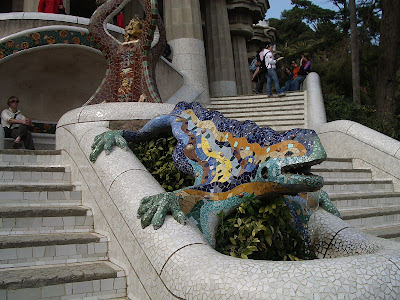 Gaudi's vision was not just of putting his own buildings where the could be best seen, but of creating places where people would be happy. Few architects have achieved so much in that direction.
Posted by John at 11:55 AM