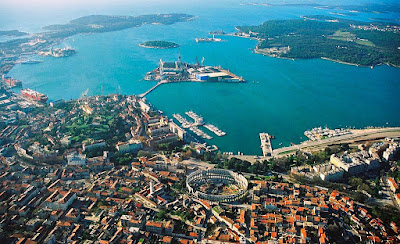 Pula is a coastal city in Croatia that was more important in Roman times than ever before or since. It boasts a remarkable collection of antiquities, about which I just learned. 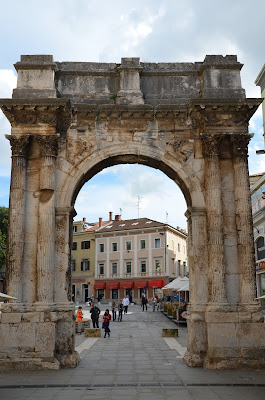 First on the list is the Arch of the Sergii. Pula – Pola to Italians – was conquered by the Romans in 177 BCE and was promoted to colony by Julius Caesar in 46 BCE. In 42 BCE they took the wrong side in the civil war that followed Caesar's assassination and Mark Antony had the city demolished. But it was soon back in business, renamed Colonia Pietas Iulia Pola Pollentia Herculanea after Octavian's daughter Julia. 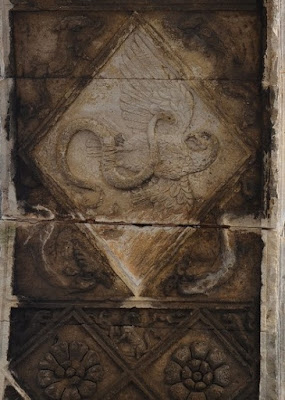 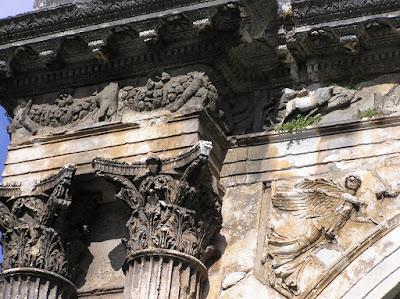 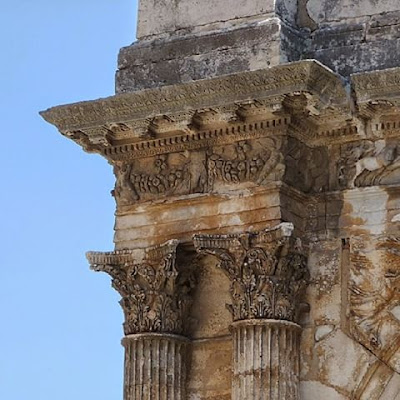 In the next Civil War, between Octavian and Antony, they chose the right side, and men from the town fought for Octavian at the climactic battle of Actium. To celebrate the victory, one of the town's leading families put up this arch. I imaging the Sergii reclining in the dining hall of their villa, wine cups in hand, saying, "Why, we've just had a splendid year! Let's put up a triumphal arch to ourselves!" 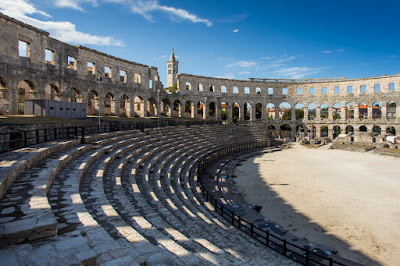 The Arena was built sometime between 27 BCE and 68 CE. 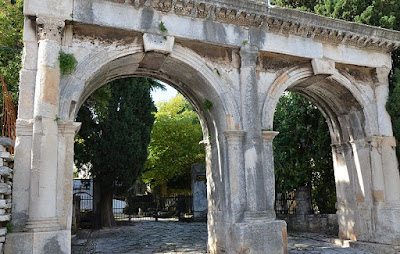 There are also the Twin Gates, built in the 2nd century CE.

And a Roman theater. 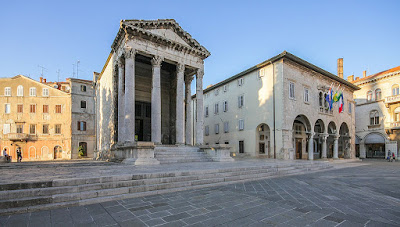 Most remarkably, the Roman forum is still the town square, and the small temple of Augustus still stands beside it. 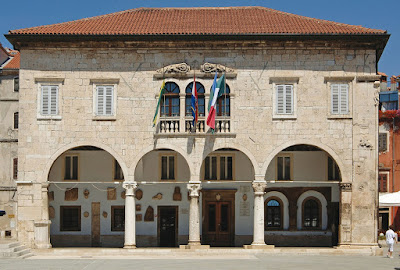 There are also Christian buildings from the early Middle Ages – parts of the Basilica were built in the 6th century– and this fine Communal Hall, begun in the 11th century and completed in the 16th. 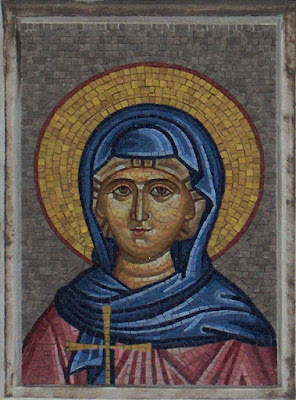 So there is a lot to see in Pula. And it won't be too crowded, because it is a working port with a bit of an industrial atmosphere, not as fun for vacationers as other Croatian towns. Which makes it splendid for visiting old buildings in the company of a few friends, or alone.
Posted by John at 8:02 AM