Beginning around 1840, more than 400,000 Americans followed this old fur trappers' route west from the Missouri River across the Rockies and the Cascades to the fertile valleys of Oregon. The trail was about 2,100 miles long and the journey took about 160 days. 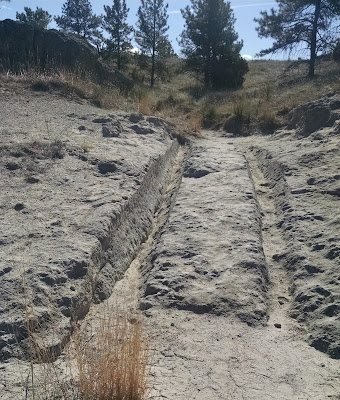 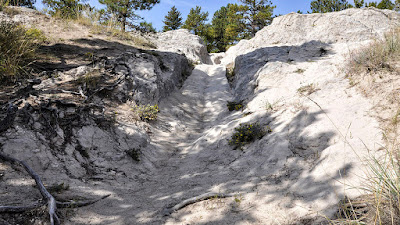 The trail moved around as better routes were found and cutoffs cleared, but the basic route was followed for fifty years: up the North Platte River, across the South Pass into the valley of the Green River (which was crossed on a ferry), around Mount Hood on the Barlow Road. The Trail faded in importance after the completion of the transcontinental railroad in 1869, but it continued to be used throughout the 19th century. There are now at least nine places where you can see clear wagon ruts left by people using the Trail. The most famous is in Guernsey, Wyoming, where the trail crossed soft sandstone rock. 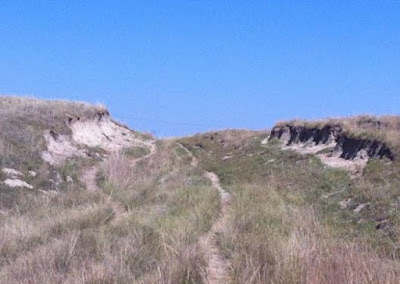 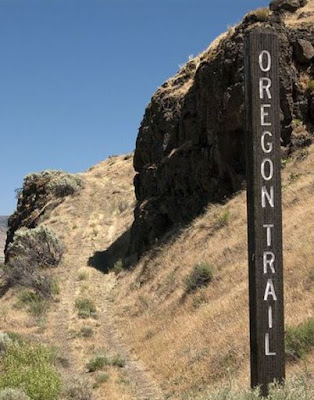 Biggs Junction, Oregon. It seems to me that I saw part of the Oregon Trail when I was out west as a child, but it didn't make much impression on me. Now that I have spent time trying to trace old roads around the east, I find it fascinating that this famous road can still be seen so clearly in so many places. 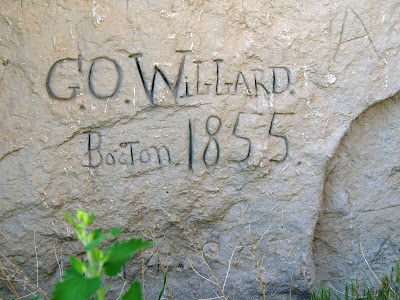 if you investigate some of the oregon trail, try to include 'hole in the rock' (approximately in bluff, utah) in your trip. a short segment of the mormon trail went down cliff faces you simply cannot believe covered wagons could go down, yet the tracks are right there.