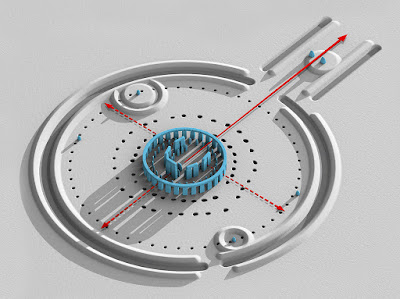 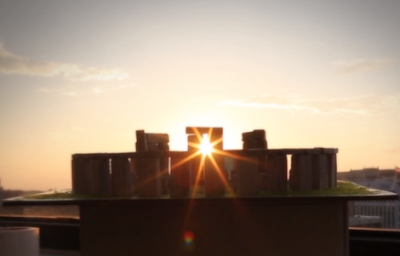 But what if the monument actually pointed in the other direction? Because if you follow the line that extends toward the lower left, that points toward the midwinter sunset. (Isn't astronomy cool? No wonder people used to be so obsessed with it.) This photograph of a model shows how impressive it might have been to watch that sunset through the tallest trilithon. 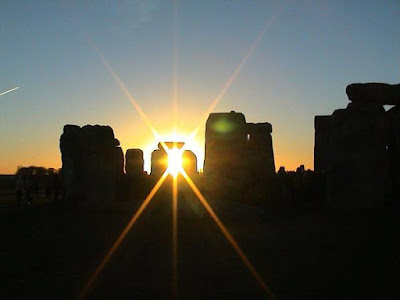 There is other evidence that Stonehenge was mainly a midwinter temple. Deposits of sheep and cow bones from feasting have been found nearby, and they seem to have been butchered in winter, not summer. The other grand neolithic monuments of the region (e.g., Newgrange in Ireland) are generally focused on midwinter astronomy.

Plus, the European tradition as a whole just puts a lot more emphasis on the midwinter solstice than midsummer; compare Christmas to St. John's Day or July 4th to get the general idea.

Obviously we don't know and may never, and anyway the monument could equally well serve both functions. But sometimes I find it fascinating  to turn  things around and look at them from the opposite direction.
Posted by John at 8:03 AM

I can't help but feel that computer rendering has a striking resemblance to the Starship Enterprise.