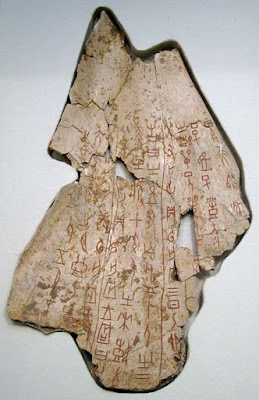 Yinxu in northern China is believed to be the site of Yin, the capital of the  Shang Dynasty between about 1300 and 1000 BCE. Discoveries there have included "oracle bones" that preserve the earliest examples of Chinese writing and a vast royal cemetery. 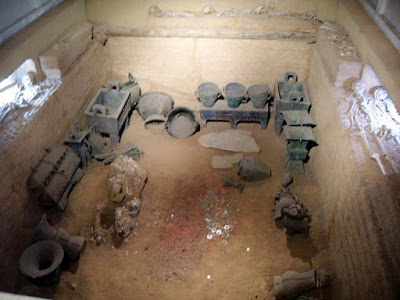 The best preserved elite tomb is that of Lady Fu Hao, above. This dates to around 1250 BCE. 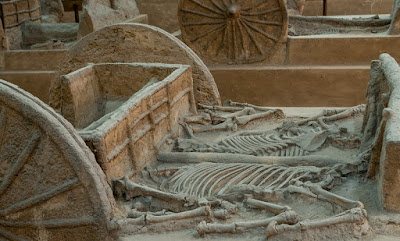 Chariot from a tomb, preserved in the "Hall of Chariots" at the site. 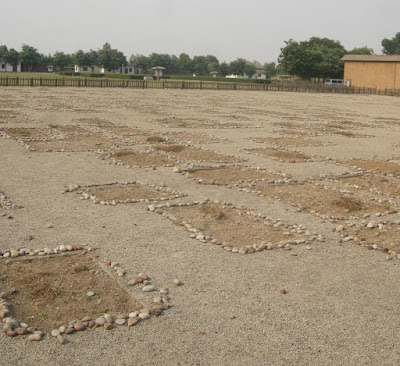 The royal cemetery also includes numerous – hundreds, probably – of pits where obviously non-elite people were buried. Many of these were headless, mutilated corpses buried without any grave goods.


Prior worked revealed an extraordinary number of ritual human sacrifices were conducted during the Shang dynasty, which spanned from the 16th century B.C. to the 11th century B.C. It is the earliest dynasty in China for which archaeologists have evidence. For instance, sacrificial pits are common across the entire site of the last Shang capital, Yinxu, which researchers discovered in 1928 in central China's Henan Province. Scientists have estimated that over the course of about 200 years, more than 13,000 people were sacrificed in Yinxu, usually males ages 15 to 35, and that on average, each sacrificial ritual there likely claimed at least 50 human victims. The biggest sacrifice found so far killed at least 339 people.

Yinxu is in the news because the results of chemical analysis of the bones have been published, and they provide evidence for the theory that the victims were war captives. This type of study is usually done on teeth, because the chemical composition of tooth enamel is more or less permanent. That of other bones changes with time, as the calcium in the bones is swapped out. But since most of the sacrificial victims at Yinxu had no heads, using teeth was not an option. So other bones were studied. The results showed that the chemical composition of the major bones is different from that of local people, but that of some smaller bones is much more similar to the local pattern.

This suggests that the victims came from some distance away (the major bones) but had lived in Yinxu for some years, which led to gradual replacement of the minerals in their bones, changing the signature of the smaller ones. Most likely they were slaves for years until an occasion came along that required a massive sacrifice, at which point they were all beheaded and tossed into a pit.
Posted by John at 1:25 PM