Secret Files of the Islamic State 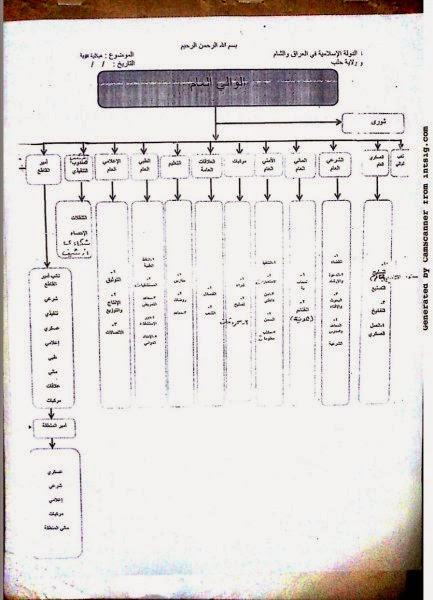 Der Spiegel has a fascinating article by Christoph Reuter on cache of documents supposed to have been captured in northern Syria. The documents were the files of Samir Abd Muhammad al-Khlifawi, aka Haji Bakr, who was once a colonel in the intelligence service of Saddam Hussein's air defense force. The documents lay out the structure for an organization that would seize control of Iraq using a mix of fanatical Islam and police state methods. According to Reuter, after al-Khifawi settled in the Syrian town of Tal Rifaat in 2012 and began planning seriously planning for his return to power in Iraq:


It was there that the "Lord of the Shadows," as some called him, sketched out the structure of the Islamic State, all the way down to the local level, compiled lists relating to the gradual infiltration of villages and determined who would oversee whom. Using a ballpoint pen, he drew the chains of command in the security apparatus on stationery. Though presumably a coincidence, the stationery was from the Syrian Defense Ministry and bore the letterhead of the department in charge of accommodations and furniture.

What Bakr put on paper, page by page, with carefully outlined boxes for individual responsibilities, was nothing less than a blueprint for a takeover. It was not a manifesto of faith, but a technically precise plan for an "Islamic Intelligence State" -- a caliphate run by an organization that resembled East Germany's notorious Stasi domestic intelligence agency. 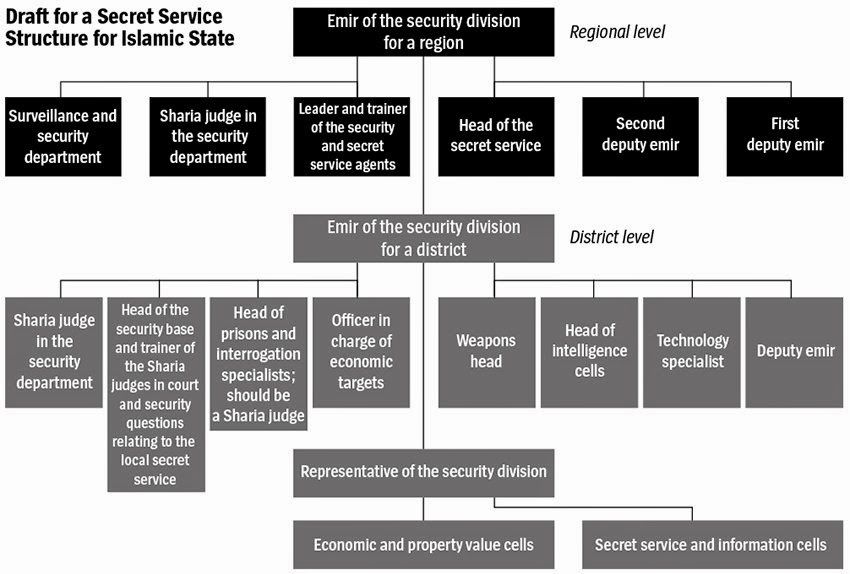 Al-Khlifawi was killed in January, 2014, but his scheme continues to unfold.

This makes a fascinating companion to Graeme Wood's piece in the Atlantic on the fanatical religiosity of the Islamic State's rank and file. If Reuter is right, the Islamic State is not at a religious construction at its heart, but a totalitarian police state with a religious veneer.

Whatever the mix of religious and secular motives in its founding, by combining fanatical Islam with Saddam Hussein's police methods the Islamic State has truly created the worst of all possible worlds.
Posted by John at 12:49 PM

I wonder if veneer is the right word. For Khlifawi, the fundamentalism was clearly a veneer, a surface show. But for the fanatical rank and file, the religiosity is everything. In his last days, Khlifawi may have wondered at what he had unleashed, and if it was controllable.

Indeed as it has unfolded the Islamic State has been a thoroughly religious project. Fascinating to think that its bureaucratic structure was designed by a secret policeman.

So wait - we're EVEN MORE directly responsible for the formation of ISIS than we thought?

I wonder how many of the top brass are pining for the "good" old days when Saddam was in power and this sort of scheme wasn't remotely possible?