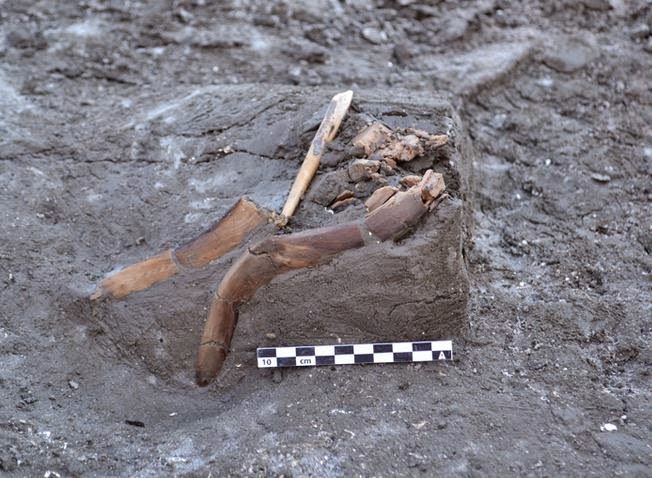 Archaeologists in northern Europe have long suspected that certain bone points were part of multi-pronged fishing spears known as leisters. Now Danish archaeologists have reported finding the head of a lesiter intact, with the bone point in position. 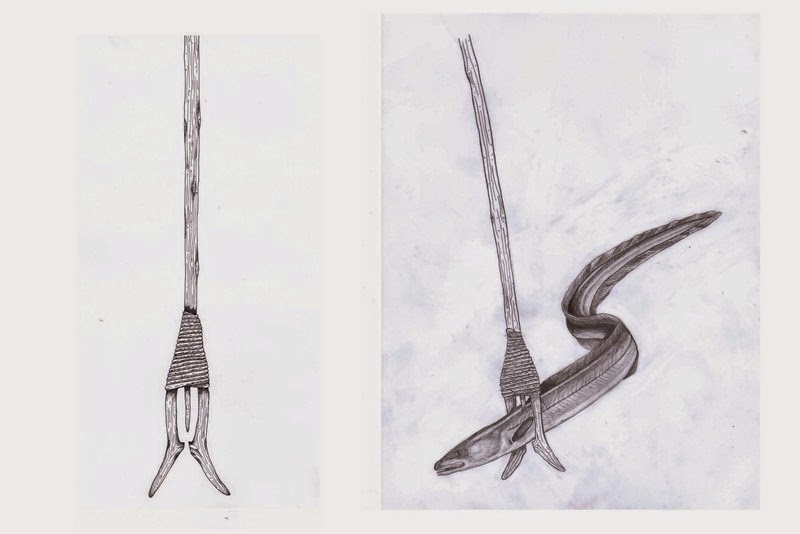 This is part of the same seafloor project as the intact ax I wrote about back in November, which continues to produce amazing finds. Above, diagram of how a leister worked. These days most Americans know eels only as part of Japanese or Korean  cuisine, but until the twentieth century they were the most widely eaten fish in Europe and the US, the protein mainstay of many communities close to rivers and wetlands.
Posted by John at 7:30 AM