The Age of Grace and the Age of Justice 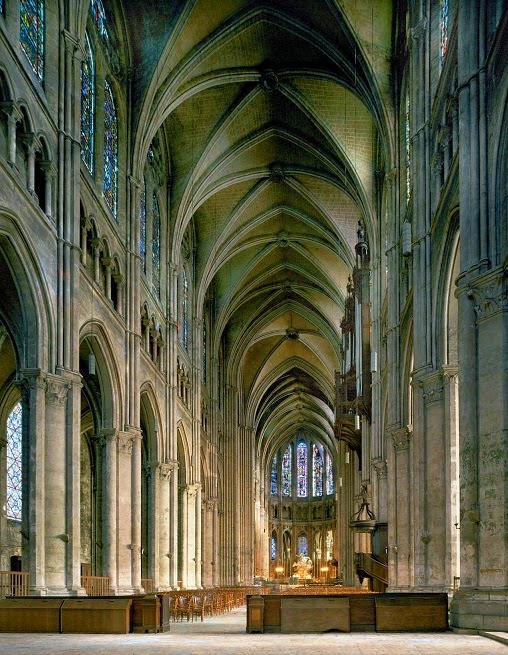 Jules Michelet's famous book on the French Revolution (1847) begins with a chapter titled, "On the Religion of the Middle Ages." This might seem a bit off topic, but the mystery is cleared up immediately by the heading of the first section: "Is the Revolution Christian or Anti-Christian?" To Michelet, this was the most important question about the Revolution, both historically and politically. To answer it Michelet first took his readers through some basic Christian theology. Ever since Christians first began to think about their faith using the tools of Greek philosophy, they wondered about how to reconcile God's magnificence with human freedom, and how the gulf between a perfect God and a sinful humanity might be bridged. The solution arrived at by St. Augustine and most other medieval theologians was that people can do nothing to lift themselves up to God; only God can raise them up, through an act of grace that humans in no way deserve. All of our good deeds avail us nothing in the face of the vast gulf between us and the divine. To Michelet this theology underpinned much of western history, and the Revolution was at its heart a rebellion against this way of understanding the world.

In The Dark Side of the Enlightenment, John Fleming explained the argument like this:


Michelet was a determined secularist. He was, furthermore, genuinely appalled at the Christian history of his own country, which included such horrors as the Albigensian crusade and the massacre of St. Bartholomew's Day. But he was not an anti-Catholic bigot or a crude propagandist. He was trying to look deeper, to the very philosophical foundations of revolution. He finally concluded that the Revolution was founded in the concept of justice, whereas the Christian economy was founded in the concept of grace. Man had sinned. Man had been saved by the sacrifice of Jesus Christ. No merit of his own had gained his salvation; all flowed from divine grace, a gift that could never be earned. Man had no right to his salvation.

Two unfortunate implications flowed from this doctrine, and both encouraged the arbitrary at the expense of the just. The first was that human political arrangements were founded in a nexus of grace and favor. The relationships of feudalism were anything but lawless, but they sounded everywhere with echoes of the divine condescension. There was an ideological thread, however, finely spun, between the great Lord of the Heavens and the local "lord of the manor." . . .

The second baneful implication related to the clergy who, in Michelet's opinion, could hardly avoid, under such a theological system, claiming for themseles the arbitrary powers of semi-divine dispensers of sacramental grace. . . .

The Revolution, on the contrary, was legal and contractual. It claimed its basis in droit -- a word that in French bears the burden of two English words, "law" and "right." The primary document of the French Revolution is The Declaration of the Rights of Man as Citizen. 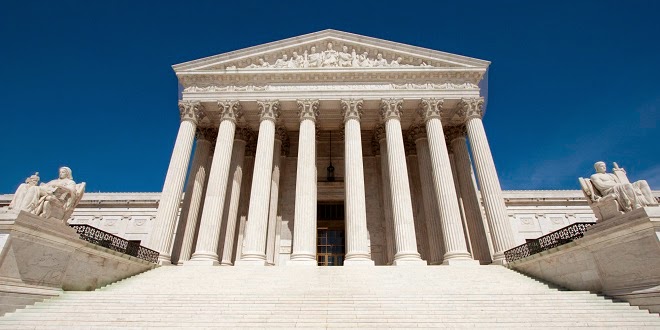 When I read this I was immediately struck by how powerfully this symbol conveys the difference between the medieval and modern worlds. In the Middle Ages many things about the world just were. If you asked why, the only answer would be that they had always been that way. If you kept pressing, you would eventually be told that God had ordained it. Why were some people born serfs and others lords? Because this is how the world has always been. But why don't we change it? Because God made it so! The relationship between the divine order and political legitimacy was keenly understood by many Europeans across this whole period, and it was often restated in turbulent times. Perhaps the most famous formulation, and certainly the briefest, was offered by James I of England: "no bishop, no king."

And then in the modern period, rather suddenly in historical terms, these arguments ceased to persuade. Suddenly it was not enough to say that we had kings because we had always had kings, and that the order of the world must have sprung ultimately from God's hand. The injustice and unfairness of the old order suddenly rankled in a way it had not before. Suddenly there was a new standard by which the arrangements of society had to be judged: it is just? Is it fair? Is it right?

Not that everyone was persuaded by the new reasoning;  indeed the history of Europe from 1789 to 1945 was a long struggle between those who accepted the reasoning of Paine and Robespierre, and those who held to the old way. This was the argument, the one that defined the politics of an age. These days the argument is effectively over on the intellectual plane, with liberals and conservatives offering different versions of the argument from justice and human rights. Michelet predicted this; now that the call to justice had been issued, he wrote, the space for Christian grace in political thinking must inevitably shrink before it. The argument from God's grace would fail in the face of the demand for justice, which, he said, is more powerful than anything. Certainly in the modern world it has been.
Posted by John at 7:30 AM

As you know, I disagree strongly with this vision of the Middle Ages. Yes, there were plenty of intellectuals who wanted to argue politics and right from an Augustinian point of view, but part of what motivated them to argue this way was how little the practice of their age actually mirrored that way of looking at things. By practice, I mean both what people did, and the ways that actual political actors argued amongst themselves and justified their actions. Their arguments were often--I would say, usually--justified by explicit, self-conscious statements about interest and right. And even many worldly intellectuals--whom Augustinian types denounced as "astrologers," and such--felt obliged to argue for monarchy in utilitarian terms. The 13th century Castilian Siete Partidas, for example, gives a frankly Hobbesian justification of monarchy.

Much medieval political argument was also, of course, legalistic--the king can do X because the law says he can do X--but this in no way differentiates the Middle Ages from us.

About the more overtly, thoroughgoingly sacred and divine right arguments, although you can find them in the Middle Ages, they really only attain in the early modern period the kind of cultural purchase that we often attribute to them.

Overall, I tend to think that a lot of what we think makes the Middle Ages different from us--otherwordliness, anti-materialism, incuriosity about the physical world, a liturgical sense of time, ennobling courtly love, etc., etc.--represented at the time protests against an overall worldly, flat-footedly pragmatic civilization.

Perhaps it is worth mentioning that Luther's rebellion represents a deeply Augustinian protest to medieval attitudes to the divine. The problem in Luther's eyes with salvation by works--not only paying for indulgences, but the whole system of penance, pilgrimage, and so forth--was that these things were attempts to in a sense obligate God, to say that, if you're a good person, if you've checked all the boxes, He "owes" you salvation. Of course, that was not official church teaching about works, but it was surely, deep down, how many folks understood the point of their works.

As for what happens in court rooms or other legal wrangles, I agree that the difference between then and now is not so great -- we cite precedent and they argued about justice. But at least until the peasants' revolt I am not familiar with any medieval arguments of the form, "aristocracy is unfair so we should abolish it." Or Thomas Paine's argument against royalty. I don't think medieval people shared the notion, so widespread among us, that we should restructure the world to make everything more fair for everyone.

Medieval people argued a lot about rights, but they were rights of particular people or institutions, not human rights. The notion of rights was universalized in the 18th century in a way that seems very important to me.

I would say two things:

1) Indeed, at the moment I can't remember encountering an argument that said "aristocracy is unfair so we should abolish it," but that doesn't mean that medieval people were incapable of challenging customs and institutions handed down from the past on the basis of what they saw as a better idea. When told that his proposals for church reform went against custom, Pope Gregory VII snapped that Jesus didn't say "I am custom" but "I am the Truth." and his movement's proposals included brand new things like the college of cardinals.

And if I've never actually seen an argument like that against aristocracy, I've certainly seen plenty of arguments in favor of aristocracy that are other than "it's God's will" and "it's the way our forefathers did." The Siete Partidas (again) says that hidalgos are good things to have because their desire to protect their family honor makes them brave.

That is, on specific points they may not have anticipated the French Revolution; but on more abstract issues like change and how one argues for it, they were not so different.

2) My experience is that it's generally misguided to say things like "medieval people thought X way" or "were incapable of conceiving Y." All societies are internally divided, and there's always a counterexample.

The Gregorian reform is probably the best counter-example to Michelet's thesis; they weren't afraid to make substantial changes.

I am trying to remember if in arguing with my friends or acquaintances about politics I have ever been told that we should do something because that's the way it has always been done, or that God ordained it. I don't think so. Obviously those arguments exist in our society, most prominently right now about marriage, but it strikes me as important that they are completely missing from the discourse I participate in.

Yes, I would say that is important. Different cultures do have differences of emphasis. The idea that humans have rights, for example, was certainly *known* in the Middle Ages; but in practice pre-Enlightenment people tended to emphasize the specific rights they held in law, essentially as property--or that they wanted to be granted to them, again essentially as property. Thus the difference (for example) between the 1688 English Bill of Rights and the American Declaration of Independence.

That reverential attitude toward property is another emphasis you see less in modern times, at least outside the Tea Party. I think this has to do with the fact that property is now thought of mostly as acquired in one's own lifetime rather than passed down in families. The latter is a precious heritage, the former just a possession.