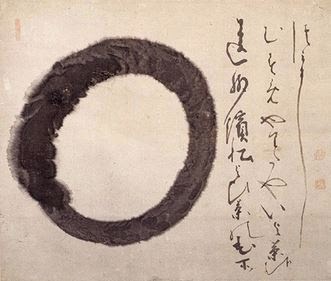 Yamamoto Tsunetomo (1659-1719) was a Samurai who lived in a peaceful age, with few opportunities for a glorious death in battle. He observed the old rules of Samurai life as best he could in what he considered a frivolous age, and after the death of the his longtime master he retired to a monastery. There he recorded his wisdom is a book of aphorisms we call the Hagakure. I have loved it since I first encountered it in Ghost Dog, an entertaining movie in which Forest Whitaker plays a contemporary American hit man who tries to live as a medieval Samurai, constantly quoting from the Hagakure. There is much that I find wise, and much also that weirdly evokes a distant and strange age.

First, some of the wisdom:


There is something to be learned from a rainstorm. When meeting with a sudden shower, you try not to get wet and run quickly along the road. But doing such things as passing under the eaves of houses, you still get wet. When you are resolved from the beginning, you will not be perplexed, though you will still get the same soaking. This understanding extends to everything.

If one is but secure at the foundation, he will not be pained by departure from minor details or affairs that are contrary to expectation. But in the end, the details of a matter are important. The right and wrong of one's way of doing things are found in trivial matters.

It is a fact that fish will not live where the water is too clear. But if there is duckweed or something, the fish will hide under its shadow and thrive. Thus, the lower classes will live in tranquility if certain things are a bit overlooked or left unheard.

You cannot tell whether a person is good or bad by his vicissitudes in life. Good and bad fortune are matters of fate. Good and bad actions are man's way. Retribution for good and evil is taught simply as a moral lesson.

One thing striking to a modern reader is that for Yamamoto wisdom comes from surrounding yourself with advisers and listening to them.


When we throw off our own bias, follow the sayings of the ancients, and confer with other people, matters should go well. . . . A man who listens to others is like a tree with many roots. One man's intelligence is like a tree that has been stuck in the ground.

But there is also a dark madness at the heart of Yamamoto's worldview, which made the book much beloved of Japanese militarists in the first half of the 20th century:


Even if it seems certain that you will lose, retaliate. Neither wisdom nor technique has a place in this. A real man does not think of victory or defeat. He plunges recklessly towards an irrational death. By doing this, you will awaken from your dreams.

The Way of the Samurai is death. When it comes to either/or, there is only the quick choice of death. It is not particularly difficult.

Meditation on inevitable death should be performed daily. Every day when one's body and mind are at peace, one should meditate upon being ripped apart by arrows, rifles, spears and swords, being carried away by surging waves, being thrown into the midst of a great fire, being struck by lightning, being shaken to death by a great earthquake, falling from thousand-foot cliffs, dying of disease or committing seppuku at the death of one's master. And every day without fail one should consider himself as dead.

When one has made a decision to kill a person, even if it will be very difficult to succeed by advancing straight ahead, it will not do to think about going at in in a long, roundabout way. One's heart may slacken, he may miss his chance, and usually there will be no success. They Way of the Samurai is one of immediacy, and it is best to dash in headlong.

And while listening to others is the way to wisdom, wisdom is not the highest calling of a Samurai:


Sometimes in serious affairs that bear directly on oneself, conferring with other people may lead only to trivialities, and the only way to bring resolution is to rely on one's own judgment and rush in headlong. In any case, is it sufficient to become a fanatic and throw away your life.

Until a man is forty it is best to put off wisdom and discrimination and excel in vitality.

Reading this next one will give you something to fantasize about in your next boring meeting:


Last year at a great conference there was a certain man who explained his dissenting opinion and said that he was resolved to kill the conference leader if it was not accepted. His motion was passed. After the procedures were over the man said, 'Their assent came quickly. I think that they are too weak and unreliable to be counselors to the master.'

Yamamoto was not an original thinker in Buddhism, but he was an avid pupil, and some of his Buddhist epigrams are striking:


To hate injustice and stand on righteousness is a difficult thing. Furthermore, to think that being righteous is the best one can do and to do one's utmost to be righteous will, on the contrary, bring many mistakes. The Way is in a higher place than righteousness.

It is not good to settle into one's opinions. It is a mistake to put forth effort and obtain some understanding and then stop at that. At first putting forth great effort to be sure that you have grasped the basics, then practicing so that they may come to fruition is something that will never stop for your whole lifetime. Do not rely on following the degree of understanding that you have discovered, but simply think, 'this is not enough.' One should search throughout his whole life how best to follow the Way. Within this is the Way.

Yamamoto was also a student of history, and he made several interesting observations about it:


It is said that what is called "the spirit of an age" is something to which one cannot return. That this spirit gradually dissipates is due to the world's coming to an end. For this reason, although one would like to change today's world back to the spirit of one hundred years or more ago, it cannot be done. Thus it is important to make the best out of every generation.

In carefully scrutinizing the affairs of the past, we find that there are many different opinions about them, and that there are some things that are quite unclear. It is better to regard such things as unknowable.

Learning is a good thing, but more often it leads to mistakes. It is worthwhile just looking at the deeds of accomplished persons for the purpose of knowing our own insufficiencies. But often this does not happen. For the most part, we admire our own opinions and become fond of arguing.