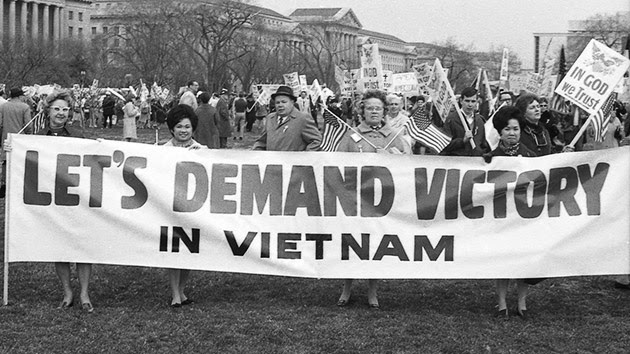 Fascinating collection of images from a pro-Vietnam War rally held on the Mall in 1970. It is easy to forget, looking back, that a majority of Americans supported the war. Now it seems obvious to me that Johnson should not have made his moves deepening US involvement in 1965, but it was not obvious to many at the time and he would have paid a large political price for cutting Vietnam loose. 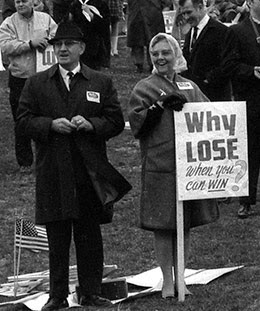 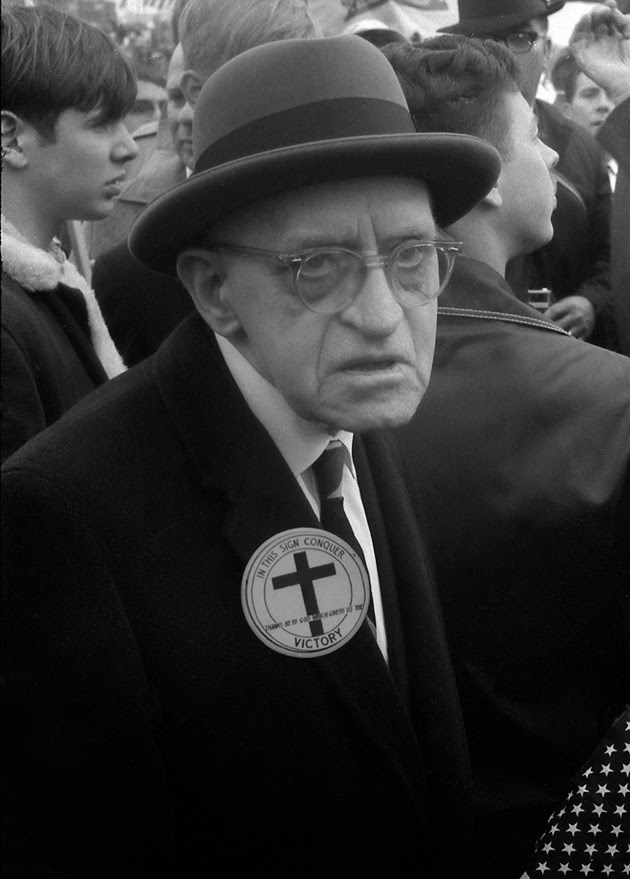 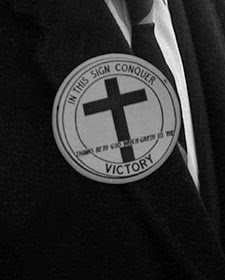 This rally was organized by a fundamentalist group, leaving me once again to marvel that for 60 years now the most belligerent Americans have been strong Christians.
Posted by John at 11:38 AM

There was a reason for the frequent references to "godless communism." It was an effort to mobilize Christians to belligerence. They are doing the same, even more ludicrously, today, with the threat of Sharia law coming to Tennessee and Idaho.

(I suppose it should also be remembered that the earliest anti-Vietnam War meetings were Quaker-led, long before the radicals took to the streets.)

Well, to be fair, Communism really is godless.

In any case, I think it's a worthy point to remember the anti-anti-war movement. I've read too many books that say things like, "By 1968, the people had spoken, and their verdict was against the war." As John says, the majority of Americans remained in favor of the war for a long time.

That said, I think that, by 1970 anyway, a march like this was more anti-anti-war than anything else. To look at these pictures, I would say these people are marching mainly in defense of their right to be old and dowdy.

My word! It's Mr. Slugworth!

Not only does he want to steal Willy Wonka's Everlasting Gobstopper recipe, but he's also a zealous Christian War Hawk!

(Technically the man in the film is a Mr. Wilkinson pretending to be Arthur Slugworth, but that's neither here nor there.)

While Marx felt religion to be the opiate of the masses, Communism as an economic system is in no way mutually exclusive with religion.

Actual Communism has never been achieved on a state level. People point to Soviet Russia and China and various others as examples of Communism, but in all reality they aren't - they're totalitarian oligarchical command economies, but they were never at any time truly communistic.

The only real examples of true Communism that have ever occured have all been small scale and short lived, or been pre-modern or pre-industrial.

Anyway, it's interesting to note the choice of phrasing on the signs and badges pictured.

They imply that victory is easy or trivial and requires only conviction or desire to achieve; that there is no third possible option such as a diplomatic end to hostilities; and even that conquest and crusade are somehow good or desireable things!

Marxism is not the only form of Communism, nor was it even the first. It just achieved the greatest notoriety.