Jewelry and the Spread of Farming in Europe 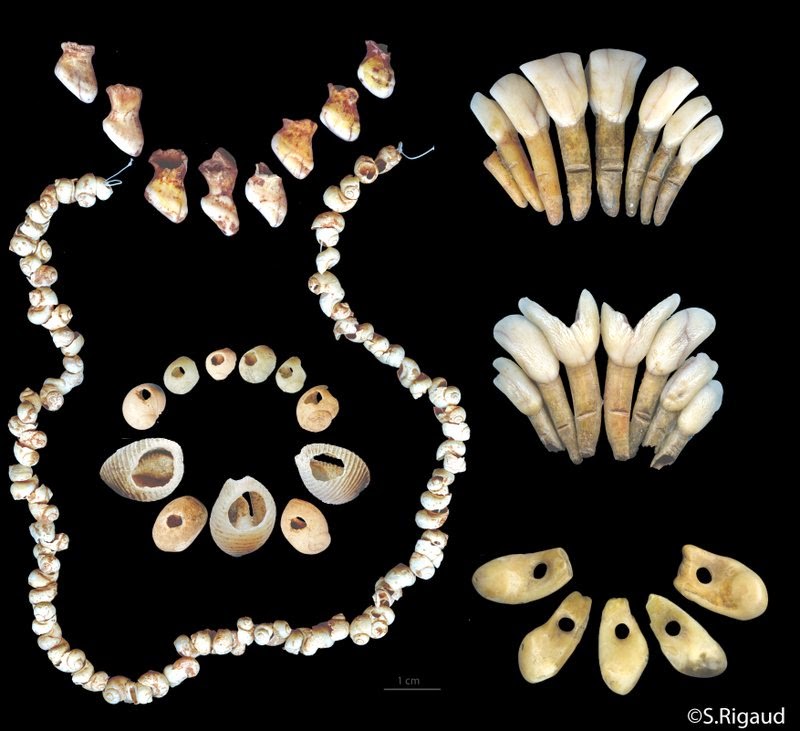 Solange Rigaud and colleagues have published an interesting look at the social or ideological side of the spread of agriculture in Neolithic Europe. Instead of looking at the usual indices of change -- house types, settlement types, pottery -- they decided to look at personal ornaments. They approached the problem with as few preconceptions as they could manage, simply mapping the distribution of well-dated ornaments (mainly beads) across Europe between 6000 and 3500 BCE. After mapping more than 200 well dated ornaments from both farming and hunter-gatherer societies, they found a remarkable correspondence between ornaments and everything else about these societies. Above, Mesolithic ornaments; below, Neolithic. (Those are deer teeth in the Mesolithic picture, not human teeth.) 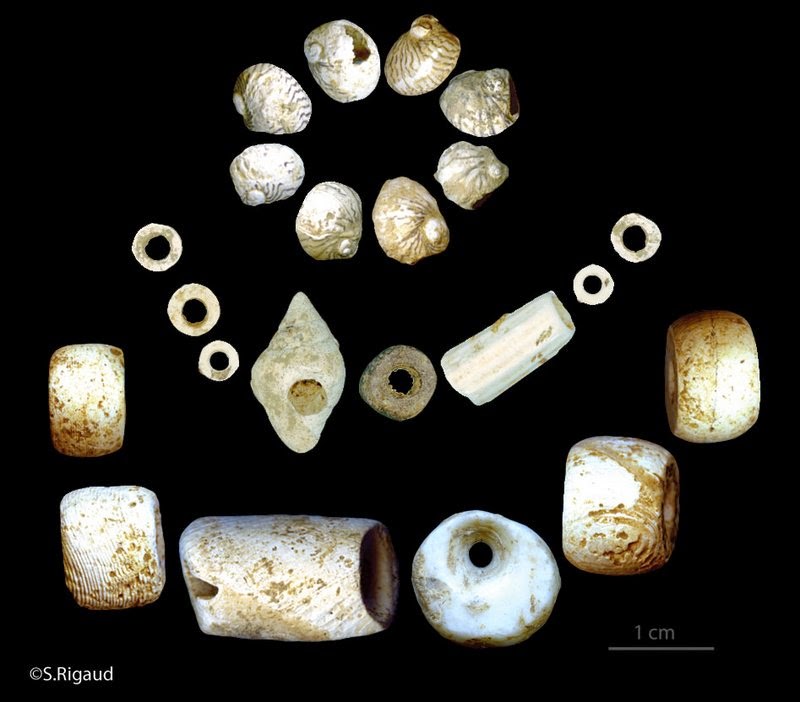 This is interesting in itself -- not only did farmers and hunter-gatherers live and eat differently, they looked different. 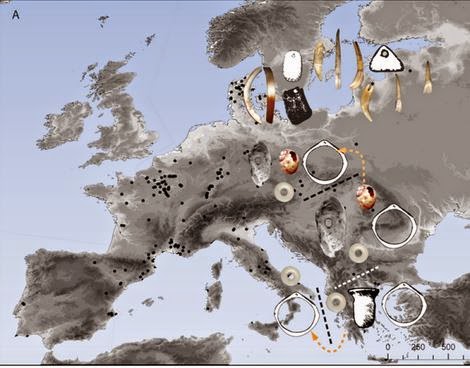 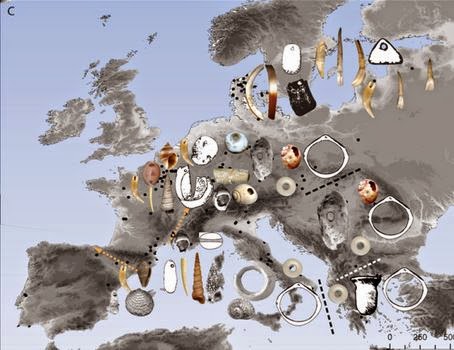 But there is more. Archaeologists think that across most of Europe the hunter-gatherer population was mostly replaced by immigrants from the Middle East, but that the Mesolithic natives held on in Scandinavia and the Baltic, slowly adopting farming and generally changing their ways. The evidence of jewelry confirms this. Consider the two generally awful graphics above. The first one shows the distribution of beads in the early Neolithic, the second one the distribution 1500 years later. You can see that while the imported Neolithic bead types came to dominate most of the continent, the very traditional Mesolithic forms survived unchanged in Scandinavia and the Baltic. Personal adornment was obviously not any sort of whim, and it must have been interwoven with other parts of their identities. The ornaments they wore probably displayed their ethnic or clan affiliations, or their status within their societies; they were not chosen because they looked cool, but as signs of who their wearers were. That identity was strong enough to maintain a near absolute division between the Baltic and the rest of western Europe, even after Scandinavians had adopted farming.
Posted by John at 7:16 PM