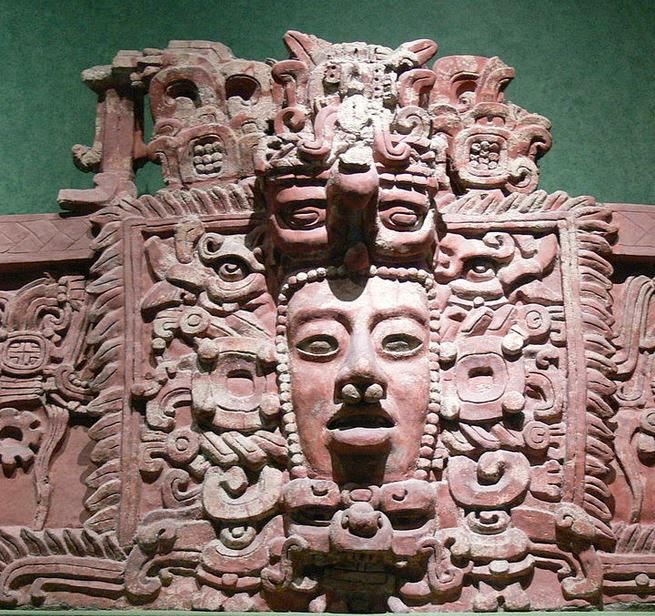 The latest from the study of climate change and Maya history:


Paleoclimate records indicate a series of severe droughts was associated with societal collapse of the Classic Maya during the Terminal Classic period (∼800–950 C.E.). Evidence for drought largely derives from the drier, less populated northern Maya Lowlands but does not explain more pronounced and earlier societal disruption in the relatively humid southern Maya Lowlands. Here we apply hydrogen and carbon isotope compositions of plant wax lipids in two lake sediment cores to assess changes in water availability and land use in both the northern and southern Maya lowlands. We show that relatively more intense drying occurred in the southern lowlands than in the northern lowlands during the Terminal Classic period, consistent with earlier and more persistent societal decline in the south.

So, according to this study, there was a severe drought that coincides with the collapse of the great Maya city states. This drought was also worse in the south than the north, helping to explain why Maya civilization continued in the north. But wait:


Our results also indicate a period of substantial drying in the southern Maya Lowlands from ∼200 C.E. to 500 C.E., during the Terminal Preclassic and Early Classic periods. Plant wax carbon isotope records indicate a decline in C4 plants in both lake catchments during the Early Classic period, interpreted to reflect a shift from extensive agriculture to intensive, water-conservative maize cultivation that was motivated by a drying climate. Our results imply that agricultural adaptations developed in response to earlier droughts were initially successful, but failed under the more severe droughts of the Terminal Classic period.

So an earlier drought was, they think, responsible for the adoption of the famous intensive agriculture that made possible the rise of the great Maya cities in the first place.

There is nothing logically impossible about this scenario; a mild drought might have inspired creativity that still could not cope with a much worse drought. But this reminds us of how complex the relationship is between climate and human civilization.
Posted by John at 12:18 PM