Ekaterina Smirnova was born in Novosibirsk, Russia, in 1981, and moved to New York in 2006, Her wonderful watercolors have started to get a lot of attention on the art scene over the past year or two. I love them. (Twilight, 2014) 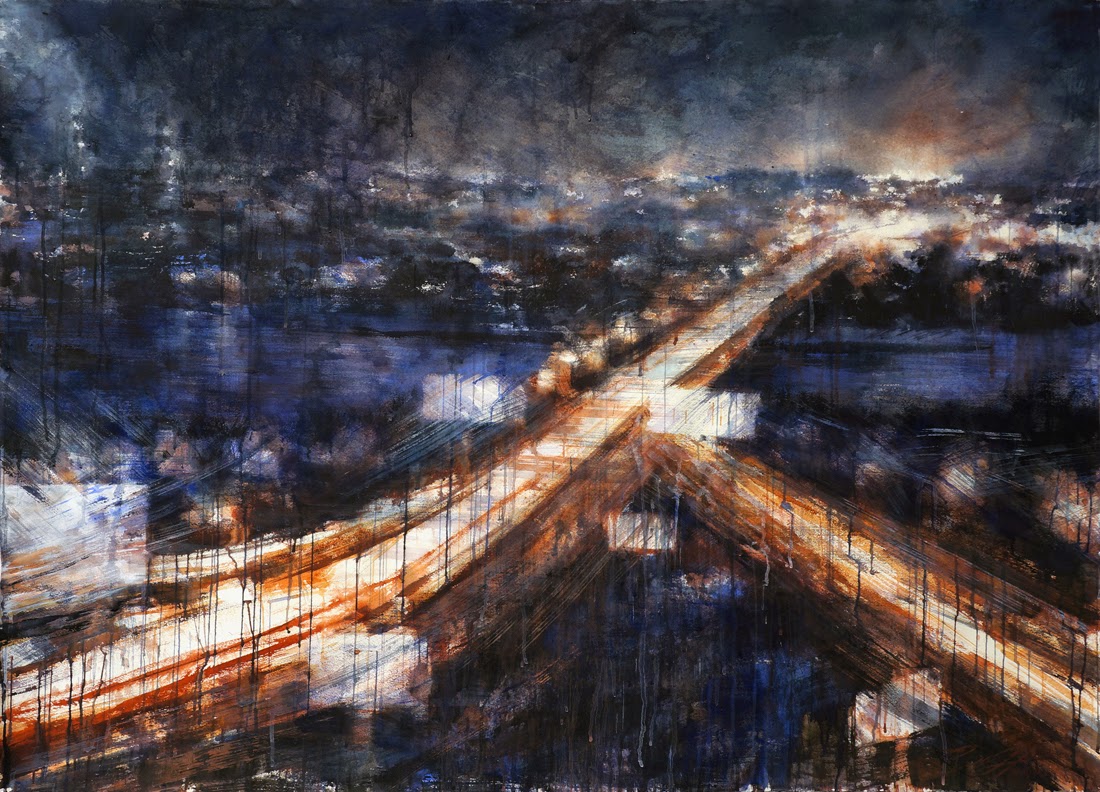 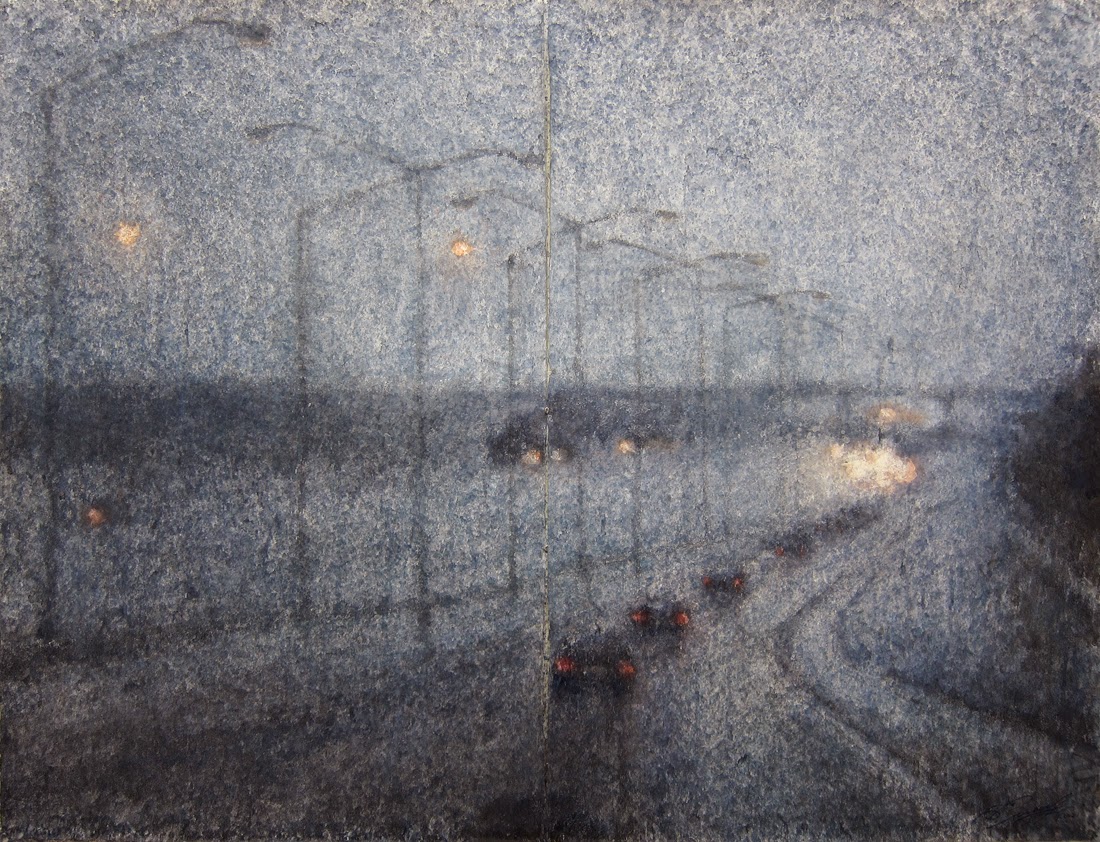 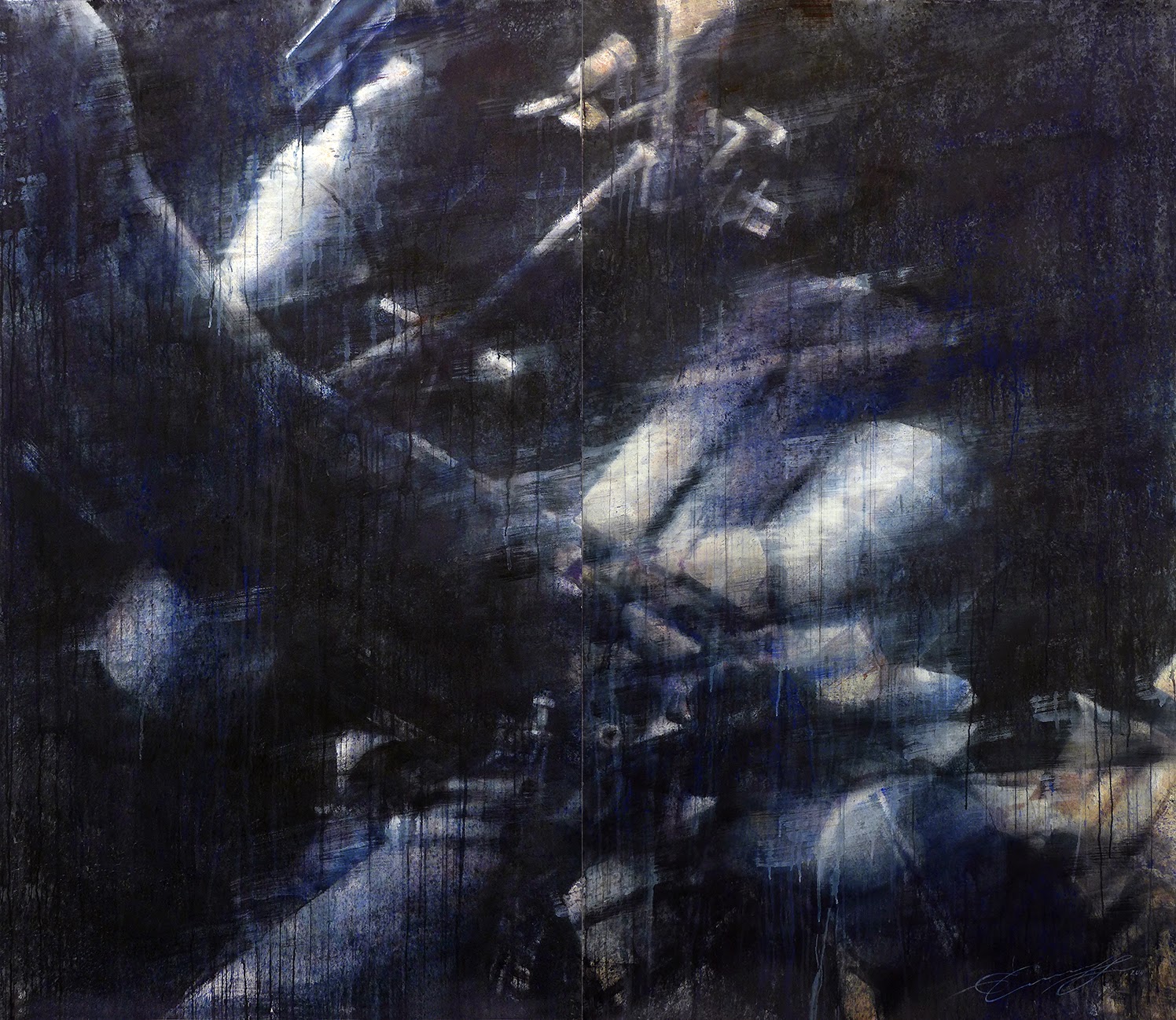 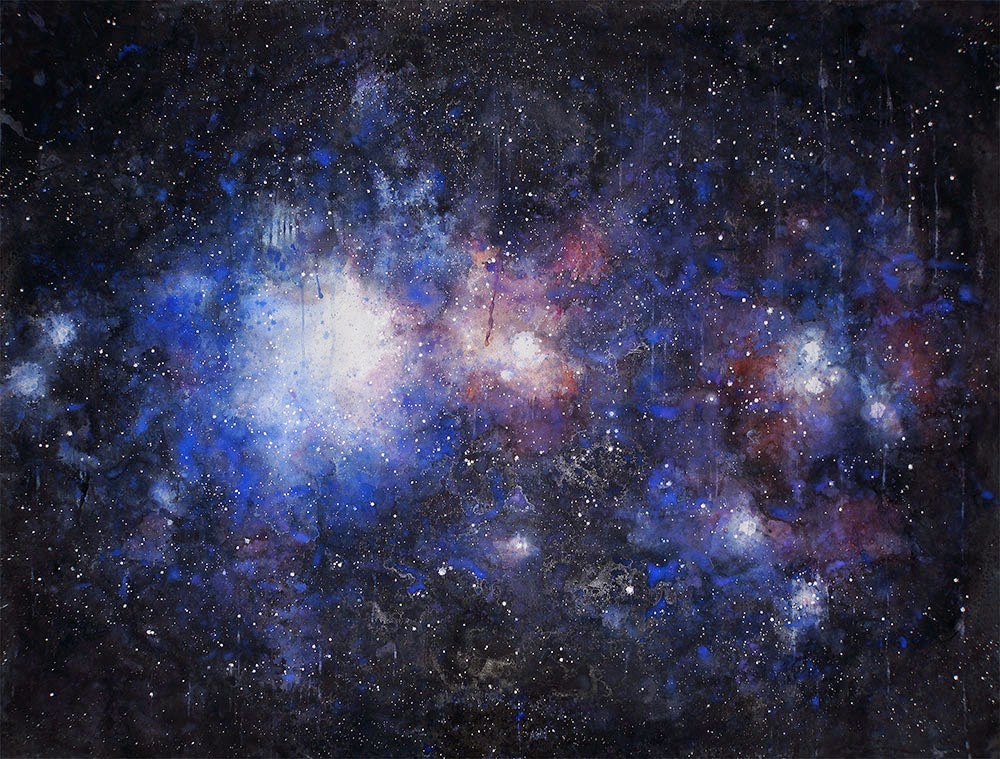 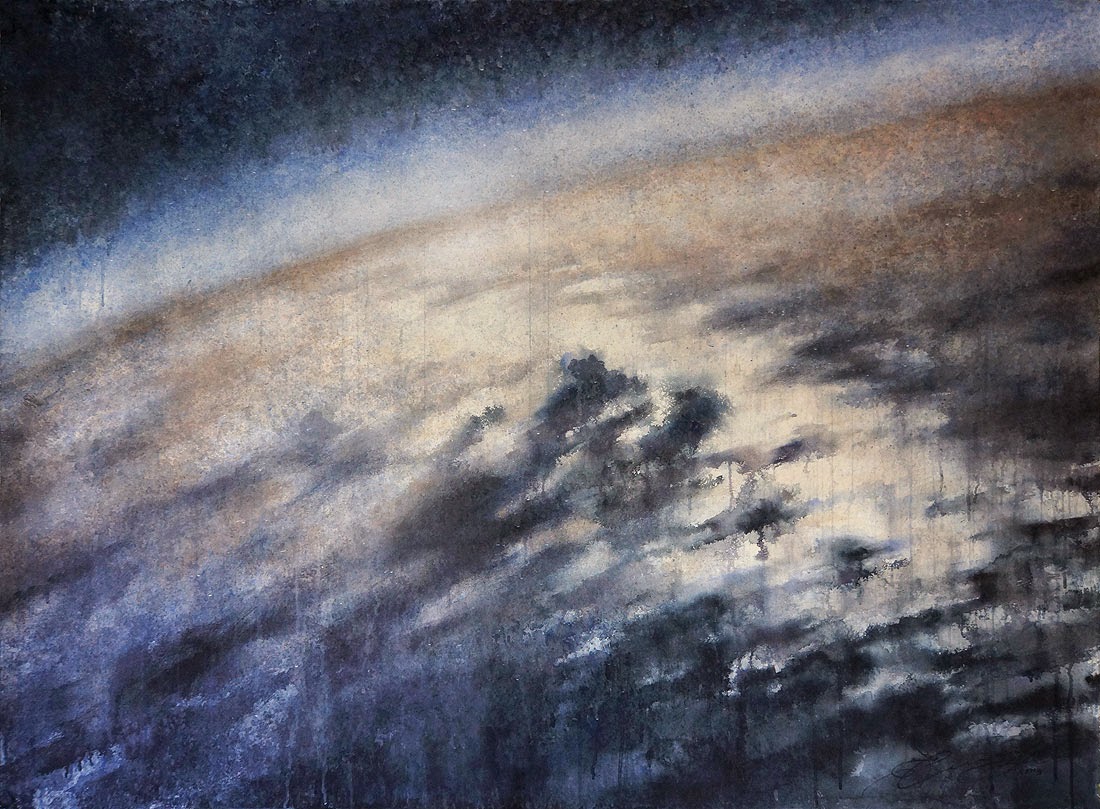 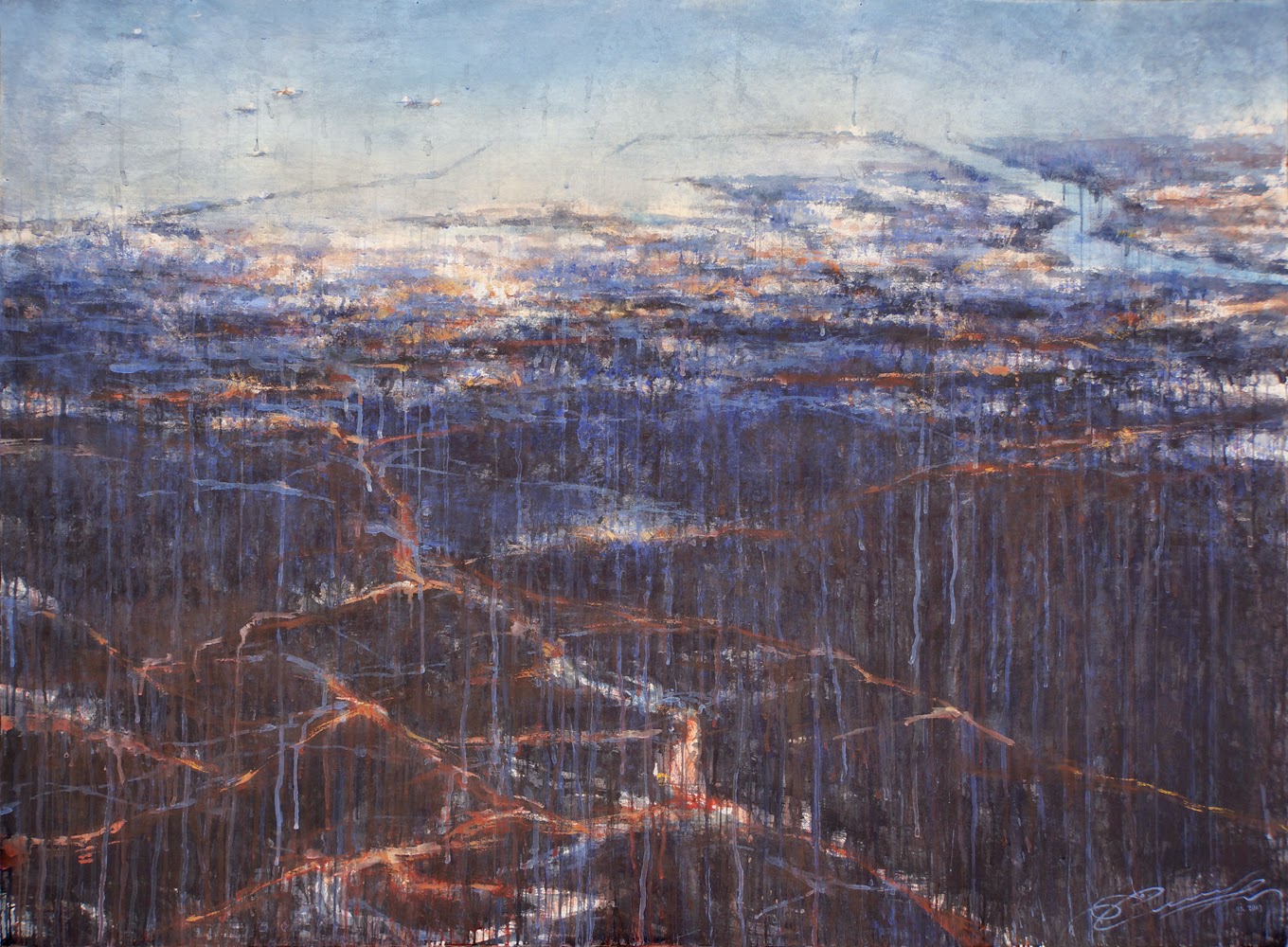 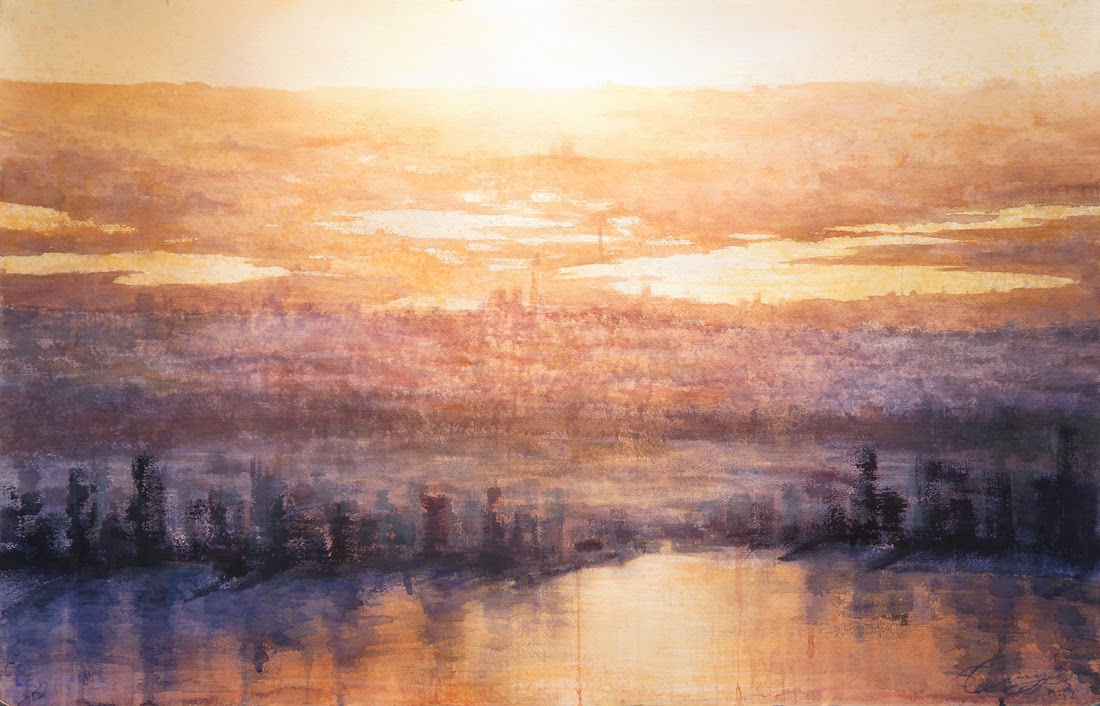 Colors of New Jersey, 2012. Of her work Smirnova says,


Living on the planet Earth, taking our place on it, being occupied with our daily routine is our destiny as human beings. Each of us is just a little part of the Universe, so versatile and limitless. I would like to understand our place in it, our triviality in the universal and our significance in the planetary scale. 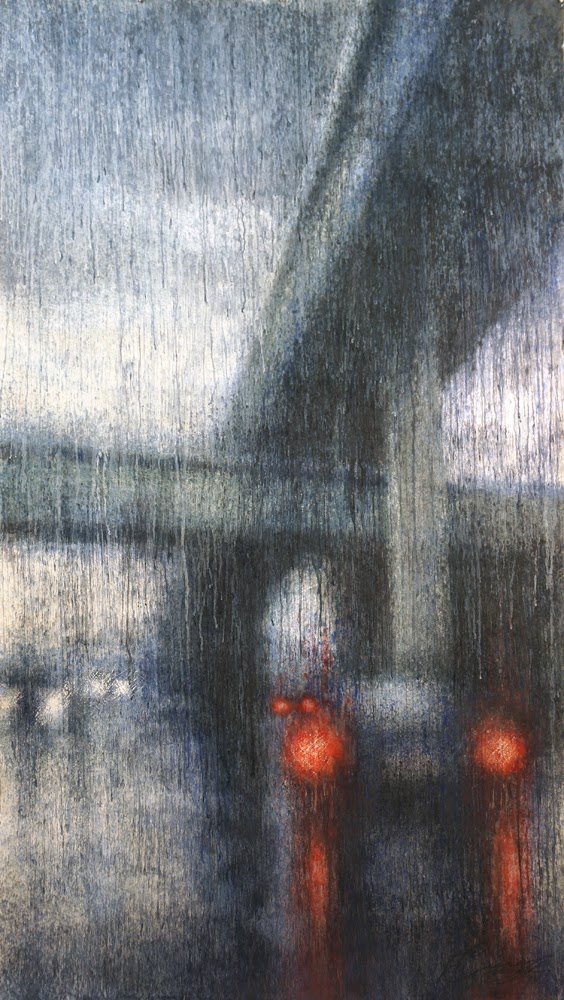 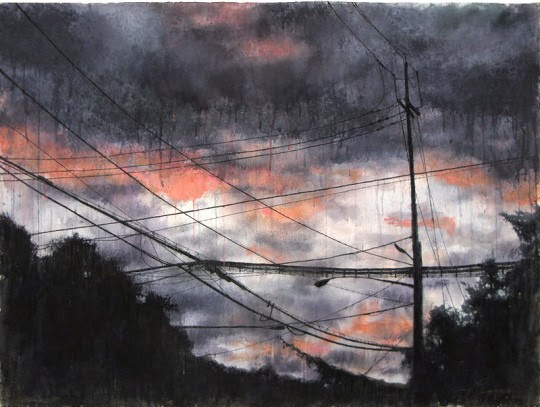 Wired Dusk, 2010. This pictures captures a feeling I often have when I see a lovely sunrise or sunset through a dismal industrial or commercial landscape, a little melancholy and wistful but with hope shimmering in the distance. 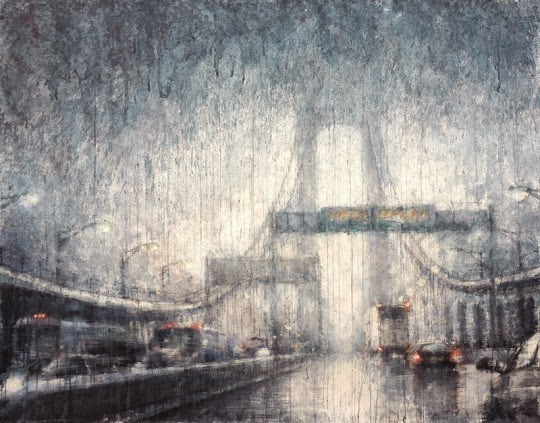 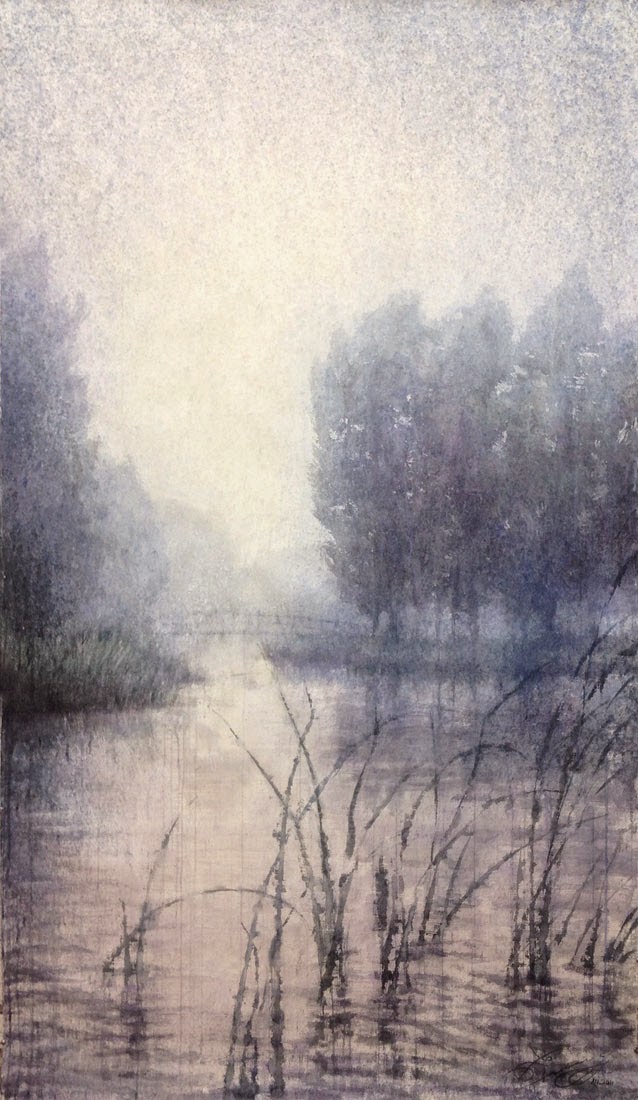