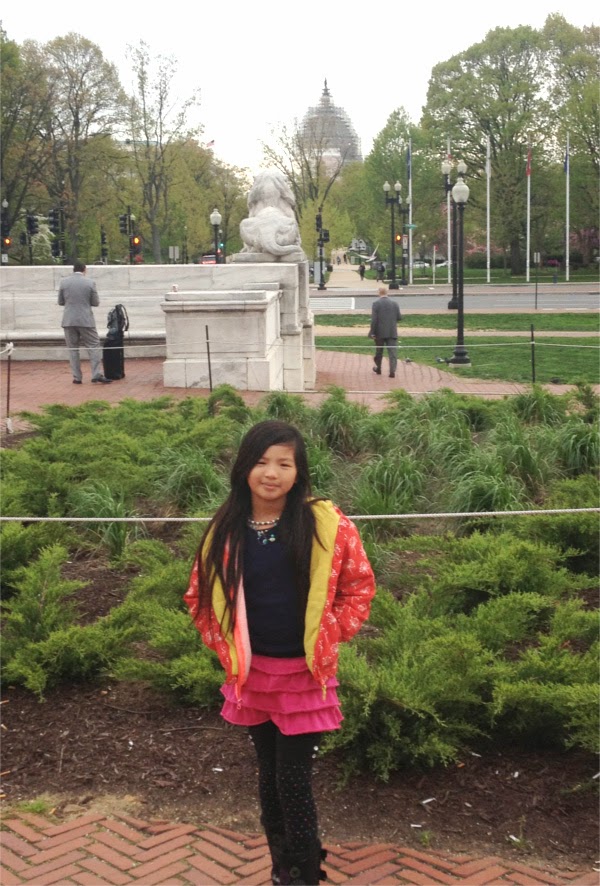 My company has a big to-do for Take Your Child to Work Day, six hours of workshops and speakers plus a catered lunch. I have spoken to the kids a couple of times about archaeology, but because it is so organized and determinedly educational I never thought my older kids would enjoy it. But Clara likes organized activities, so this year I brought her. Above, arrival in Washington in front of the sadly scaffolding-covered Capitol dome. 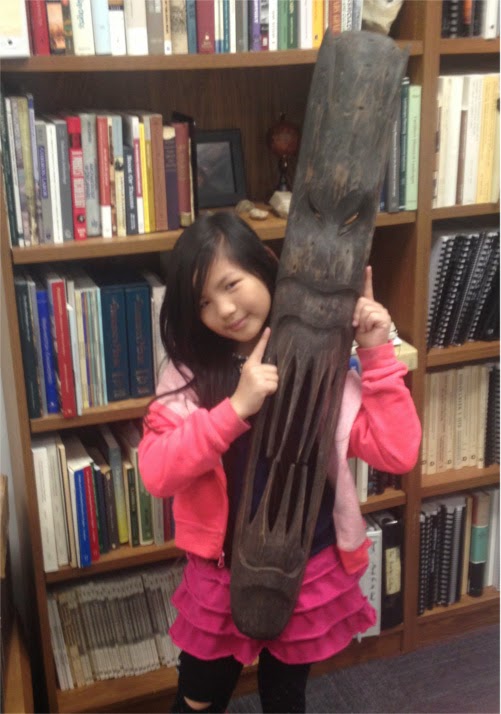 Clowning in my office before the events began. We came in on the train, which was packed, lots of people standing. This was partly because it is Thursday, always the busiest commuting day, but partly because there were several other kids being brought down to Washington by their parents. I would guess 20 to 40, since we could see three others from our seat. We saw others on the Metro, and our lunch pizza was an hour late because so many offices in Washington ordered pizza for the kids who came to work. 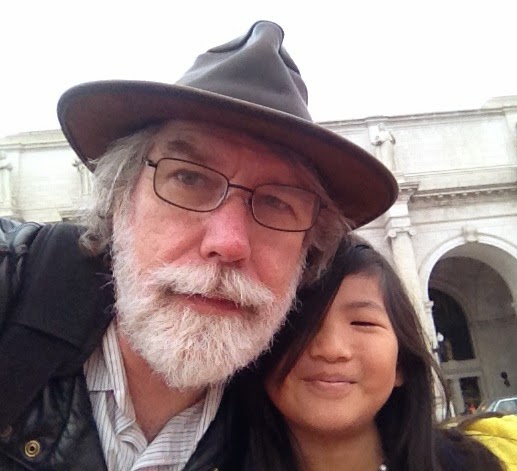 Parent-child selfie. I tried to take some pictures of the activities, but they are all dim and blurry. Anyway, it was a good day.

One of the other people who spoke to the kids was an architect I have worked with on a couple of projects. He told them something I thought was very interesting: the most important thing to remember about a design, he said, is that it does not exist. It is something entirely imaginary. Fascinating that after 35 years as an architect he chose that point to emphasize in explaining what he does to 10-year-olds.
Posted by John at 7:10 AM