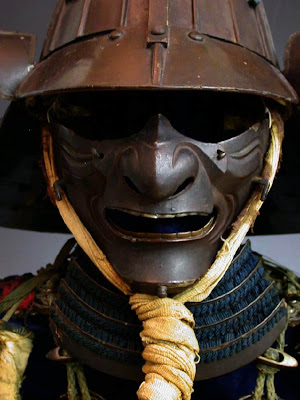 These elaborate samurai helmets date to the peaceful Edo period (1603-1868), so they were mostly for show. But the tradition of warrior masks seems to be old in Japan, as in other places. They protected the face and also solved the problem of putting on a fierce expression in battle, never easy for green soldiers. Worn by noble samurai for ceremonial occasions, the armor of the Edo period became a major art form, and master craftsmen devoted years to creating the most spectacular examples. 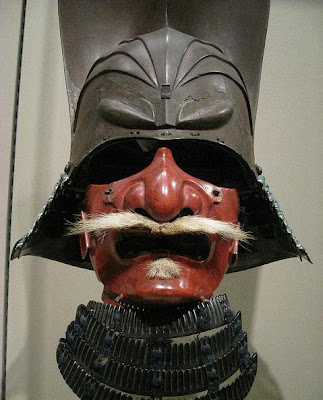 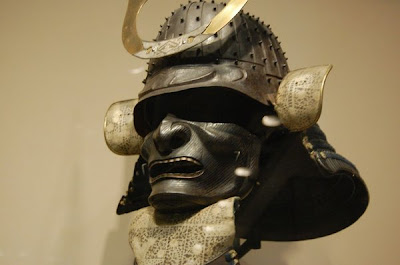 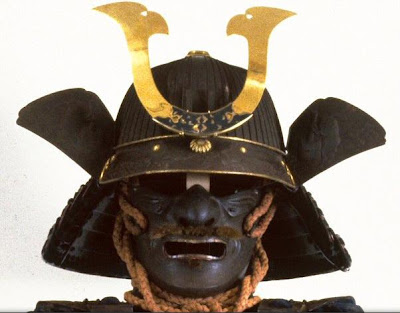 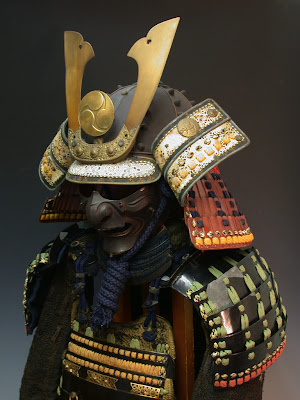 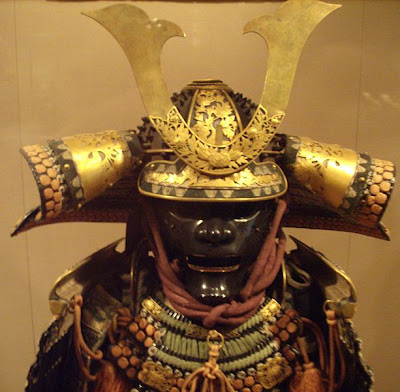 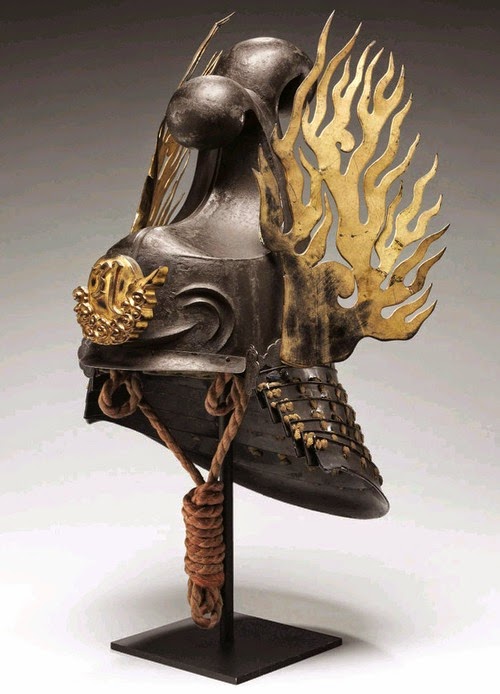 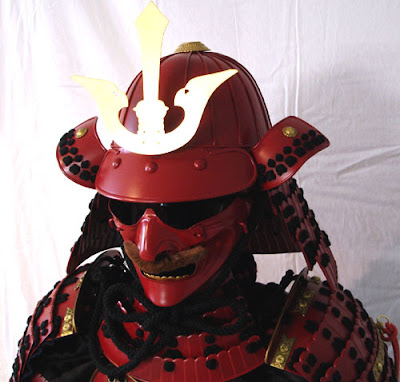 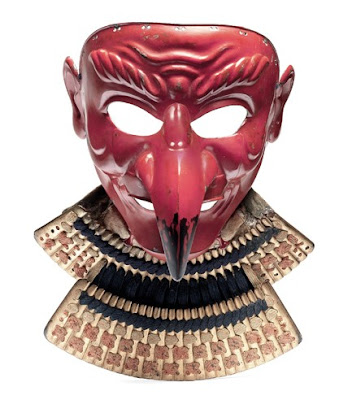 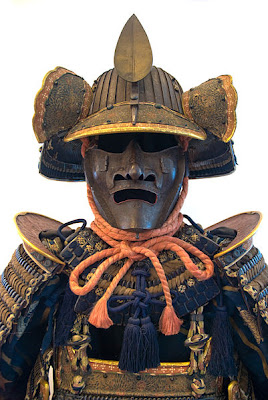 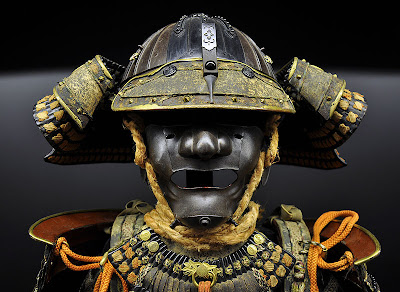