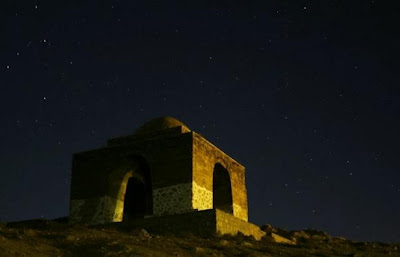 Zarathustra is the first prophet in human history whose name and teachings we know. Zoroaster, he used to be called in English, but this is a truly bizarre rendering of his Persian name, and the much closer Zarathustra is slowing gaining ground at its expense. Everything about the man is disputed, even whether he existed, but the hymns we think he wrote can be dated by their language to around 1500 BC. If that is right, he is one of the greatest innovators in our history, and one of the most important thinkers. Zarathustra probably lived in central Asia, somewhere between Kabul and the Aral Sea, the homeland of the Persian-speaking peoples.

Zarathustra taught that the universe is ruled by two great powers, Truth and the Lie, or Light and Dark, which battle constantly for control over the world and over the souls of each person. Morality consists in choosing the side of truth and light. So far as we know, Zarathustra was the first to imagine the universe as the battleground of good and evil. He was also the first to imagine that at the end of time there would be a great battle in which good would triumph, ushering in a perfect age. He also taught that there were two different afterlives, and that followers of the Lie would end up in a pit of darkness, while followers of Truth would reside forever in paradise -- which is just the ancient Persian word for garden. You might think, no, that is an obvious idea known around the world, it is part of the human inheritance and can't have been invented by one person. But that is not so. Good and evil have no part in most human cosmologies. This view of the universe was unknown to most civilizations until Zarathustra's teachings entered post-exile Judaism and spread from there to Christianity and Islam and thence around the world. American Indians had no such notion, nor did the Greeks, the Romans, the Australian Aborigines, or anyone else I know of. Most Chinese people still find it puzzling, while advanced Hindu thinkers consider it childish. 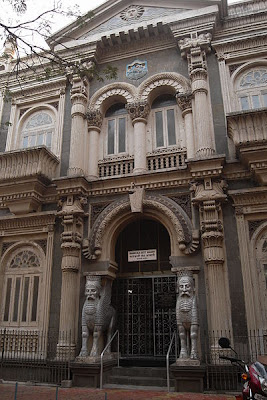 The place of dualism in the monotheistic traditions is unstable, for it does not really fit with the vision of one supreme god. Theologians in all these religions emphasize that God is ultimately the author of everything, whether good or bad -- "there is no evil in the city that God did not put there," in one classic formulation. Yet the idea that since God is good, evil must have some other source, keeps coming back. Satan, the great adversary, entered Judaism long after the age of David and Solomon, probably under Persian influence, and he grew in stature until he could be said by many to be the true lord of this fallen world. One day God would triumph over him -- which is a weird way to imagine an omnipotent God acting, but that is the language of the hymns -- and his influence would be cleansed from the world, which would then be perfect. Among modern monotheists, it is the Shi'ite Muslims of Iran who dwell most on the power of evil in this world, and the need for a cleansing divine victory at the end of time. Most likely this is the inheritance of Iran's ancient religion, the teaching of Zarathustra. (That is what Sunni Muslims say, and western religious scholars agree.) Modern religions are therefore hybrids, combining the monotheism of Hebrew prophets with the dualism of Zarathustra, and his sense that this world is under siege by darkness in a struggle that we can assist in by taking the side of the light.

This is on my mind because I just finished reading In Search of Zarathustra by Paul Kriwaczek (2002). I loved his more recent book, Babylon, and when I heard about this book I immediately ordered a copy. In Zarathustra Kriwaczek combines history with travelogue, giving us equal parts historical exposition and accounts of visits to archaeological sites from Afghanistan to France. In places it is delightful, but on the whole it does not hold together very well. Breaking up the history according to how it relates to various sites makes for a jumble, and I kept wishing for a narrative in chronological order. Some of the travelogue is also kind of tedious, and only a few of the places really come alive. They also seemed random, more a series of separate visits than one journey. I found the scholarship uneven. Kriwaczek tends to build his narration around the works of one scholar, which sometimes left me with no sense of what is accepted and what controversial. I was unimpressed by his treatment of Roman Mithraism, which devoted more space to his boyhood visit to a temple of Mithras uncovered in 1950s London than to the question of whether Mithraism really had anything to do with Zarathustra's teachings. 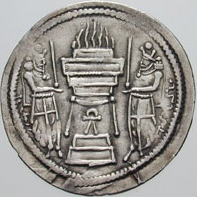 Still, I finished the book, and mostly enjoyed it, and if you want an entertaining introduction to Zarathustra's teachings and their place in history, I know of nothing better.

(Picture at top shows an ancient Iranian fire temple, the one below a Parsi or Zoroastrian temple in Mumbai, India, built in the eighteenth century.)
Posted by John at 9:41 AM