A Lost Airplane is Found, but the Pilot Remains Missing 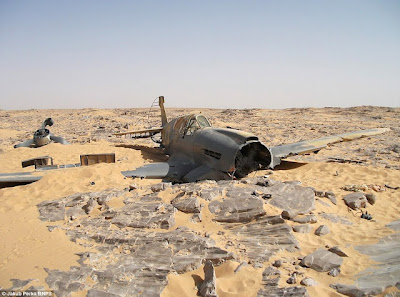 In June, 1942, RAF Flight Sergeant Dennis Copping was flying a P-40 Kittyhawk fighter over the Egyptian desert when he was hit by enemy fire. He radioed that he was returning to base, but then disappeared and was never heard from again. 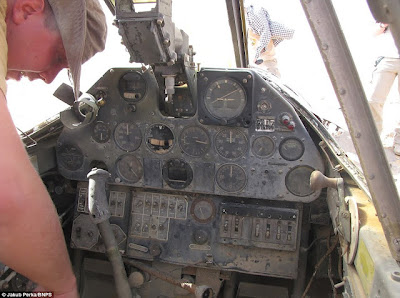 His plane has now been found, 200 miles from the nearest town. Nearby was his parachute, which he seems to have used as a makeshift shelter while he waited for a rescue that never came. His bones were not discovered, so he must, eventually, have tried to walk out, leaving a lonely corpse somewhere in this wasteland, just another one of World War II's 55 million victims. 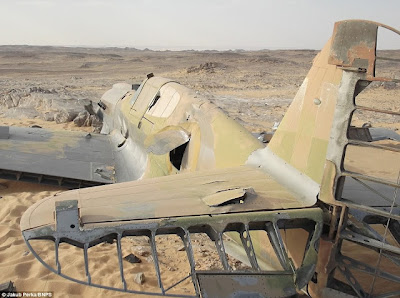