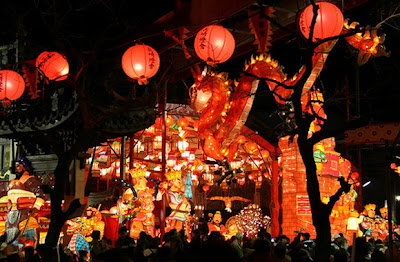 Interesting article by Barbara Demick in the LA Times about happiness research in China:


Nearly a dozen different polls, some commissioned by government agencies, have recently tried to gauge the happiness of the Chinese people. The answers aren't always what the leadership is looking for.

In advance of the National People's Congress, a state-owned information portal, China.com.cn, polled 1,350 people and discovered that only 6% listed themselves as "very happy," as opposed to 48% who were distinctly "not happy." (The rest were "so-so" or "unsure.") A news story reporting the unhappy results in the English-language China Daily was promptly zapped from the Internet.

The results of another poll must have been even more alarming to the powers that be. Gallup last month ranked China 92nd out of 124 countries in a poll in which people assessed their own "well-being." Only 12% of Chinese described themselves as "thriving." That put China roughly on par with Egypt, Libya, Yemen and Bahrain, countries where the discontent bubbled up in the form of popular uprisings. Denmark led the pack with 72% of people reporting that they were thriving, while the United States came in at No. 12, with 59%.

Demick correctly identifies one of the main contributors to China's dissatisfaction:


Swift change, even positive change, can breed discontent. "People respond dramatically to change, good or bad. In our studies of happiness, we find that people can't get used to the new situation," said Wang Fanghua [a Chinese happiness researcher].

This is something to keep in mind whenever you consider why modern people are not happier than their ancestors, and why people become conservatives. Tradition is very comforting; I would say, in fact, that to be in touch with tradition and to feel connected to our ancestors is one of the main sources of human contentment, and one of the main ways we insulate ourselves against life's disasters.

Another factor that probably matters in China right now is the perception of unfairness. People are less sensitive to the absolute level of income they receive than they are to whether it is fair. To get more money is nice, but if your neighbors get even more for no obvious reason, that can make you worse off. So these Chinese researchers have found that


Many of those surveyed blamed corruption and an unfair social system for their hardships.

Of course that may not be true; hardship is something we all face. But in China right now many people have gotten rich through corrupt or semi-corrupt means, and the rules about what is acceptable seem constantly to be shifting. This breeds dissatisfaction.

The libertarian program of less community, less government, and greater rewards for individual effort would almost certainly not make us happier. It is the Scandinavians, who have sacrificed their opportunity to get rich for life in stronger, more equitable communities who are the world's happiness champions.
Posted by John at 11:42 AM