The Musée des Confluences is a new museum of science and industry under construction in Lyon, France, at the confluence of the Rhône and Saône Rivers. The museum is part of a major redevelopment planned for an old industrial area. The design is by the Austrian firm Coop Himmelb(l)au, who say in some of their advertising "we design the future."

Personally, I think this looks more like the future where evil emperors command droid armies than one I much want to live in, but it is a cool design for a museum largely devoted to technology. 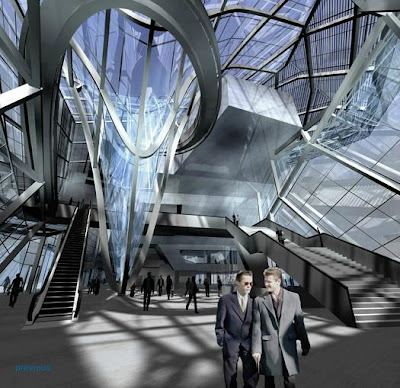 Nice setting for a dialogue between two imperial commanders, I would say. 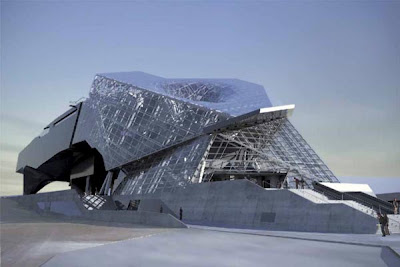 Is this a building or a giant land attack craft?

This part of the building is about to spawn a pseudopod onto the heads of the visitors. 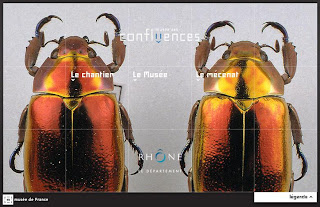 The museum's web site is already operating, in French, and it looks quite cool.
Posted by John at 10:07 AM