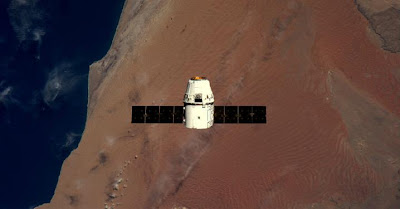 The SpaceX Dragon capsule docked at the International Space Station this week, an event that is getting a lot of attention.

But why? Private companies have always built America's rockets and space ships, maintained them, built our launch pads, and so on, and they have been launching satellites for some time. What they don't do themselves is supply the money or the rationale for space exploration, and they will not do any such thing in my lifetime. After all, all the Dragon capsule did was carry supplies to the International Space Station, a government-funded and designed effort to -- what, exactly? I have never gotten the ISS. What is it for?

Until we figure out how to get to Mars, there is just no point to sending people into space. We should shut down the ISS and the rest of the manned space program and spend the money on developing the kind of technologies that will be needed for reaching Mars.
Posted by John at 7:38 PM