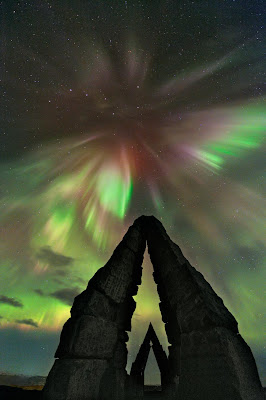 From the picture above, by Stephane Vetter, I discovered the existence of something generally known in English as Arctic Henge. This is a contemporary monument under construction in a bleak part of northern Iceland, its main axis aligned due north and south.

But there is much more to this monument that just the one alignment:


The Arctic Henge at Raufarhöfn is under construction. The Henge will harness the Midnight Sun at the Arctic Circle. It is inspired by the mythical world of eddic poem Völuspá (Prophecy of the Seeress). The Henge will be 52m in diameter, containing a Dwarf Path including the names of 72 dwarfs which form a year-circle in which each dwarf has five days. A crystal at the top of an 8-metre-high column will throw light all over the Henge. Each dwarf will have his name and character, and visitors can find their own Birthday Dwarf.

I want a birthday dwarf! 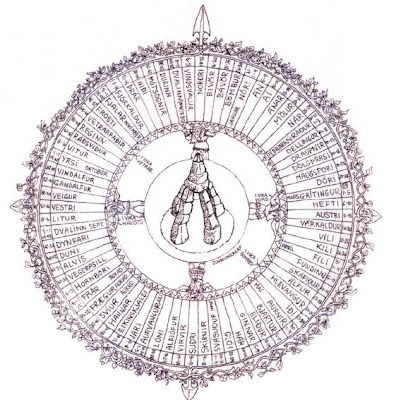 This seems to be the dwarf calendar, in which I am a Dori. The notion that the catalog of dwarves from the Völuspá represents a calendar is not mainstream scholarship; I have never encountered it before. I would love to know more about the ideas of the people building this thing, but all their online stuff is in Icelandic. 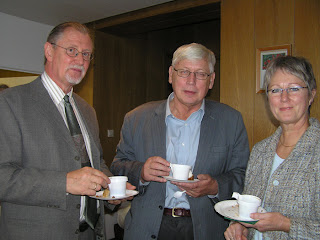 The Icelanders call this project Heimskautsgerðið. They look like perfectly normal people. For Icelanders, anyway. 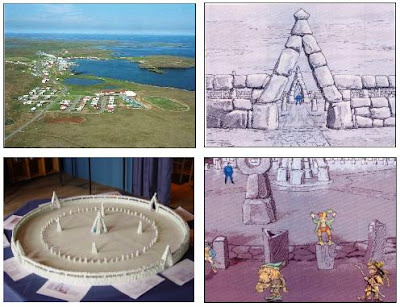 Well, power to them for finding something exciting to do on the north coast of Iceland. May it bring them much joy, and many visitors with money to spend.
Posted by John at 5:36 PM

This project is placed on hold due to lack of funding in recent years.

Land owners have been working to complete funding to get the work completed.

However, the people in the picture are far from being "normal". Politicians, ministers and other similar people.