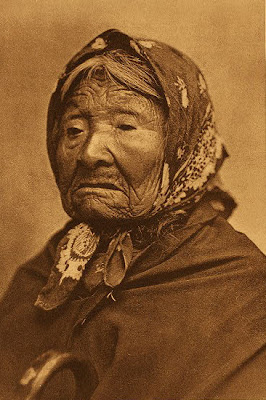 In 1896, Seattle-based photographer Edward Curtis (1868-1952) got the idea to photograph "Princess Angeline," daughter of the famous Chief Seattle and the so-called "Last Indian of Seattle." 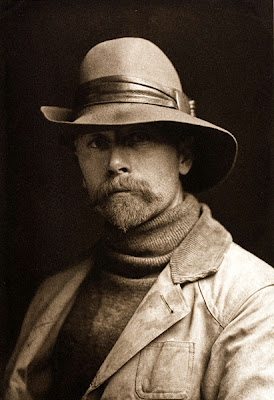 Angeline impressed Curtis (above, self portrait) so much that he decided to embark on a lifelong quest to photograph and later film American Indians and their disappearing way of life. Curtis was after tradition, and he "was not above paying modernized Indians to dress up in disused bearskin robes to stage long-dormant traditional ceremonies."  This makes his work somewhat controversial. Curtis was more interested in the past than the present, which some Indians consider dismissive, and some of his subjects may not really have gotten the details of their dying traditions right. But Curtis made many Indian friends, and many Indians relished the opportunity to have their old ways recorded and then published in the 20 volumes of The North American Indian. Whatever his mindset when he started the project, by the time he finished Curtis was very much a partisan of contemporary Indians in all their struggles. 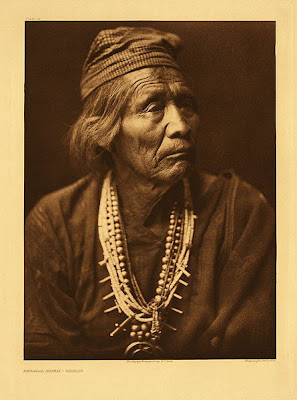 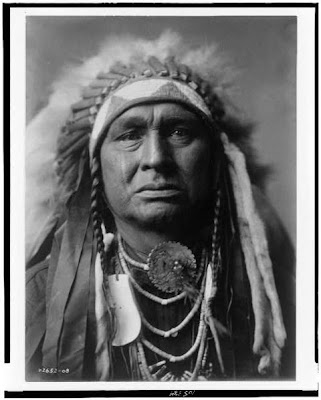 Crow scout White Man Runs Him (1908), who fought with Custer in the Little Bighorn campaign. 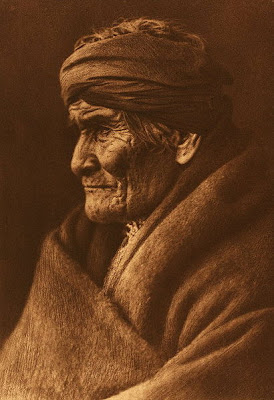 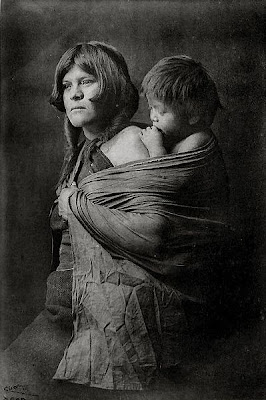 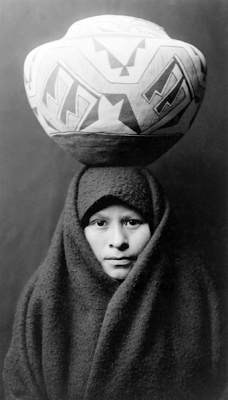 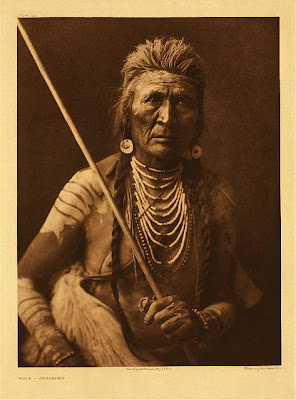 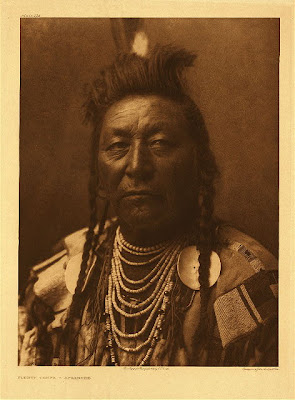 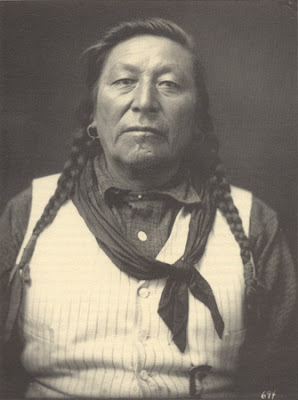 Two portraits of Plenty Coups, Apache, as he normally dressed and in ceremonial regalia.
Posted by John at 7:41 AM