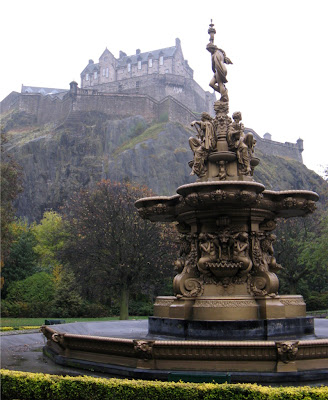 Spent more time today walking around Edinburgh. It was a very gray day, as you can tell from the pictures, but pleasant enough. When I took the picture above of Edinburgh castle looming over a fountain in the park below I thought, "with better light that would be a great picture." I later saw postcards of exactly this shot, but taken on a sunny day. 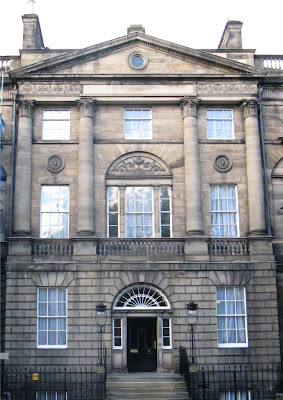 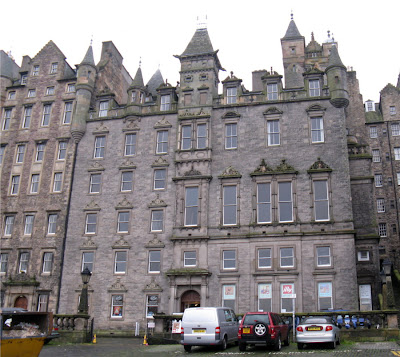 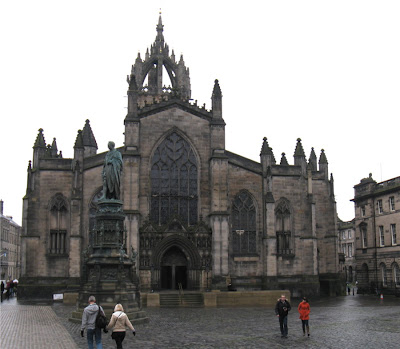 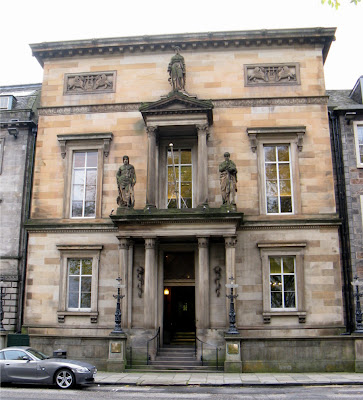 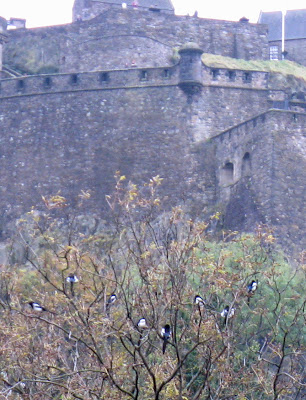 When I shot this much zoomed photo of magpies in the park below the castle I thought I was getting seven, i.e., a secret never to be told. But close inspection shows that there eight, which I don't think counts for anything. 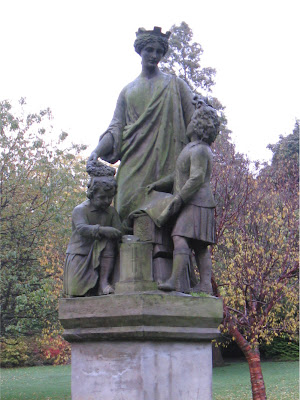 Who might this mysterious woman be? Is she perhaps Wisdom crowning the schoolchildren of Scotland with knowledge? Patience crowning them with virtue? Mixed capitalism giving them good jobs? 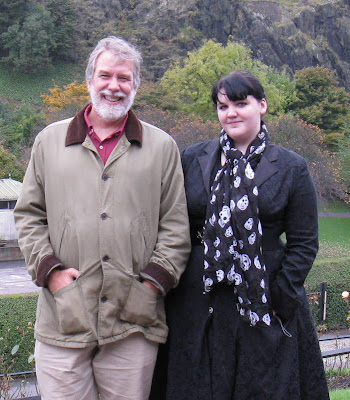 In the afternoon I met up with my daughter Mary for a couple of hours. We went to the Royal Gallery and then had bland British food for lunch. Smushed peas! Tomorrow we rent a car and drive north.
Posted by John at 2:05 PM