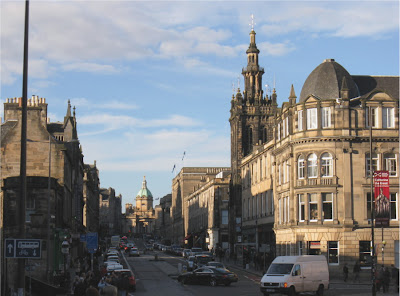 I stumbled off the bus into the middle of Edinburgh around 1 o'clock this afternoon, local time. After emailing my wife from a cafe at the train station to let her know I had arrived, I started off walking. I meant to take a short walk before I went to my hotel to drop off my baggage, but I just kept going one more street and then one more until I had been walking for three hours straight, bag on my shoulder and suitcase rolling behind. 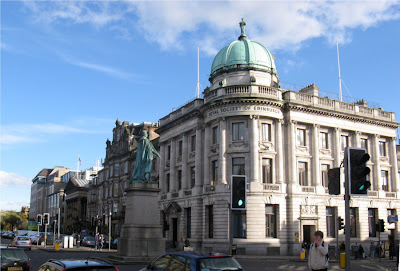 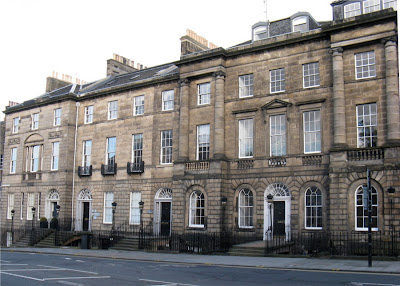 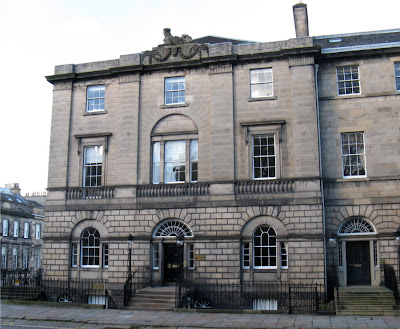 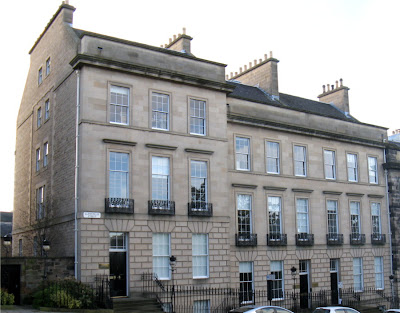 Edinburgh was one of the great cities of the Enlightenment, the home of David Hume, Adam Smith, and a whole society of other practically-minded philosophers. This was the city's great age of architecture as well, when a whole new section was built for the city (the "New Town") in this severe, classical style. 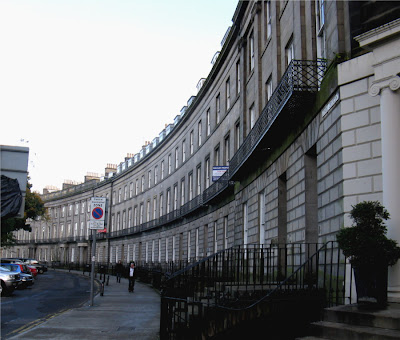 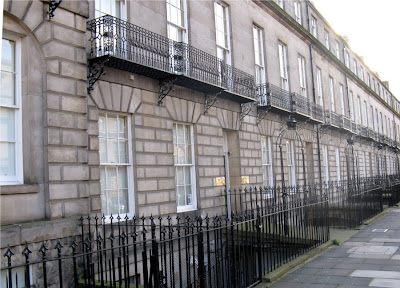 An amazing number of whole blocks survive intact from the 1765 to 1840 period. I would have more pictures except that every street in Edinburgh seems to be torn up for a big light rail project. 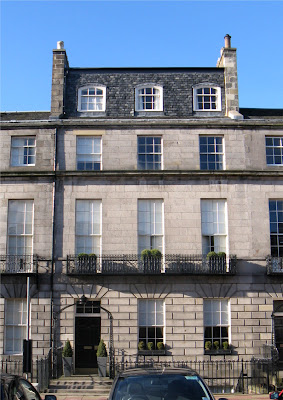 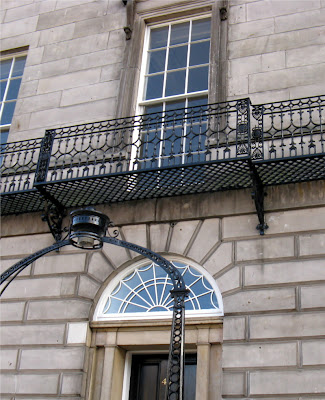 These buildings are not really to my taste, soft-hearted romantic that I am, but the effect of whole neighborhoods in this style is very impressive. I could not stop exploring until my sore shoulders and feet dragged me to a stop. 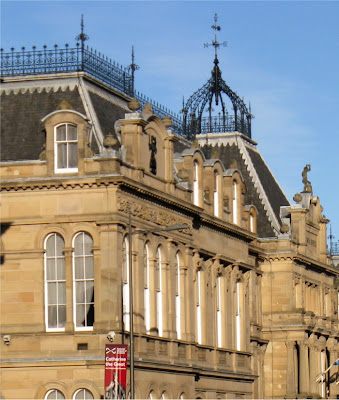 In the other parts of town different architectural styles mix, including more elaborate sorts of neoclassicism, neo-gothic, modern, and even some things that are just old. 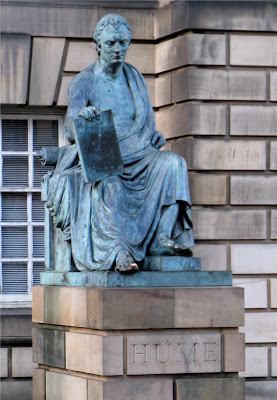 David Hume who, I am quite certain, would not have been caught dead dressed like this. 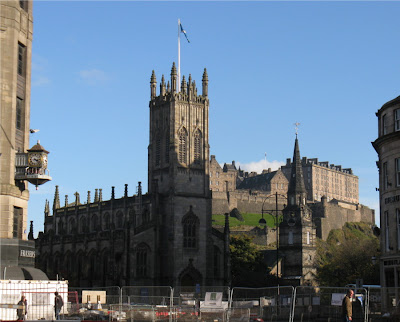 I'm off to bed now, but I can't wait for tomorrow. This picture shows Edinburgh Castle looming over the city, with some nice light rail construction in the foreground.
Posted by John at 3:26 PM