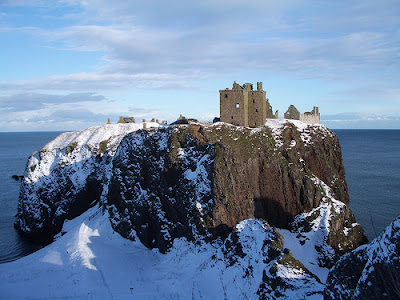 Dunnottar Castle sits on a picturesque headland on the east coast of Scotland, south of Aberdeen. Most of the standing ruins date to the 15th and 16th centuries; the keep or tower house dates to the 14th. There has been a fortress on the site since at least the 7th century, and the castle here figured in the war between Edward I and William Wallace. 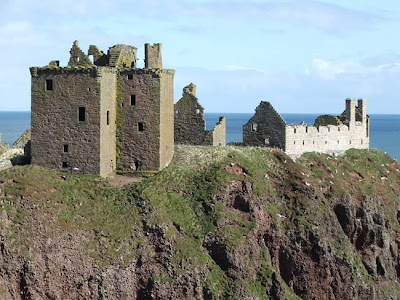 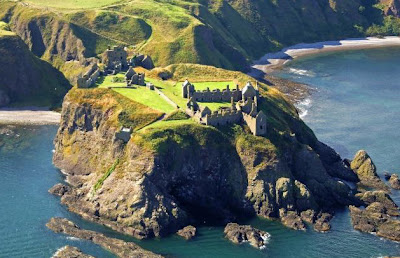 The most famous incident in the castle's history came in 1651, when an English army besieged it for eight months, trying to seize the Scottish crown jewels. The English eventually took the castle by bringing up heavy cannon, but the jewels had been smuggled away. Marks of these cannonballs are said to still be visible on the keep. 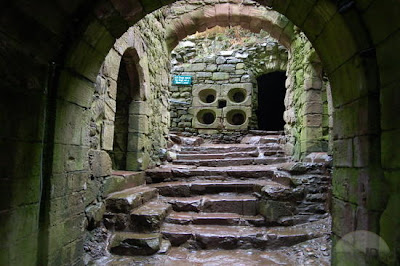 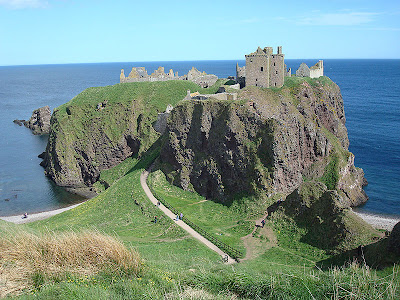 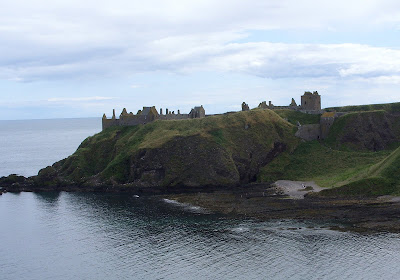 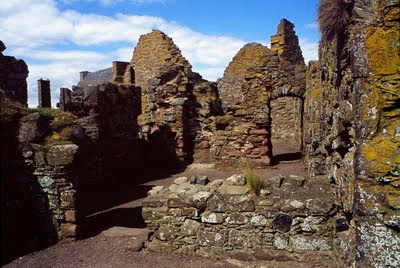